The duty of a police officer is to take care of their community — and not only about people, but also about animals.

That’s what one touching photo shows of a sheriff’s deputy who did his best to comfort an injured dog.

In December 2018, Deputy Josh Fiorelli of the Osceola County Sheriff’s Office in Florida arrived at the scene of an accident where a

He was the only one next to the dog. He contacted animal control, but as he waited he realized that he needed to do something special for the dog as it lay injured on the cold ground. 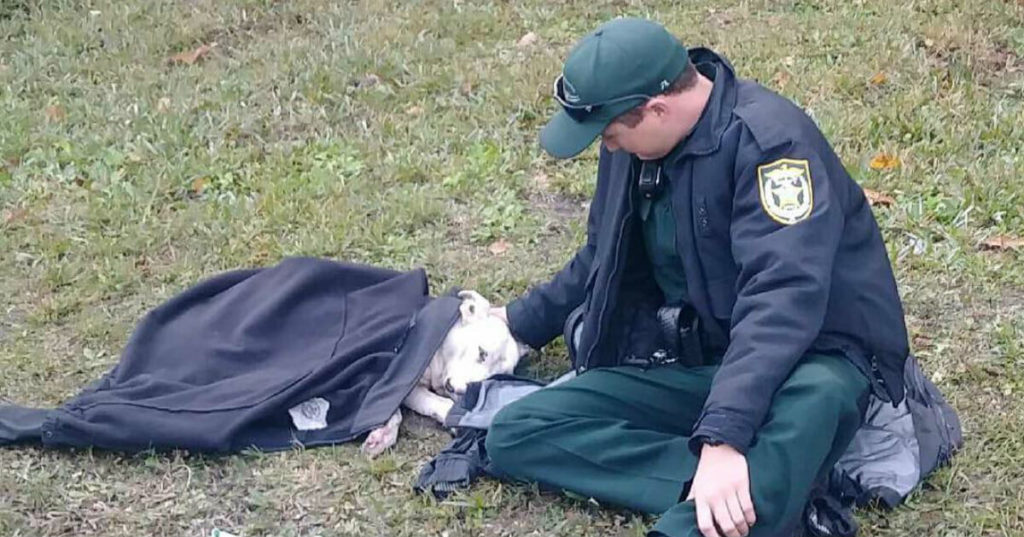 “It was cold out. She was wet,” Fiorelli told. “She didn’t have anyone there so I decided to be that person.”

He wrapped a coat around the dog and comforted her with pets. The dog appreciated his kindness.

“I know a lot of dogs become defensive when they get hurt,” the deputy said. “She was not defensive at all. She was acceptive of me trying to pet her and take care of her.”
It was a simple act of kindness, not done for attention or publicity, but when a bystander took pictures of the heartbreaking scene, Fiorelli was hailed as a hero.

“Thank you Deputy Fiorelli for serving with care and compassion,” the Osceola County Sheriff’s Office wrote.

As for the dog, she had a dislocated leg but was otherwise expected to make a fully recovery. She was brought to Osceola County Animal Shelter, who scheduled a surgery for the dog.

She did not have a microchip and the shelter waited for someone to claim her. It’s unclear if anyone ever claimed the dog or if it was put up for adoption.

But the important thing is that she had a kind person by her side when she needed one the most.

Fiorelli hopes his new friend finds a good home and gets a microchip: “Keep an eye on them. They may only be a part of your life, but you’re their whole life,” he told .

Thank you Deputy Fiorelli for your touching act of kindness towards this poor dog! Share this touching story.