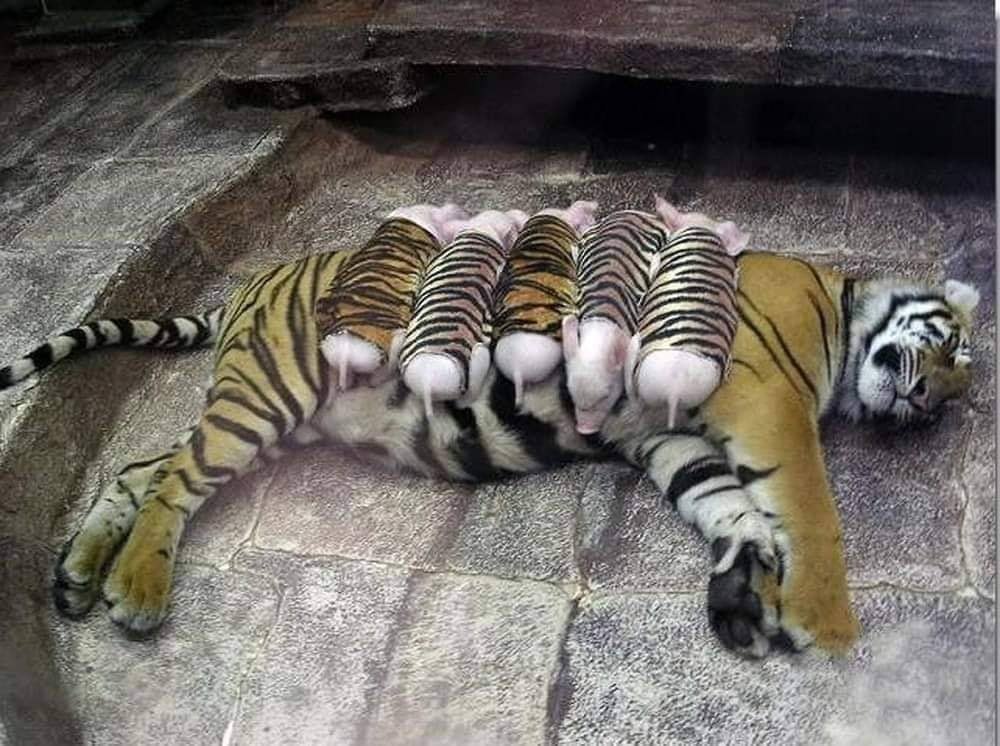 A tigress has babies at a zoo in Thailand. Unfortunately, the cubs did not live long. For the animal, the death of the children was a real blow, the tigress became depressed, she almost did not move and did not eat anything. 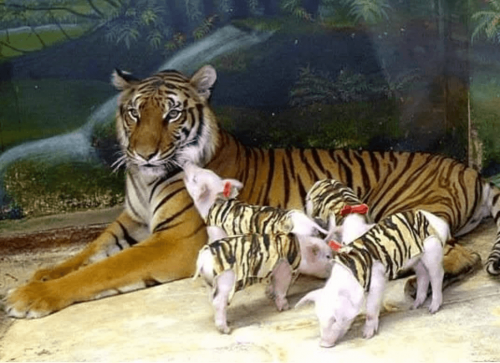 The zoo staff knew that the animal needed time to cope with its grief, but they feared that the refusal to eat would lead to death from exhaustion before the tigress recovered.

To help their ward, the zoo staff resorted to a trick: they sewed tiger-colored suits for the little piglets, after which they were placed in a cage with a grieving mother.

Unusual babies did not surprise the tigress, she accepted them and surrounded them with care, thanks to which she herself began to recover.