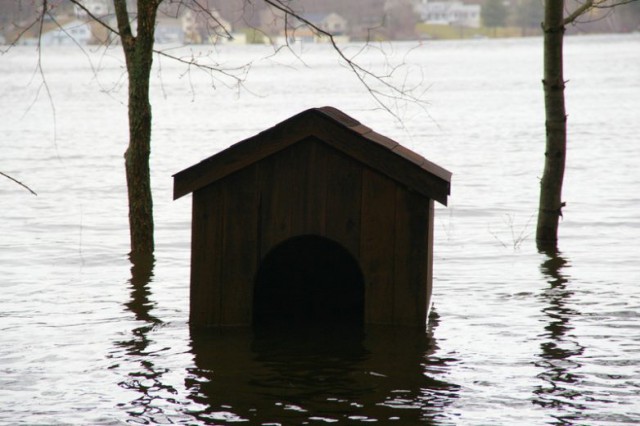 A homeless dog lived in an old booth near the river. At the beginning of winter she had puppies, Asya and Yasya. Volunteers fed the mother and babies, they also tried to tame an adult dog and find a home for her children.

Once again, having come to feed the animals, the volunteers did not find their booths in their usual place. The house was quite large and it would not have been possible to carry it away just like that. Disappeared not only the booth, but also the kids. The frightened mother dog ran along the shore, whining at the water, at some point she jumped into the river. 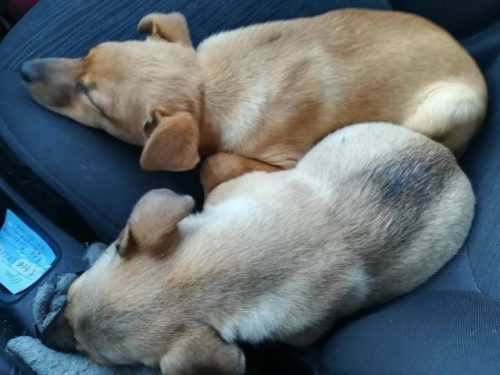 A few seconds later the dog appeared above the water, holding its crumbs in its teeth. Mom managed to pull the kids ashore, where she laid them at the feet of the girl, asking for help.

So both babies ended up in the apartment of one of the volunteers, where they were warmed, fed and surrounded by love. It was not possible to catch a shy mother that day. To pick up the dog from the street, they even connected a trap, but when she saw people, she jumped into the river and swam away. 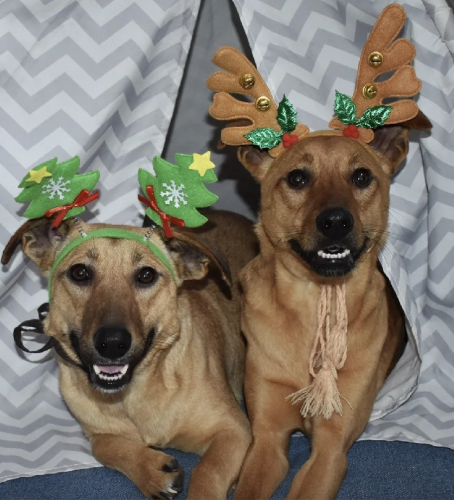 Asya and Yasya have grown a lot in a year. Unfortunately, we did not manage to find hosts for them in our city. No one was interested in beautiful girls and was in no hurry to give them a family. Puppies have grown up to be real beauties, they are kind and affectionate, love people and constantly smile.