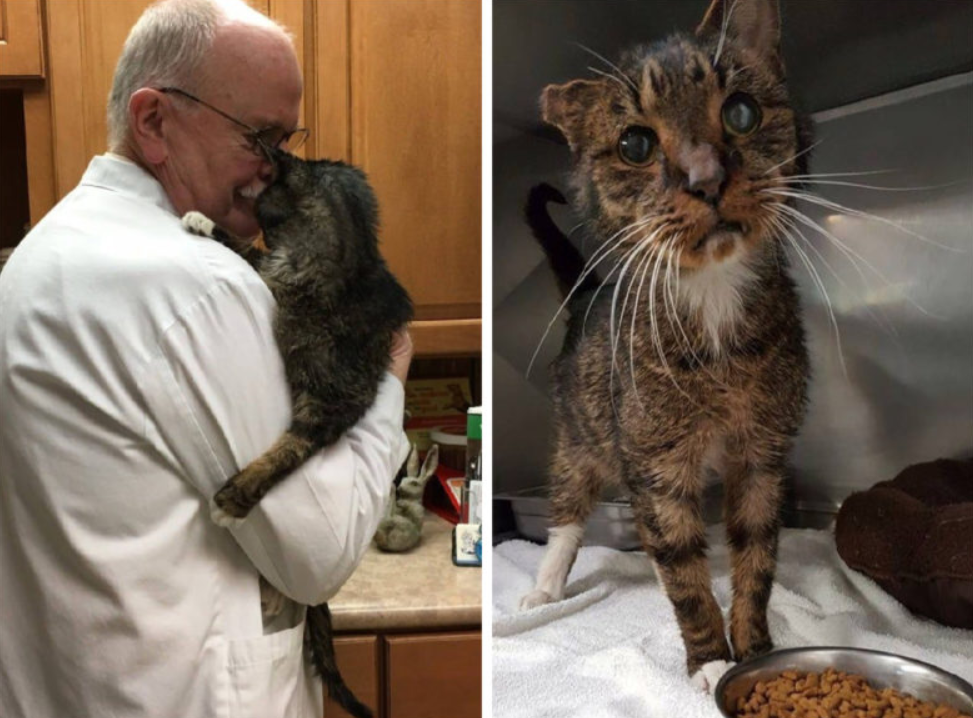 This thoroughly battered cat, which was found to be 15 years old during examination, was found on the street in New Jersey (USA). The cat was very thin and had one defective or frostbitten ear.

When he was brought to the Voorhees Animal Orphanage shelter, the shelter staff soon realized that the cat loves to communicate with people and is drawn to them.

At the shelter, the cat was given the nickname Barnaby, and he quickly became the favorite of every employee of the shelter. They realized that this cat can become a wonderful companion for any person, even despite his age, which is quite impressive for cats. 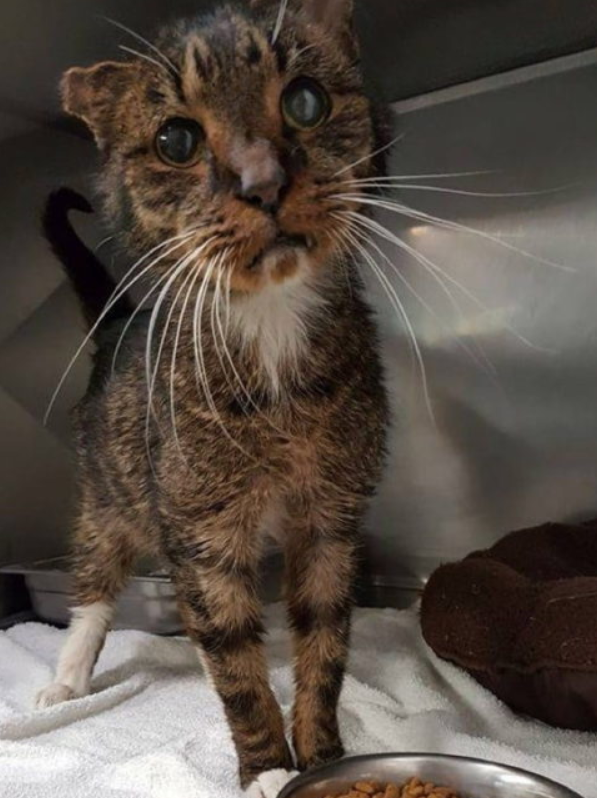 The photo and Barnaby’s story were posted on a Facebook page and soon stumbled upon by veterinarian Ed Sheehan and his wife Claire at Sheehan Veterinary Centre.

These people immediately contacted the shelter and offered to take the cat into their family. When Barnaby was taken away and brought to Dr. Sheehan’s office, the cat immediately walked around the office as if he had lived here for a long time. He quickly took on the role of the overseer cat. 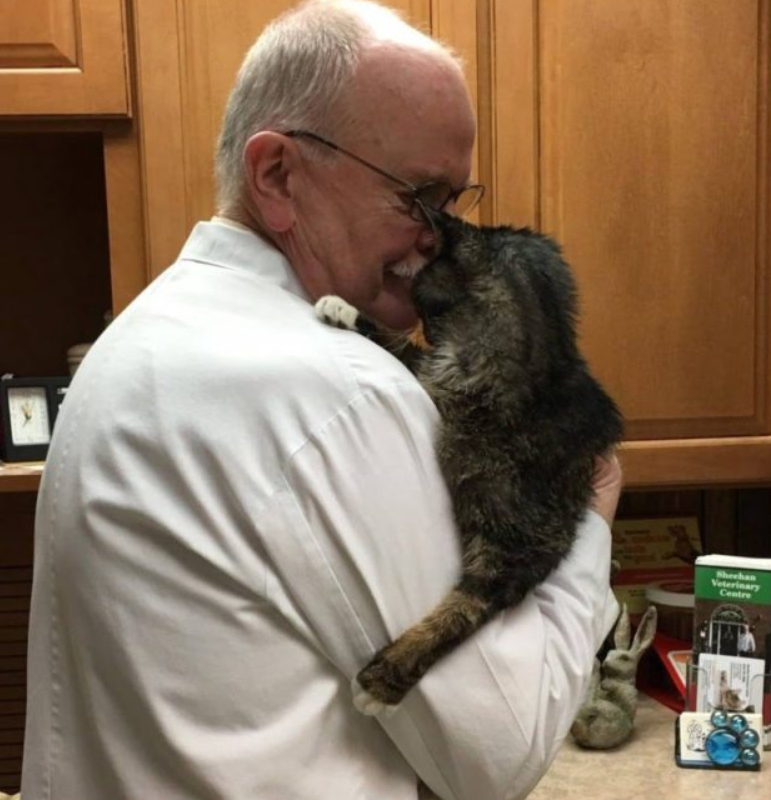 Despite his age, Barnaby is very cheerful.

Dr. Sheehan and his wife took this cat in because they were well aware that for an ordinary person, keeping an elderly animal with its sores and problems can become a burden, including in terms of money, since bills for veterinary services in the United States are not at all cheap.