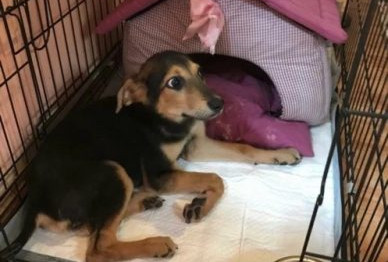 We often remind people of the need to sterilize their pets, but many people ignore these words.

Little puppies were abandoned outside the store. When the store owners saw such a «surprise», they took the crumbs and took them to the gas station. When kind people found the dogs, there were two of them. 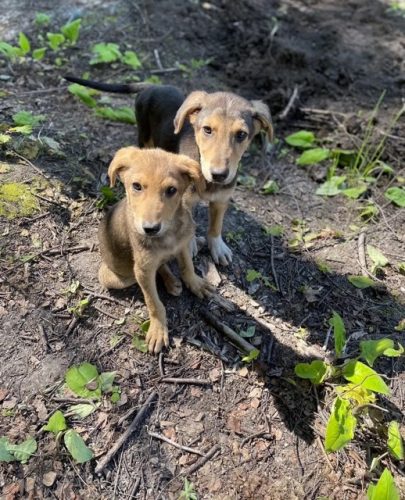 They began to feed the babies, take care of them and look for owners. Once, when people once again came to the puppies, they heard a barely noticeable squeak from the bushes. Having gone down a little people saw the third puppy. The baby just lay there and whined pitifully. It became clear that something was wrong with him. 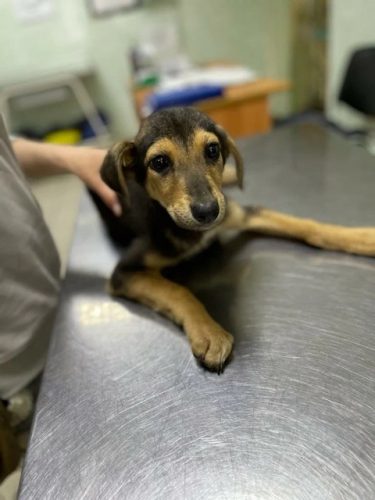 The baby was taken to the veterinary clinic. It turned out that her hind legs were broken. Probably, the girl got hit by a car and flew off into the bushes. It is not clear how long she lay there and how she survived at all. After all, the baby had no food or water.

Zarina ,nickname crumb, was exhausted and dehydrated. She was taken away and treated. 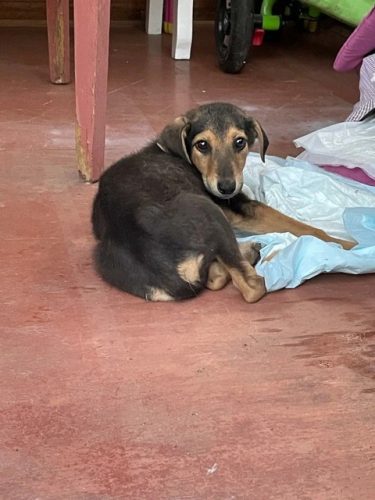 Zarina needs quality nutrition, because the baby is very malnourished. Also, soon she will be given antiparasitic treatment. So far, the baby can not move.Zarina is a real smart girl. She is sweet, kind and very smart. The baby never does her business in the cage, she always waits for walking.