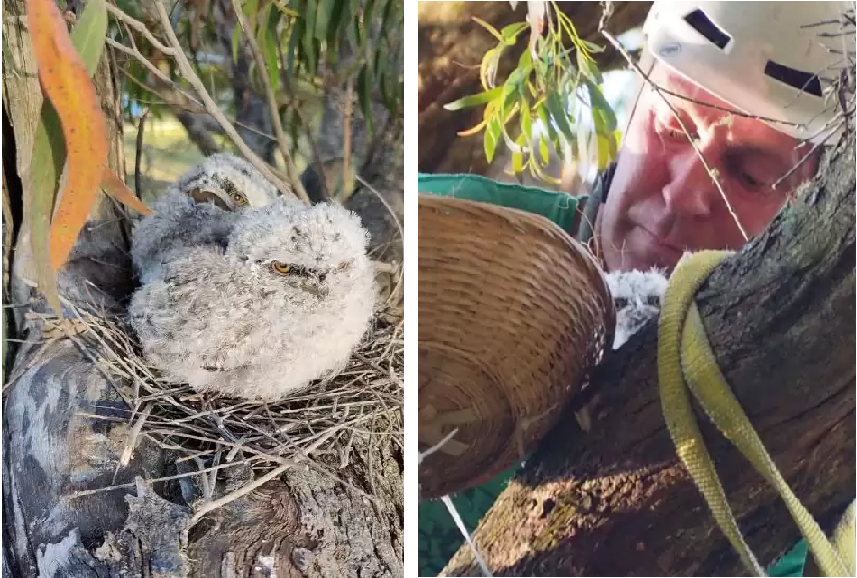 Stuck on the ground, an Australian tawny frogmouth chick gazed up at his nest in the tree above. Unable to fly, the chick stayed where he was, perhaps worried he’d never make it back home again.

But the little bird didn’t need to fret. In the nick of time, a Good Samaritan spotted the fallen chick and called a local wildlife rescue organization, WIRES. When rescuers arrived, they were saddened to see the chick all alone, but not surprised.

“Tawny adults build a very basic nest, which can be quite flat and usually located in the fork of a tree or branch,” a WIRES representative told The Dodo. “It’s not uncommon for [the] WIRES Rescue Office to receive calls for a chick that’s either toppled over the edge of a nest or possibly been blown off during stormy weather and strong winds.” 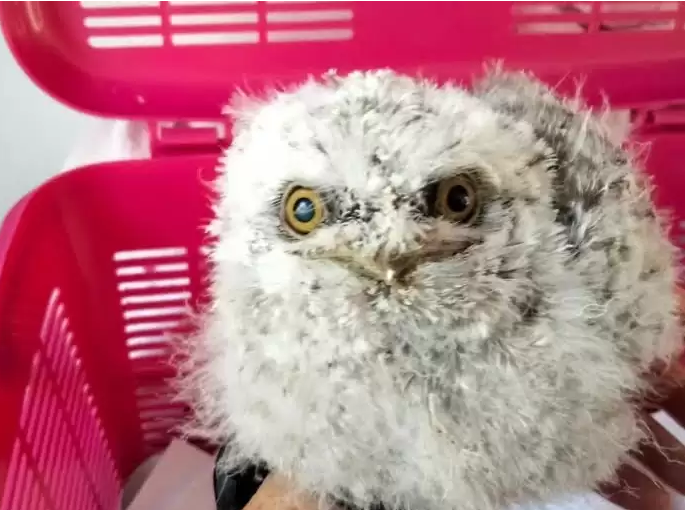 Rescuers moved the chick to a carrier, where they could assess him for injuries. The resilient little bird appeared to be just fine, despite his harrowing ordeal. He was soon given the all-clear to return to his nest. But reuniting the bird with his family was a complicated endeavor.

“It has to be determined if the parent birds are still nearby, as they may have abandoned the nest,” the WIRES representative said. “The process of returning the chick needs to be done quietly and quickly to ensure the least stress to the parents. The other most difficult aspect is reaching hard-to-access nesting sites, which are often in very high trees.” 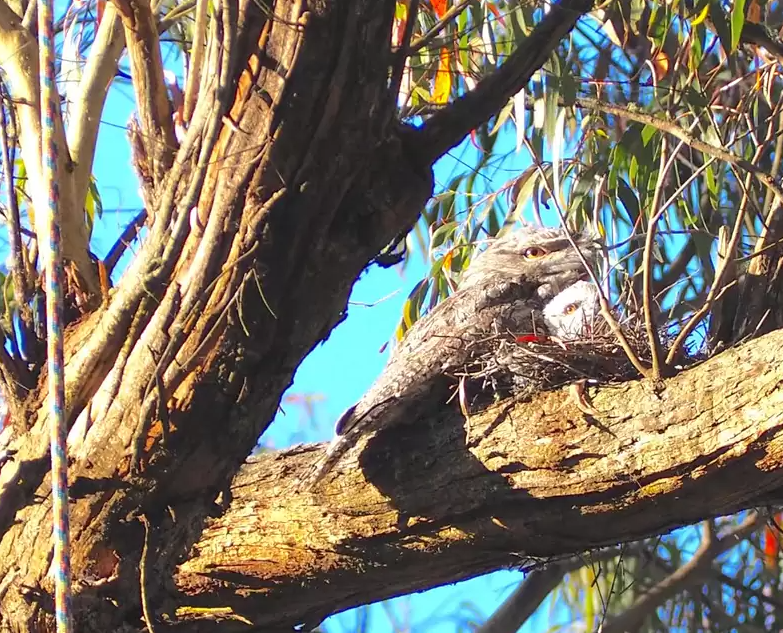 WIRES called a local arborist, who began preparing to move the chick back to the nest. He roped his way up the massive tree. When he got to the top, he was heartened to see another little chick — the rescued bird’s sibling — staring back at him. Soon, the pair were back together.

WIRES staff were so happy to see the chick back where he belonged. 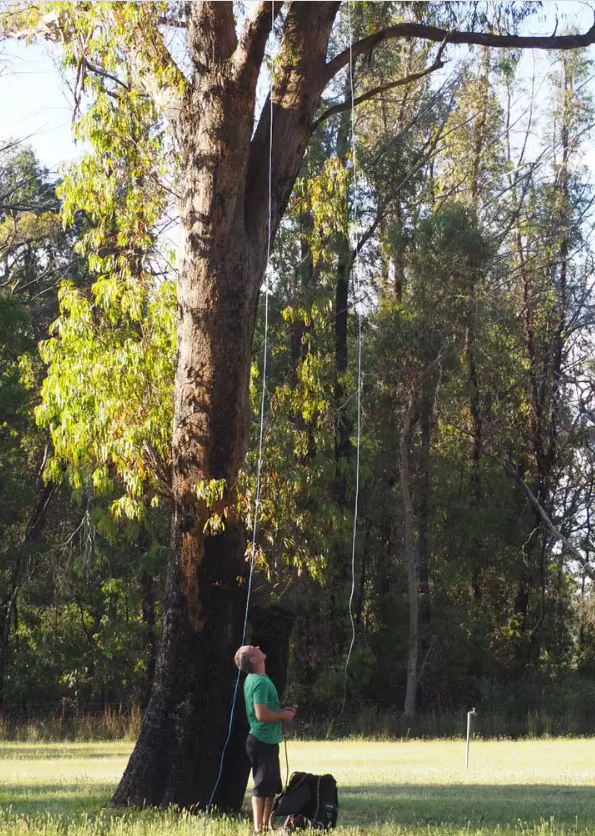 “It’s a thrilling and satisfying moment for every wildlife volunteer,” the representative said.

The rescue organization was glad the Good Samaritan knew to call them. They always urge anyone who sees wildlife in distress to contact experts as soon as possible.

“The first thing to remember is wild animals are not like pets and are likely to peck, bite and scratch, especially if they are injured,” the representative said. “It’s always best to call your nearest wildlife rescue group.” 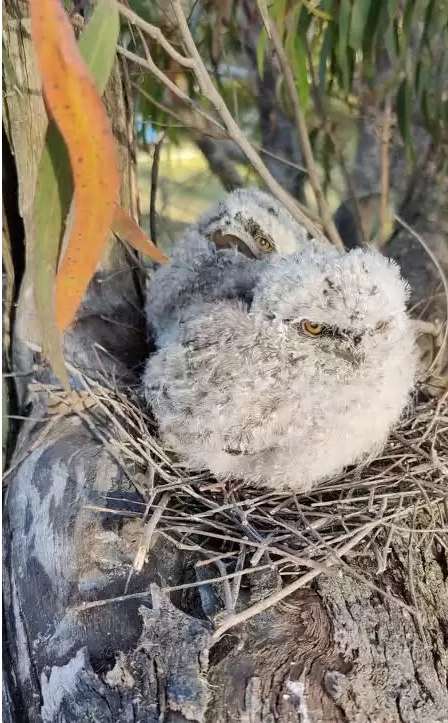 It’s easy to see an animal in danger and keep walking. But it’s also easy, and far more gratifying, to intervene — to tell someone, to find help, to do whatever you can. Because for this little chick and his family, one call made all the difference.

To help other animals like this chick, make a donation to WIRES.