Any animal deserves love and care, even if it is different from others. Dogs nicknamed Picasso and Hugh are unlike the rest. Despite this, there was a woman who gave them love, care and warmth. 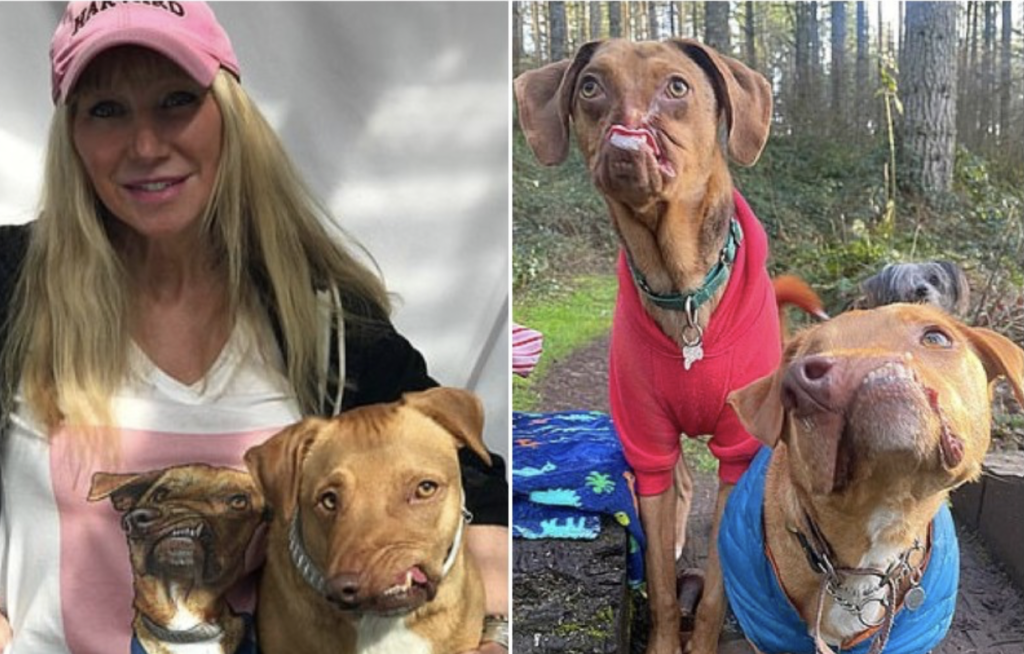 American resident Liesl Wilhardt is fifty-three years old. The woman has her own dog shelter. For years, Liesl has been saving animals in need of help and their home. The woman herself sheltered two special dogs Picasso and Hugh. She took them at different times, but the animals quickly found a common language and became friends. They live perfectly without conflicts and other nuances.

The woman adopted Picasso in 2017 and Hugh arrived at her home in 2021. Picasso is five years old. The dog was born with a curvature of the muzzle. Ht’s age is one year. This puppy was injured by his mother and is now missing part of his upper jaw. Both dogs are now living happily. Their behavior is no different from how other animals behave without similar problems. Of course, they require special care and attention, but Liesl manages. 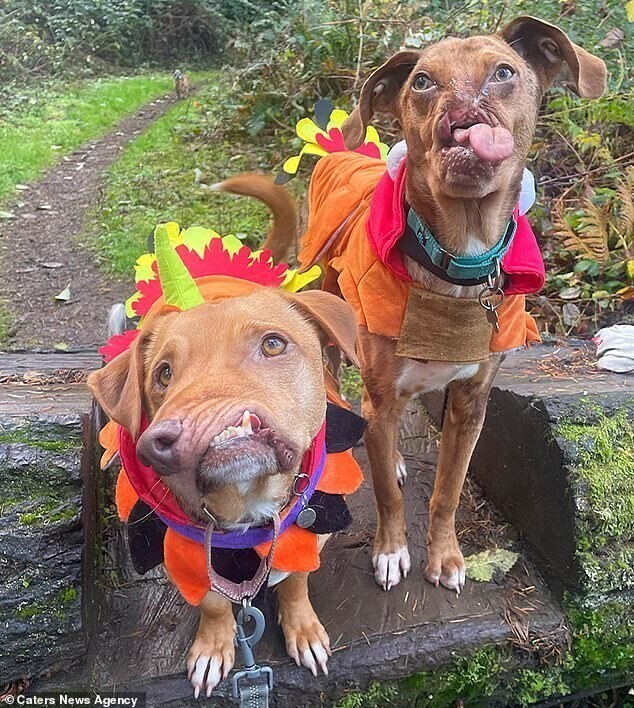 “Hugh and Picasso are very good-natured and friendly with people.They are very sociable, constantly demanding attention and greeting passers-by. Sometimes people are a little shocked, they look at the animals, trying to understand what happened to them. I have become attached to them with all my soul and love them sincerely, with all my heart,” says Liesl.

Dogs even have their own Instagram account. They have 280 thousand subscribers there. The hostess uploads funny videos of Hugh and Picasso. In addition, Picasso is a dog that helps people rehabilitate their health. 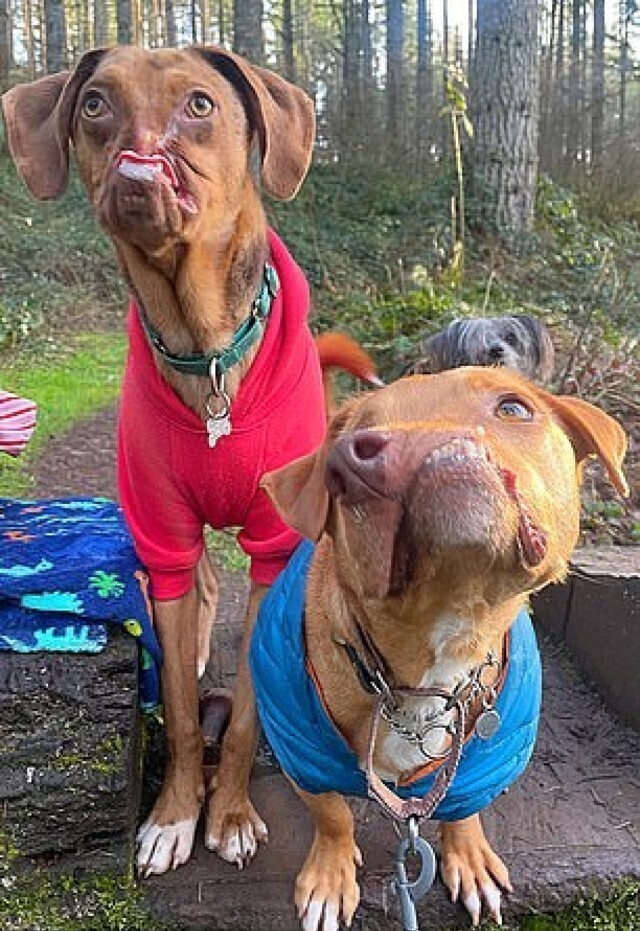 Liesl has rescued many animals over the years. Now in her shelter there are cats, dogs and even piglets. In addition to two special dogs, there are 8 cats in Liz’s house.