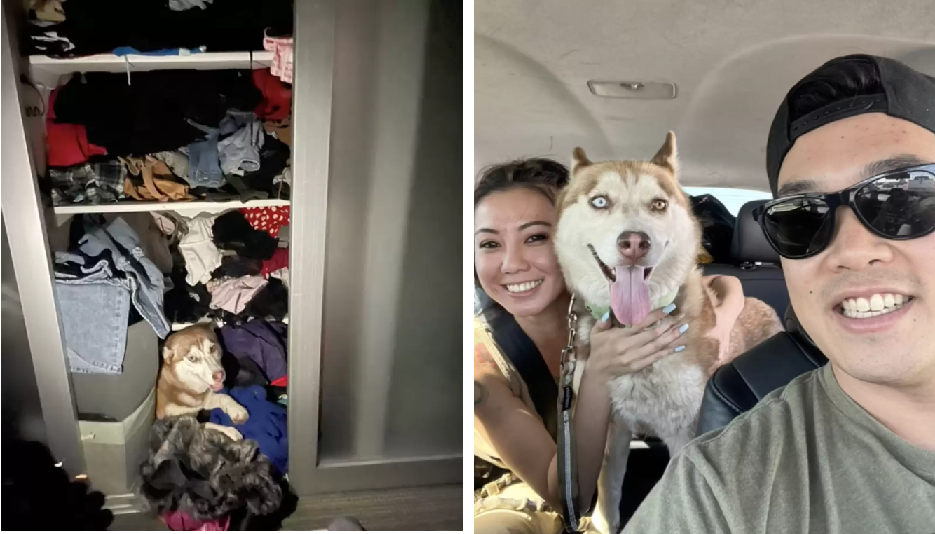 Mickey and her boyfriend were walking around a local shelter, looking for a smaller dog to add to their family after their previous dog had passed away. They hadn’t felt like they’d found the one just yet — until they came across Demi.

“She was super calm and always had a huge smile on her face,” Mickey (who asked that her last name not be included) told The Dodo. “Although she was surrounded by many loud barking dogs, she didn’t make a peep … We walked her around the aisles of the shelter, and not once did she react to any of the other barking dogs.

She even walked herself back into her own kennel. Sat down with a huge smile. No fuss. Just a sweet, happy gal the whole time. We decided then and there [that] we couldn’t leave without her.” 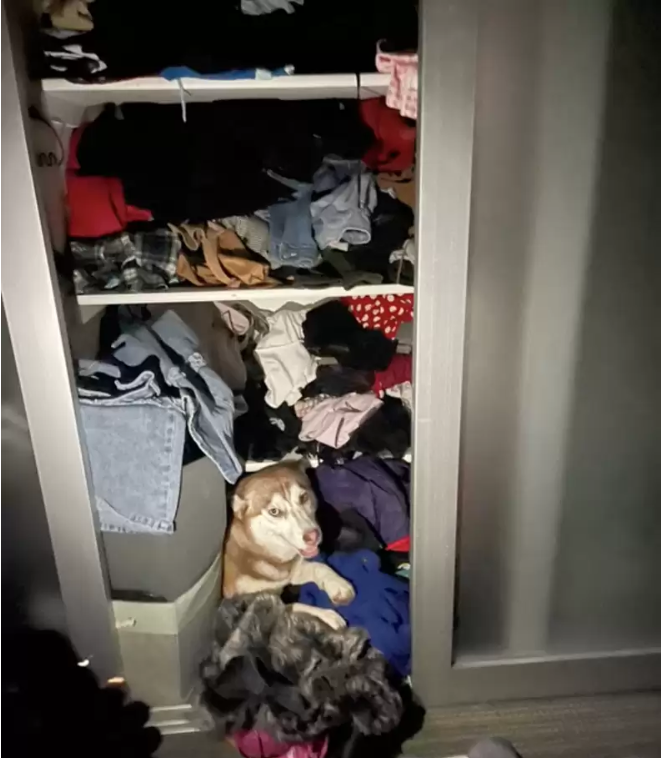 Even though Demi was a husky and definitely not a small dog, her new parents just knew she was meant to be theirs. They took her home and got her all settled in, and everything seemed to be going great. Then, one day, Demi started acting strangely.

“We didn’t notice anything strange in her behavior [at first] except the occasional long naps, which we assumed was just in her nature,” Mickey said. “Her energy levels were normal. It wasn’t until she started trying to burrow and den in our closet … She even tore up her favorite bed and lined up her favorite toys in a row nearby. That morning she refused to budge and go on her daily early morning walk.” 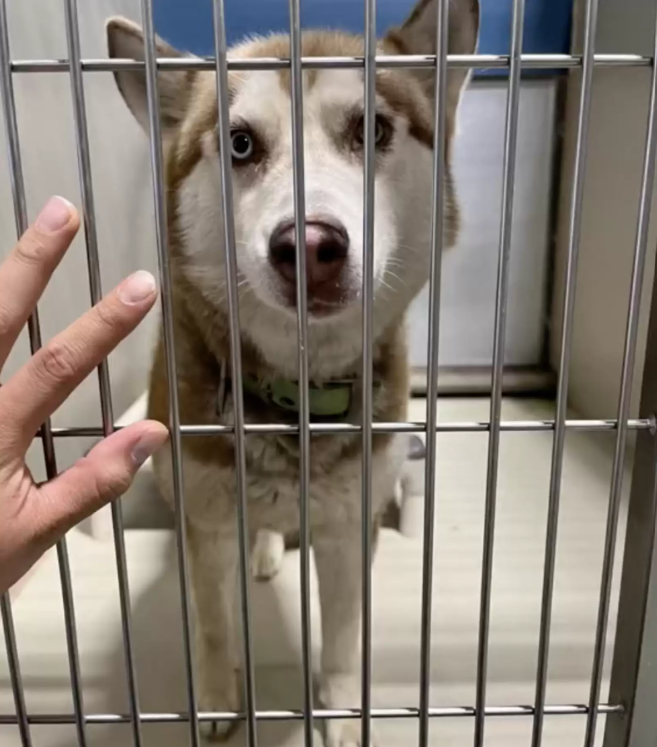 Demi’s parents rushed her to the vet, unsure of what was happening. They were sitting in the waiting room — and that’s when it happened.

Demi started giving birth to a litter of puppies.

“To be honest, my gut feeling told me she was pregnant maybe about two to three weeks into having her,” Mickey said. “Her tummy grew so big so fast … I remember I was home that day by myself giving her belly rubs, and that’s when it really struck me. 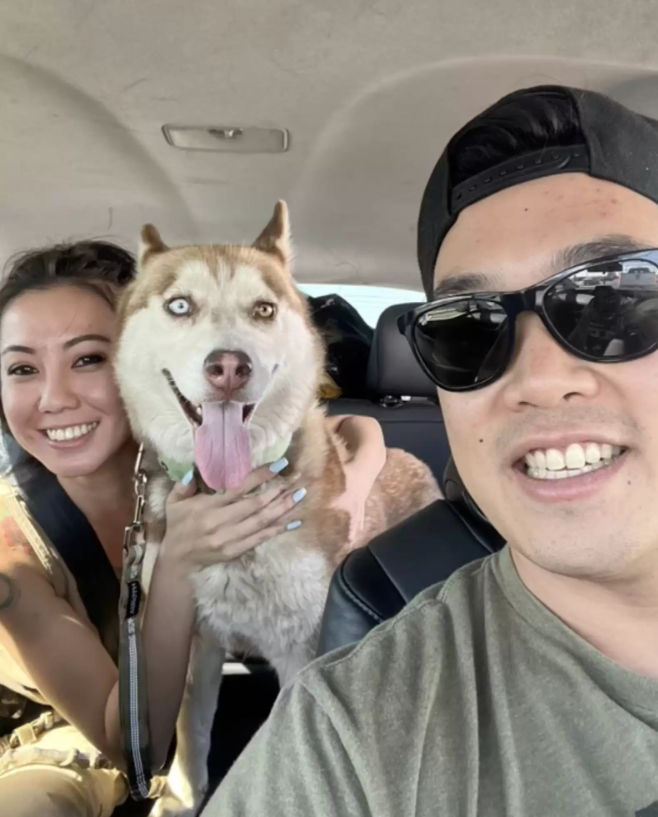 I Googled images of pregnant dogs and symptoms, and she matched every single one. However, after speaking to my boyfriend, we thought there was no way the vet and the shelter wouldn’t have told us! So we just brushed those thoughts aside. Now I know to always trust your gut feeling.”

Demi had come from an overworked, overcrowded and underfunded shelter, so her parents are assuming that’s how her pregnancy was missed. Demi was just as calm and sweet as she always was as she brought five puppies into the world, leaving her new parents absolutely floored. 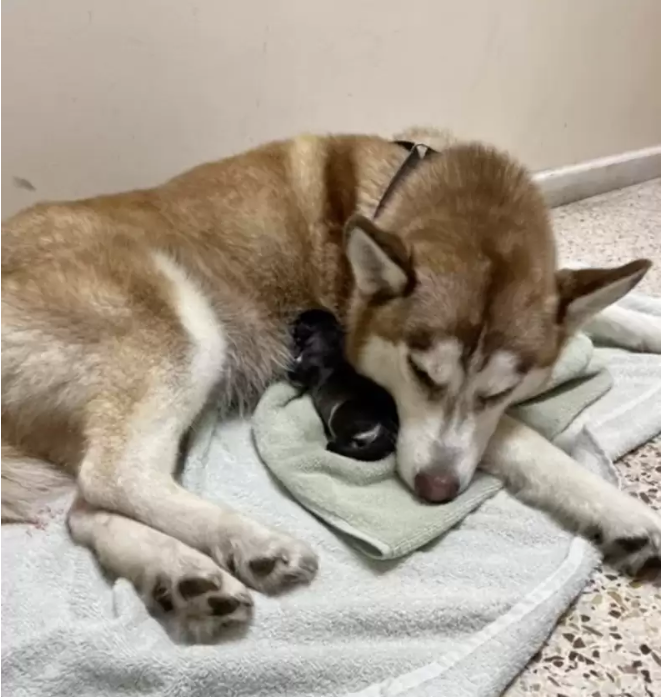 They named the puppies Bree, Bale, Jo, Grey and Ari. The couple had arrived at the vet with one dog and left a little while later with six.
Demi went into mother mode immediately and began caring for the puppies so wonderfully. Everything had happened so fast, but Demi wasn’t fazed one bit.

“She never ceases to amaze us with how great her motherly and nurturing nature is,” Mickey said. 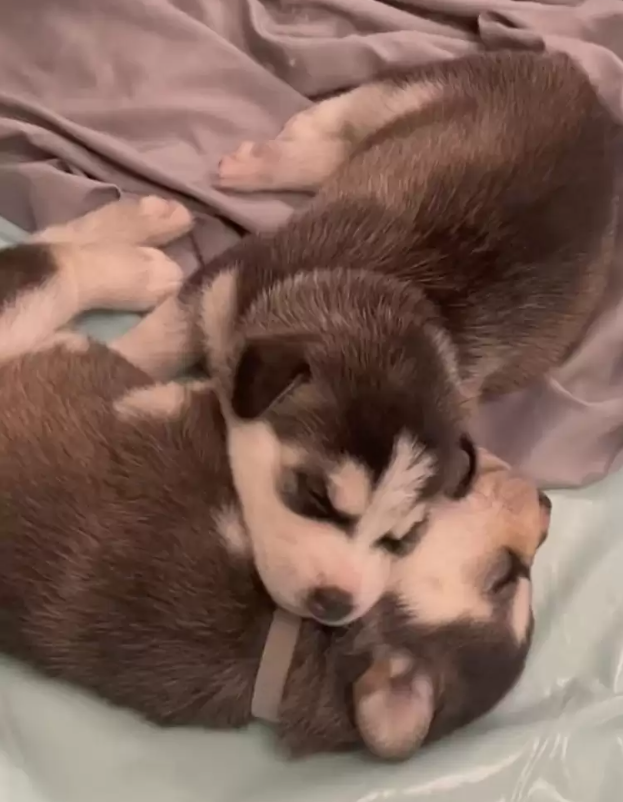 The puppies are all doing well and growing up fast. A family of huskies definitely isn’t what Mickey and her boyfriend had expected when they’d arrived at the shelter that day, but they’re so glad things worked out the way they did.