Not far from her home, Ekaterina Balanenko heard a cat meow, which looked like a loud cry for help. The girl went to the sound and found a black and white cat sitting on a dirty rag. There were six small puppies of a red color near the cat. 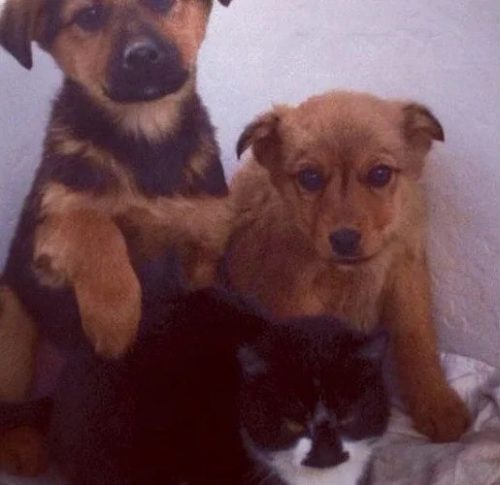 It was getting colder outside, so the girl built a booth for the animals in a place with her neighbors, which could protect them from rain and wind. Every day the girl came to the shelter of the animals and fed them. When it became quite cold outside, Ekaterina took the animals to her house.

Living on the street, the cat took care of the puppies with all her might, treating them like her own children, keeping them warm and washing them thoroughly several times a day. Already at home,Catherine found out that the cat was actually a cat, his girlfriend called Murzik.

It also turned out that the cat caught mice and brought them to his “foster children”, he also gave them most of the food brought by the girl, so he himself was very skinny. 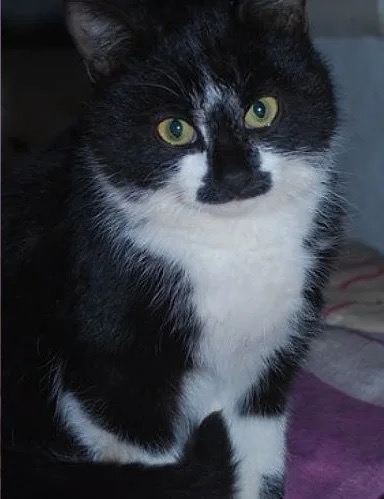 The fact that the cat has a maternal instinct is amazing in itself, as well as the fact that he chose puppies as the object of his care.

This story has a happy ending.Ekaterina managed to find new owners for all the puppies and soon was found a new home for their dad.

Police horse dancing on the street after hearing Jazz band performing music in New Orleans
Music is a powerful therapy, yet not only humans but also animals enjoy it.
Entertainments 0 30

After losing her cubs, mother tigress fell into severe depression
A tigress has babies at a zoo in Thailand. Unfortunately, the cubs did not
Entertainments 0 27