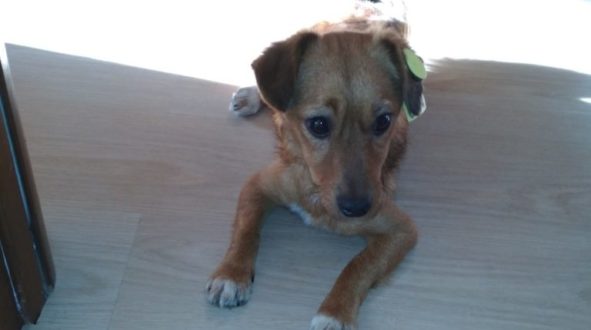 Inna Przhevalskaya sincerely hopes that her dog is happy now, because in the past he had to endure many hardships.

The girl took the pet from the shelter and named him Max. The poor fellow had a hind leg amputated, and he himself was extremely exhaused. The dog weighed a little over four kilograms and now almost eight. 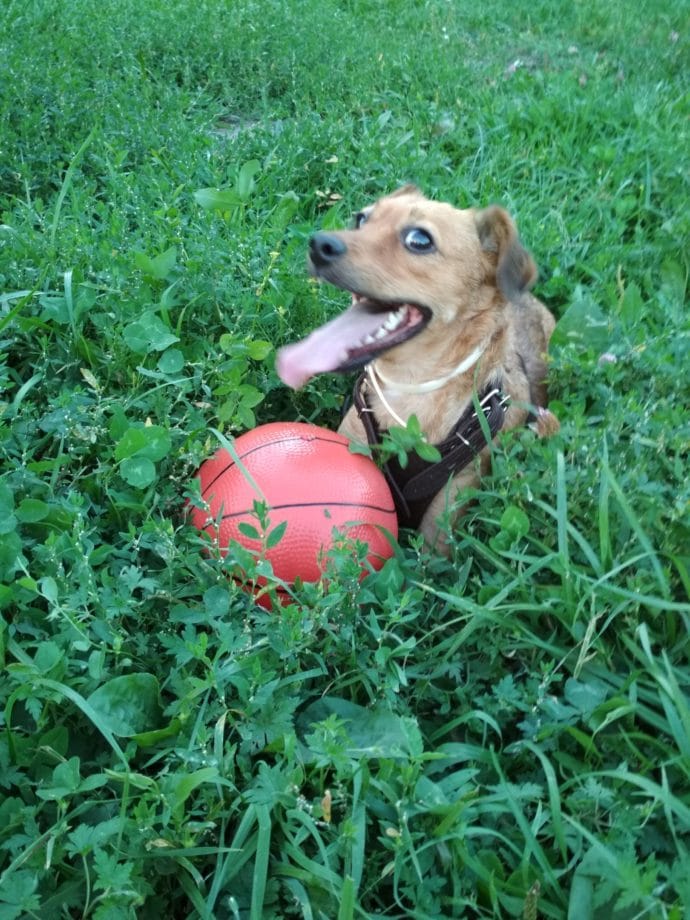 Once Max lived with the owner, and when he died, the relatives first of all drove him away. So the dog was on the street. He kept running around the house, but he wasn’t allowed back.

A little later, volunteers learned about the homeless dog. He was overexposure twice or even thrice. And when finally the baby got into Inna’s house, the girl immediately understood why he didn’t stay anywhere for a long time.

It had passed only five minutes, and the dog had already thrown all the items from the windowsills and tables, then began to bark at the parrots, clearly planning to pull out their feathers. Inna even doubted if she could be able to cope with the animal. 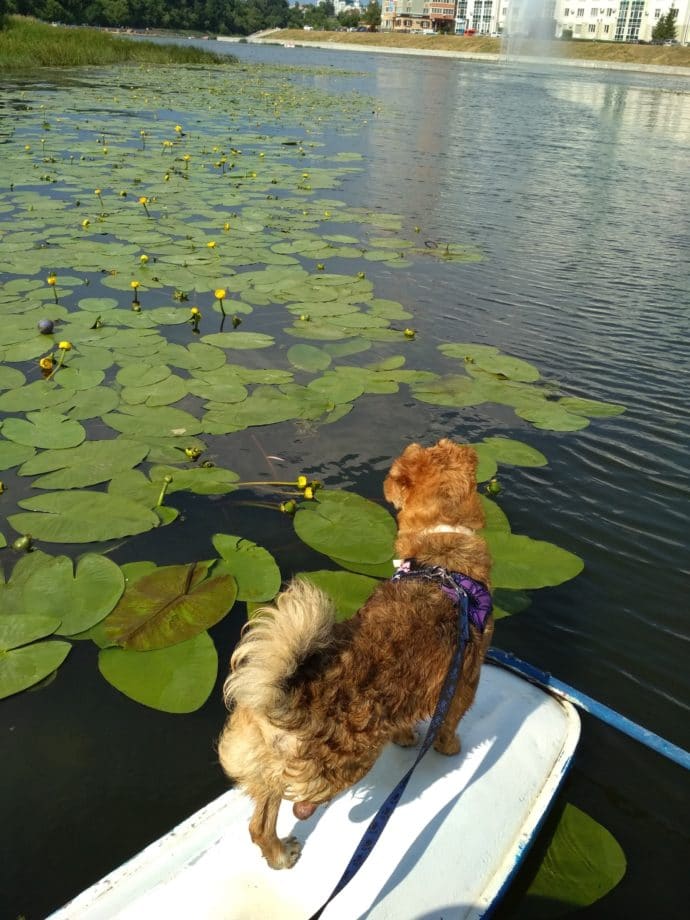 But, fortunately, the girl’s husband was ready for anything. He told her that he was in love at first sight. The husband was very patient and affectionate with Max.

He bathed and combed the dog himself and talked with the dog the whole time.

Now, most likely, the dog is lying on the sofa in Inna’s house, and his face radiates happiness and peace.

The owners and their pet managed to take part in a picket dedicated to protecting the rights of homeless animals, get a passport, master the skills of riding a bicycle, motorcycle and even a catamaran. 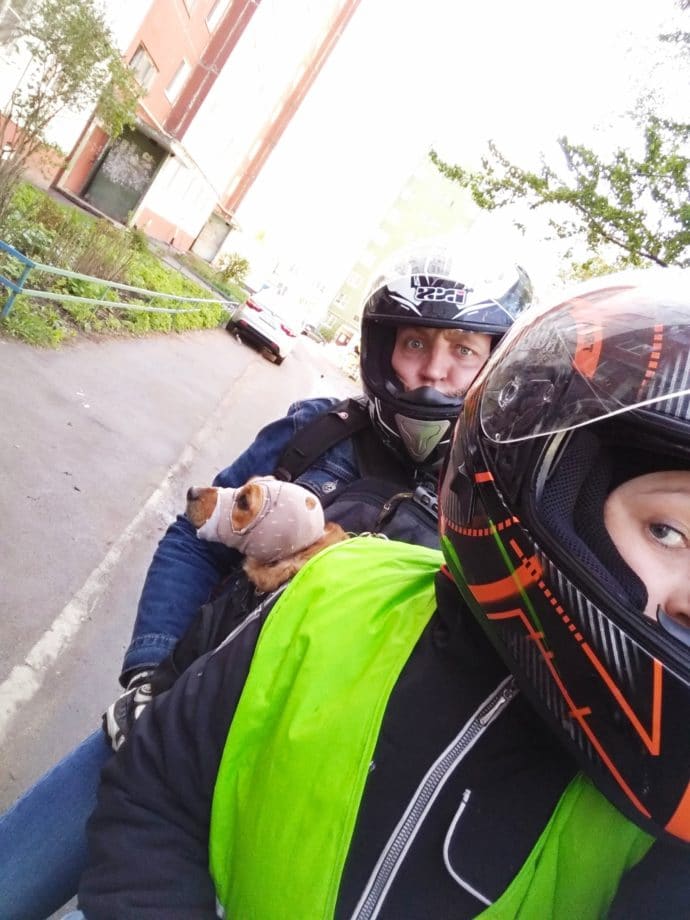 Thanks to Inna and her husband for their patience and love. Thanks to them Max is happy.