Three blind cats spent a year in an animal shelter, where they were looking for new owners.

The woman who ended up adopting all three cats said she was initially worried about them living together. But the first year showed how affectionate and kind animals they are. 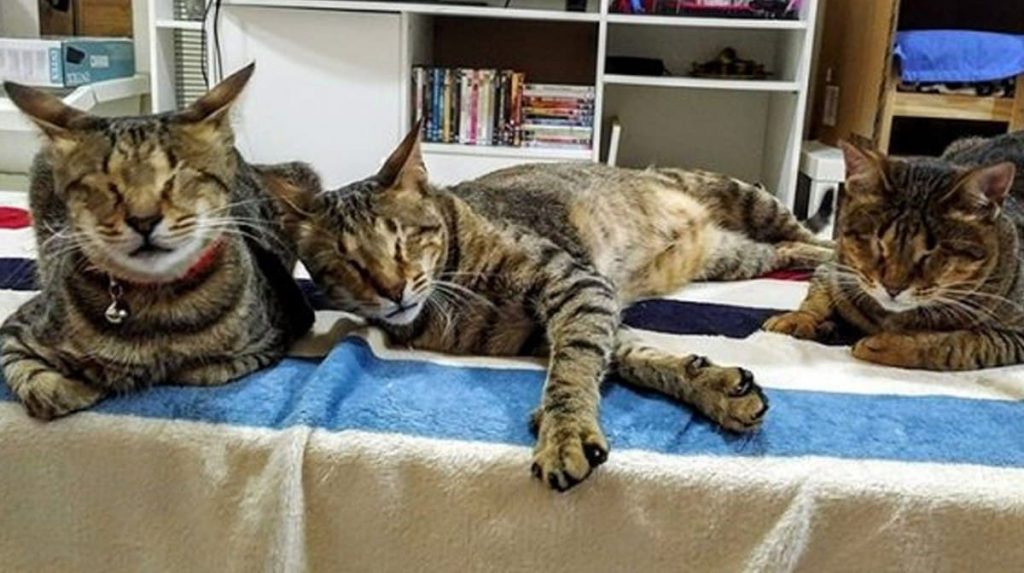 The cats came to the shelter during the Christmas holidays in 2014. They were accidentally discovered in an abandoned warehouse in Dubai. The animals suffered a severe form of a cold, and due to conjunctivitis they became blind. The cat was named Blue, and his sisters Willow and Madow.

At first, Blue was separated from his sisters. His former owner’s neighbor took him in. But after a while, the man was forced to return the cat to the shelter, as he greatly missed his sisters.

According to the man, the cat meowed all night.And a year later, a woman named Katherine Magno decided to take all three of them to her.According to the woman, she couldn’t let them become guinea pigs and the like. 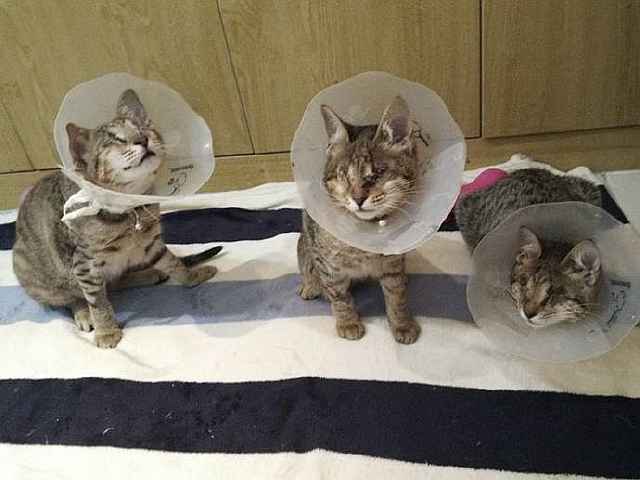 At first, Katherine was worried about the animals and how they would find a common language with the rest of her pets, by the way, also cats.

She read a lot of information on the Internet about caring for blind pets. This information didn’t inspire optimism, but the woman knew that she had to cope.

As it turned out, Katherine began to panic ahead of time. Cats quickly settled into her home, navigate in space and have fun together. 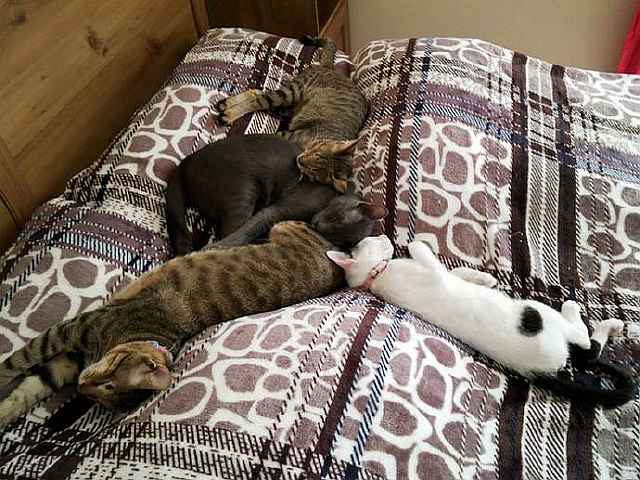 According to the woman, today the behavior of Blue, Willow and Meadow isn’t at all different from her healthy pets. By nature, these three are completely different, but they all love affection very much. No wonder there is an expression that cats see with their hearts.