In the zoo in Irkutsk, this lynx has been growing since infancy. This amazing cat, named Alena, has become a favorite of both employees and visitors. In addition to the sympathy that everyone feels for cats, even big ones, Alena conquered people with her unusually developed maternal instinct. Alena was still very young to have her own children, but she was already happy to take care of any little ones who needed her help. 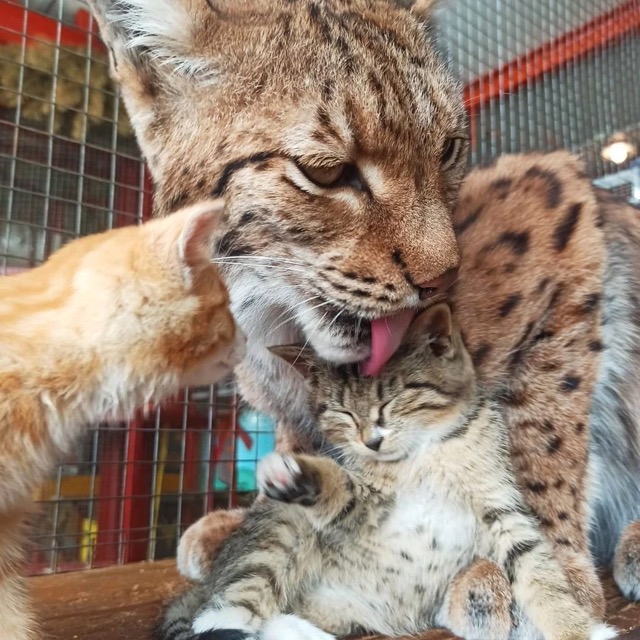 Alena took care of any animals that needed her care. The lynx raised two bear cubs, five puppies and a raccoon. The lynx never paid attention to what kind of her adopted child, she treated everyone with love and attention, showing her behavior a good example not only to other animals, but also to people. 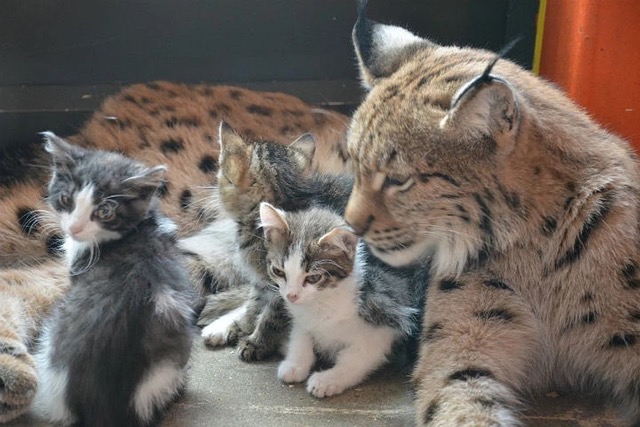 When their mother refused the little kittens, the zoo staff decided to entrust them to Alena’s care. In the first minutes, Alena looked at the kittens warily, but after she carefully examined and sniffed them, she accepted these babies and began to selflessly take care of them. 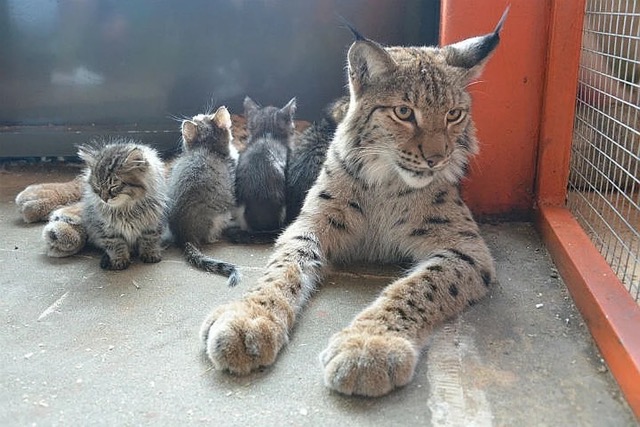 The picture of a lynx carefully licking and warming tiny kittens touched the hearts of all visitors to the zoo.