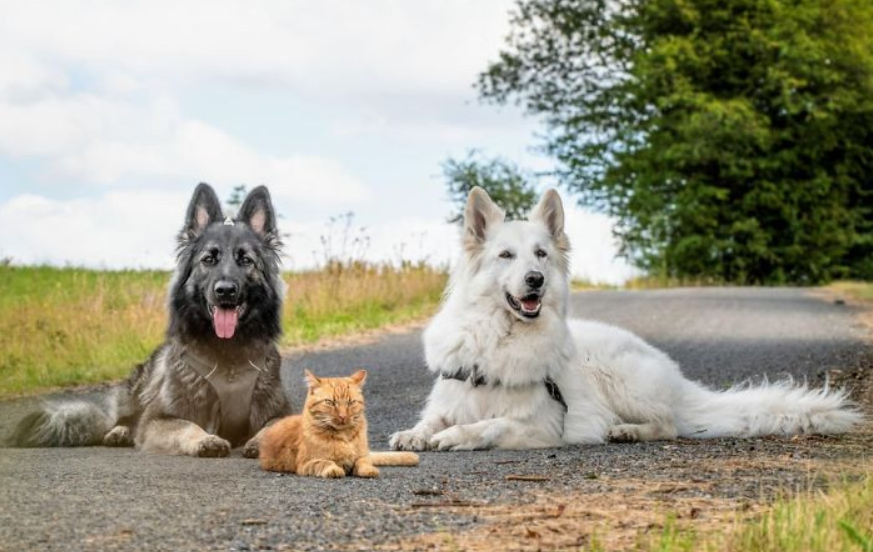 This story will make you believe that some pets may feel more comfortable with other species.

A Belgian firefighter rescued a kitten that was wandering in the middle of a road and brought it to his house. The kitten was seriously injured.

The man took the kitten to a vet. In the animal center, the firefighter was told not to wait for miracles as the poor baby kitten had serious injuries.

Days passed and the baby boy, fortunately, started to recover. The man adopted the tiny cat and introduced it to his family.

The kitten was named Azmael. He immediately became friends with the two giant dogs. In their turn, these dogs accepted the kitten as their little brother. 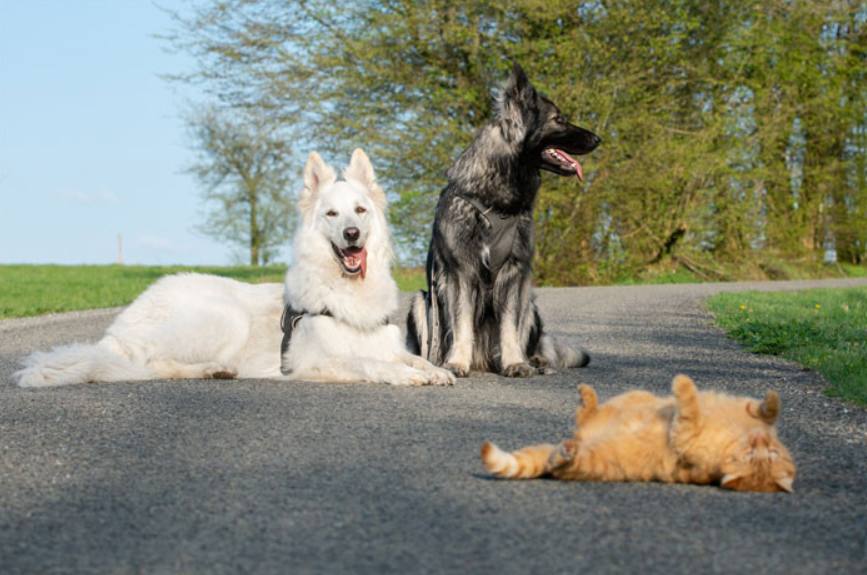 Azmael was also welcomed and loved by the firefighter’s wife and other members of the family – cats.

However, Azmael feels comfortable with Nimue and Liam that are German Shepherds. This cat thinks he is a big dog and never leaves his dog friends alone.

He insists on going on walks with his brothers. The spouses don’t ignore Azmael and take him for walks. But there is one limit for the kitten – he is not taken to long walks because he is playful and is not afraid of cars. 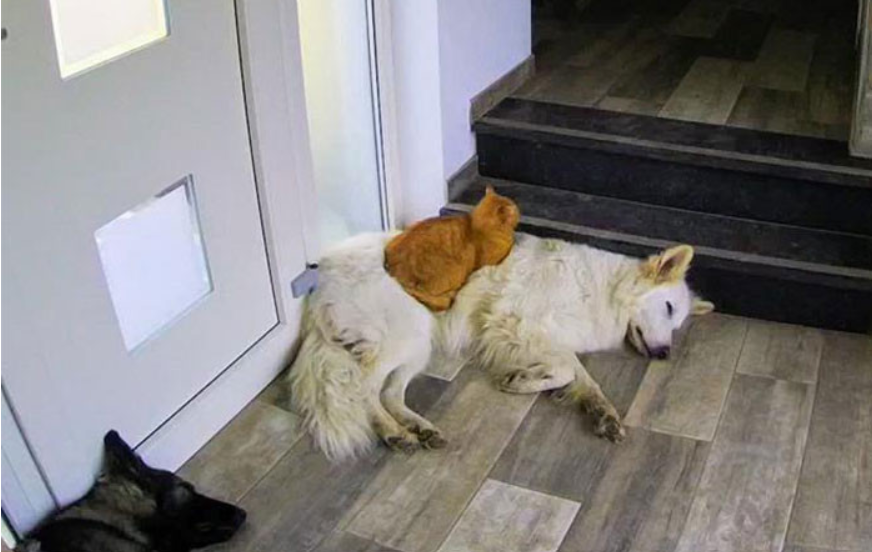 In fact, the cat has no fears. He meows on the strange dogs that may disturb his brothers.

Unlike Azmael, other cats these people own, never go for walks. They will never get dirty because of walks.

This quite restless cat is a package of joy. He loves sleeping on the stomach of Liam. When Azmael is full, these are some of the few moments that he gets to rest.

Azmael – the special cat that thinks he is a dog!