Every day, a “blue speck” appears near the shopping center in Kaliningrad. Anyone who comes closer will immediately understand that this is a handsome husky dog. He is dressed in a cute blue jacket, thanks to which he can be seen from afar.

Of course, passers-by immediately sounded the alarm. Where is this dog from and is he okay? Soon, a note appeared next to the pet, which explained why he sits at the shopping center every day and why he needed this blouse. 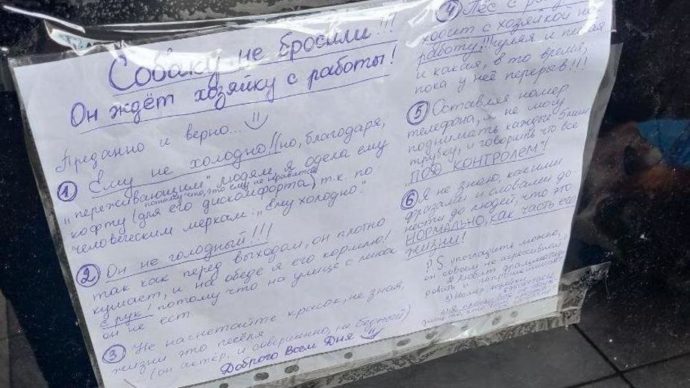 But do not think that someone is bullying the animal or its story is sad. Not at all! But the people were still worried, seeing that the dog spends next to the building at least eight hours a day.
And here is what was written in the note, which, as it turned out, was left by the owner of the husky.

No one, of course, abandoned the pet, and he himself did not run away from home. The kid just waits every day for his mistress to return from work. By the time he and his girlfriend arrive at the mall, he’s already eaten and taken a walk. The owner of the husky even succumbed to the persuasion of passers-by and put a sweater on the doggie so that he would not freeze. But the thing bothers him a little. 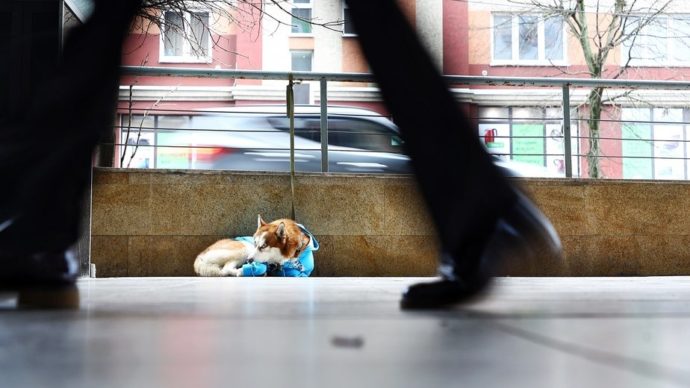 On the note is even her phone number left by the hostess. The girl’s name is Svetlana, and she almost always leaves a note next to the animal so that passers-by can be calm. During the lunch break, Sveta goes for an hour walk with the husky and feeds her pet.

So why does the girl take such risks and make the dog wait for her on the street? It turns out that you cann’t leave the baby at home alone. As soon as the hostess goes to work and closes the door behind her, the pet begins to howl loudly without stopping. Since the girl lives in a rented apartment and the neighbors are often unhappy with this state of affairs, she had to take the animal with her. Behind the wall live a grandmother and a seven-month-old child, who were always disturbed by the howl of a pet. 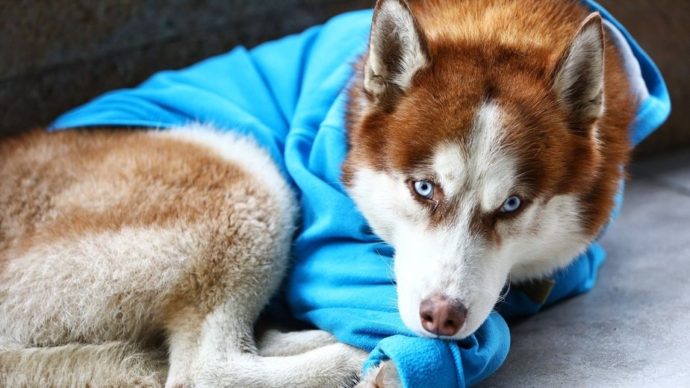 So the dog is doing well and you should not worry about his life. And there is no doubt about the loyalty and devotion of this guy, who is ready to wait for his beloved mistress for eight hours. By the way, the kid is very smart, knows all the rules of the road and crosses the road without any problems.