The largest flood in recent times occurred in the US state of Louisiana. 40,000 houses were flooded, 30,000 people had to be evacuated, 13 people died. But even in the midst of all this chaos and devastation, there were brave volunteers who helped save both people and animals that were trapped due to the raging elements. 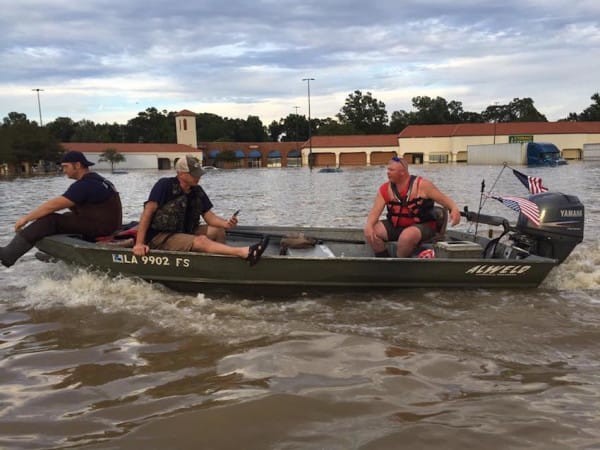 They found two pit bulls that had lost hope of getting out of the water.The dogs fell into a water trap and spent at least 16 hours in it.

Mike and Darrell are not the only heroes,many locals are involved in the rescue efforts. 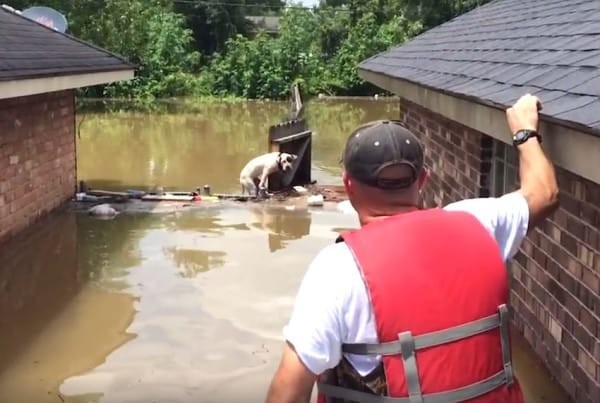 On August 15, Josh Petit posted this photo on Facebook and wrote:

“This morning, Baton Rouge was hit by a flood and in two hours the water rose 2.5 meters. Just a nightmare.

Literally out of the corner of my eye, I noticed a stir near the bushes. Nothing else was visible from afar. The dog’s eyes and nose were barely above the water! The animal was already exhausted.I had never seen such a sad look. The dog was very afraid for his life… We rescued him and he came and laid his head on my knees and whined and cried like a child. She thanked me.»

The post quickly went viral on Facebook, and soon the owners of the dog, who turned out to be Sadie, were found. 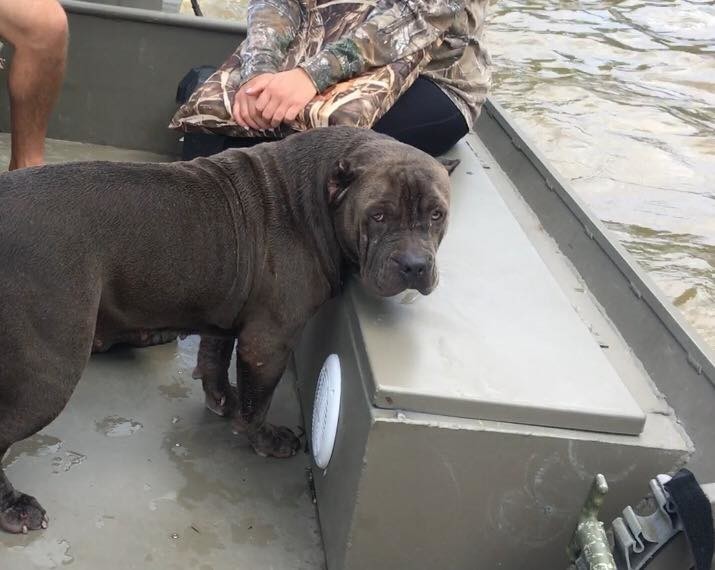 «Drove Sadie to her owner. It turns out that when he was evacuating and packing things in the truck, she got scared and ran away. And now she is in seventh heaven that she returned home!»