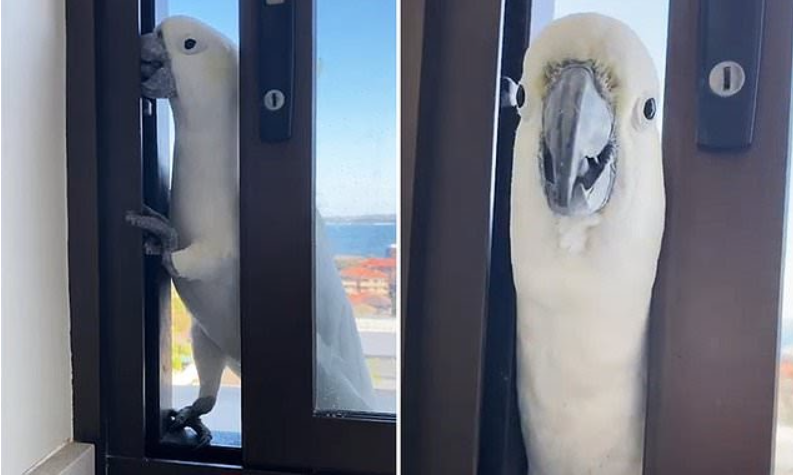 A cheeky cockatoo breaking into a house through a window said ‘hello’ to the homeowner after being caught red handed.

Footage posted online shows the native bird attempting to push its way through a partially open window of the Sydney home.

Homeowner Nicole Inkley, 44, pulled out her phone to start filming as she approached the feathered culprit.

‘What are you doing,’ she says, as the bird edged the window open with its beak.

The Australian native temporarily pauses and responds with a light-hearted squawk before continuing its attempt to wedge the gap wider. 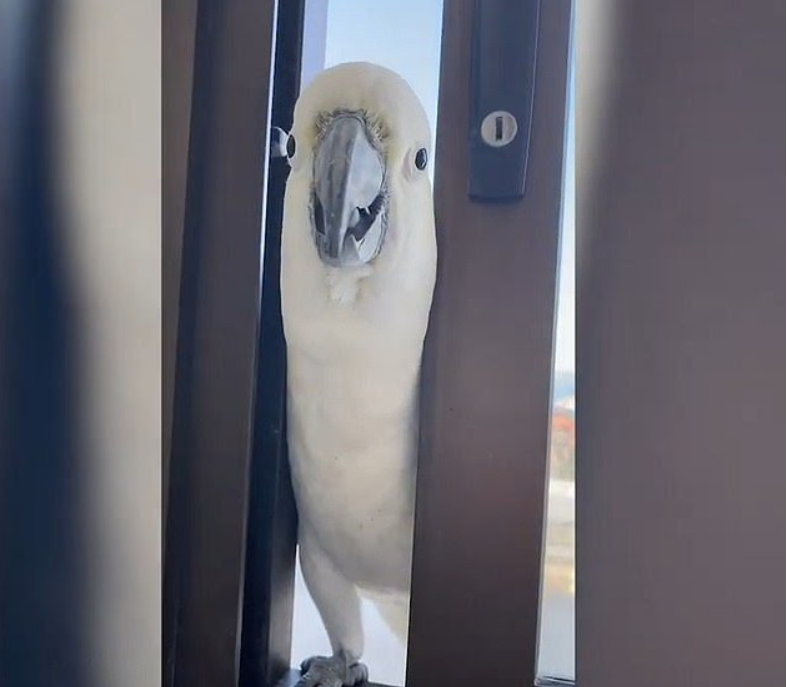 The bird responds with a soft shriek, stopping to stare at her for a moment before the pair engage in more chit chat.

Incredible moment a VERY aggressive cockatoo tosses a goanna from a tree while defending her nest
‘Are you finished?’ she says, as the bird again responds.

She then says ‘hello’, prompting the cockatoo to squawk ‘hello’ back. 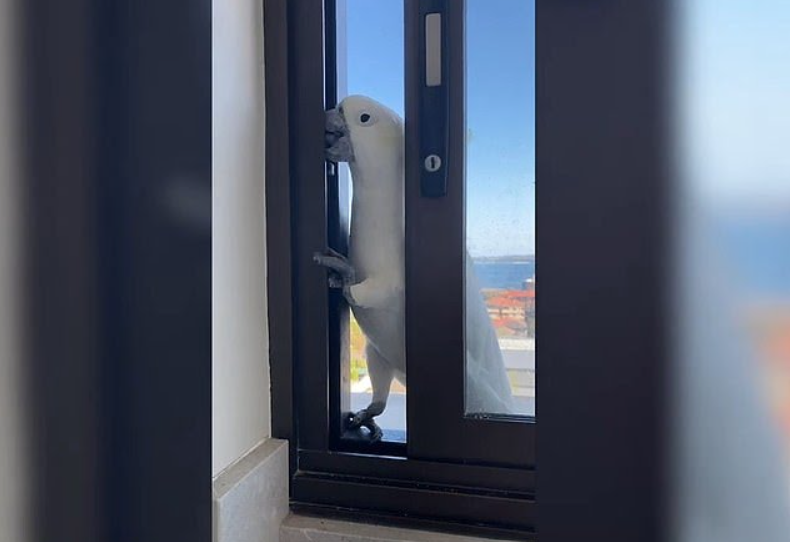 Ms Inkley said the cockatoo tries to break in through the same window daily if she is in the kitchen to steal some nuts.

She said she gave him a few cashews before he went on his way.

‘I didn’t react until I watched the video back because his softer noises pull at my heart strings,’ she said.

Share or comment on this article: Cheeky cockatoo says ‘hello’ to a Sydney homeowner after breaking into their house.