Jade Jefferies lives in Wellington, New Zealand. The woman said that returning from work, every evening she found newspapers on the threshold of her house, which she didn’t subscribe to. Each newspaper had a peculiar mark in the form of small marks from the teeth. 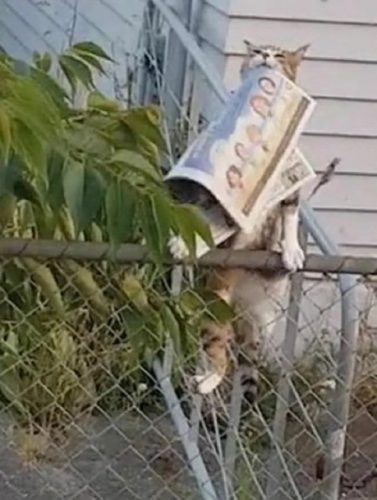 Every evening newspapers appeared on the doorstep ,so Jade decided to find out where they come from and installed a camera near her house. In the video, Jade saw that her cat Max was bringing her newspapers. The camera captured the moment when the cat with a newspaper in his mouth climbs over the fence, and then leaves the press on the doorstep of the house.

The hostess was very amused by this cat’s behavior . She did not expect Max to play the role of a postman.

A woman took Max at a pet store and he lived in her house for 10 years, only with his behavior all this time he had the habits of a wild animal. It took Jade a lot of time and care for the cat to get used to her and not try to run away from home, but Max did not become completely domestic over these 10 years. The cat preferred to be on the street all day, returning home only to spend the night, he also didn’t like to sit in the arms of the mistress and only occasionally allowed himself to be stroked. 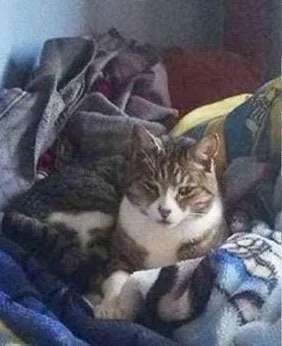 It wasn’t possible to find out where Max finds newspapers from his mistress. Perhaps the cat got them out of the trash, or maybe he stole from the neighbors. It is also unclear why he spent so much effort to deliver the newspaper to his mistress. Jade thinks that with such gifts Max wanted to show that he loves her and is grateful for her care.

Police horse dancing on the street after hearing Jazz band performing music in New Orleans
Music is a powerful therapy, yet not only humans but also animals enjoy it.
Entertainments 0 31