The thought of having lunch next to a 300-pound bear is unlikely to appeal to most people. But in Russia there is a family in which dinner with a bear at the table is a completely common thing. And not just lunch. The bear in this house is a full member of the family. 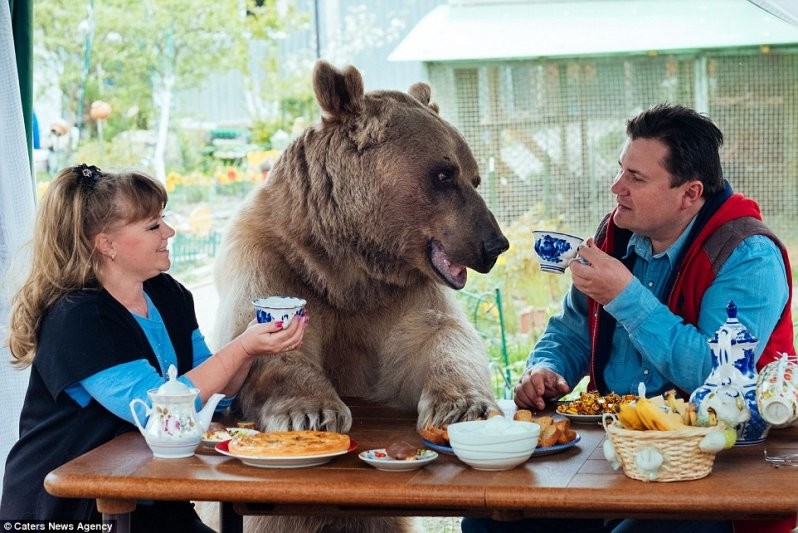 «Surrogate» child. Svetlana and Yuriy Panteleenko adopted Stepan, a bear cub, when he was 3 months old. He was found by hunters in the forest, he lost his mother.

This is now an adult 23-year-old animal weighing over 300 kg and over 2 meters tall.The spouses assure that Stepan is completely tame, very good-natured and loves to cuddle. 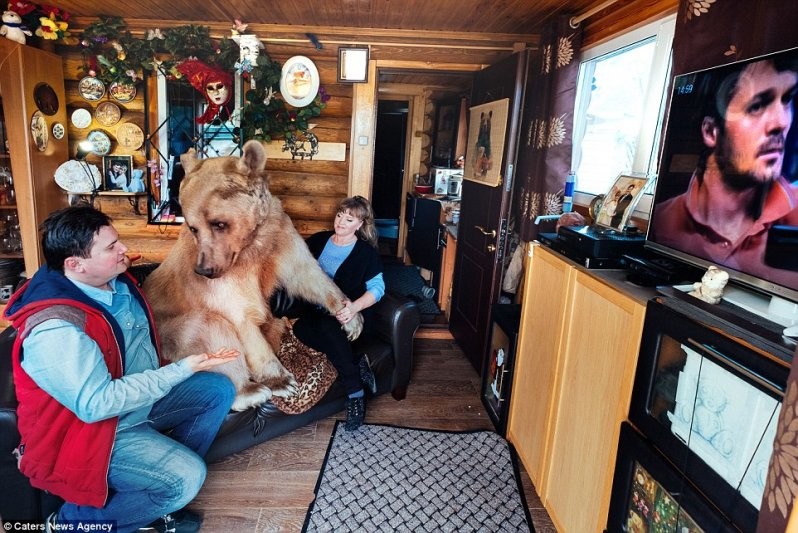 Stepan likes to watch TV with his family, sitting comfortably next to him on the couch.Who ate my porridge? On the day, Stepan eats much more than a bowl of porridge.

Styopa likes to move properly for example, to play ball. So that the food eaten is not deposited on the bear’s sides. 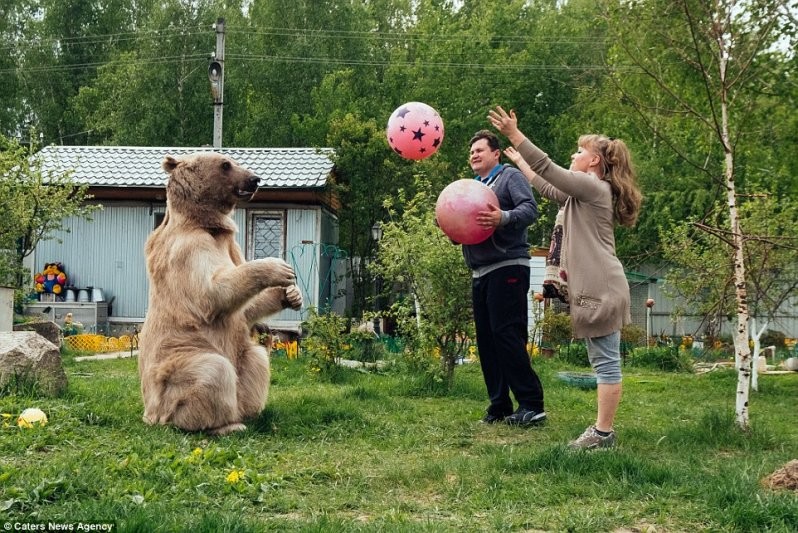 On the day, Stepan eats 25 kg of fish, vegetables and eggs, and lunch at Panteleenko’s house is a very serious event.

Evenings the bear likes to spend with his family, curled up on the sofa in front of the TV.

Stepan infinitely trusts people and loves them, he is not at all aggressive. There was not a single case that he tried to hurt someone.