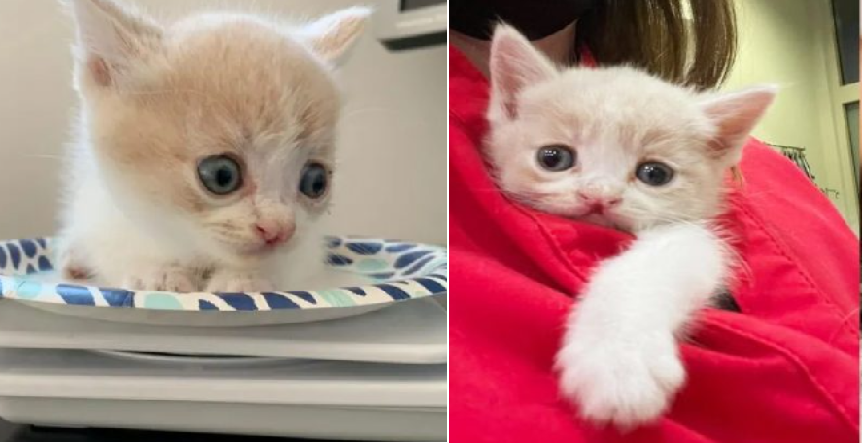 Alley Cat Shelter in Los Angeles was notified earlier this month about a little kitten discovered outside an office building.

He was all alone, hidden behind electrical wires, without a mother in sight.

Therefore, Frito, the kitten, was an immediate snuggle bug who only wanted to be catered to.

He weighed roughly 400 grams at eight weeks old, less than half his normal weight. 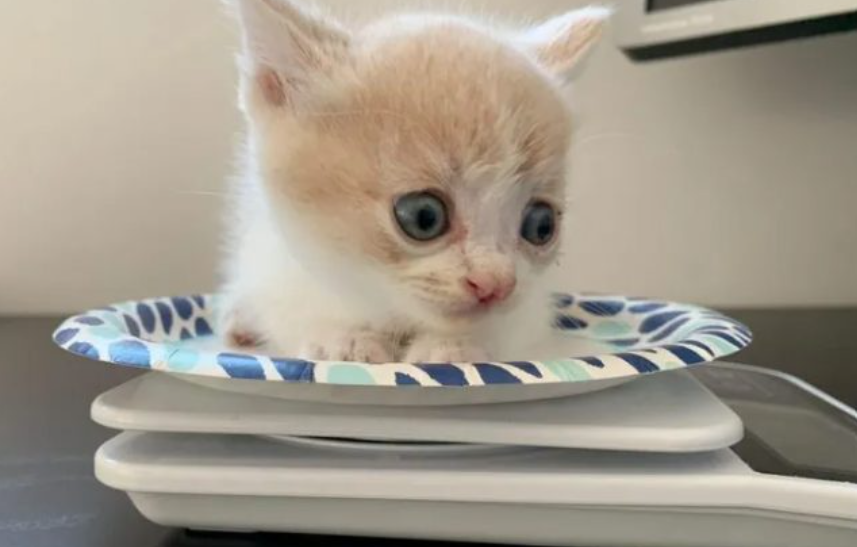 Moreover, he felt himself snuggled down in a warm hug under his human’s shirt after being taken home.

Frito was quickly thrilled with his new existence in a crowd and refused to be left alone. The kitten was thoroughly cleansed and treated for illness and parasites.

He was eventually able to adequately absorb nutrients from his diet after a few days of nursing and gentle loving care, and his appetite increased as well.

Thus, Frito rapidly learned how to use a litter box and sought constant attention from everyone around him. 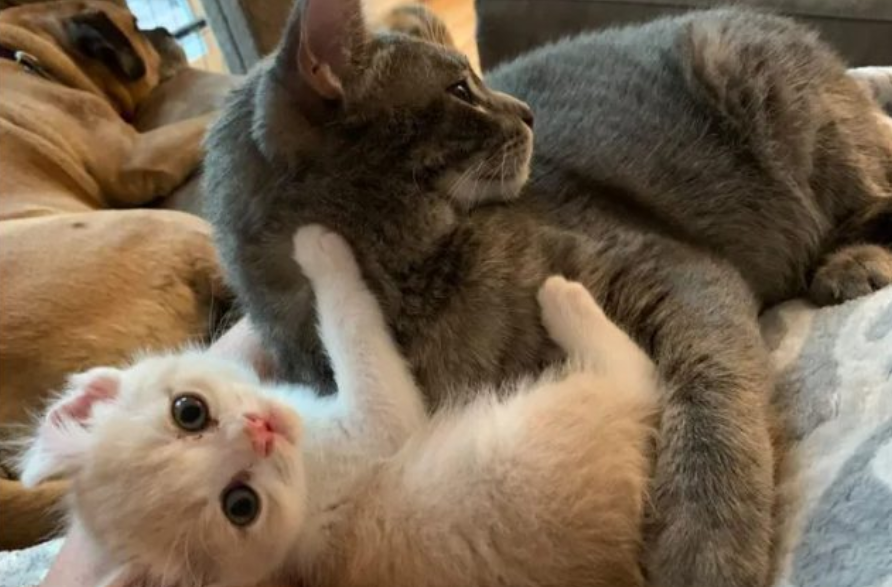 He insisted on being loved and soaked up all the attention.

Frito discovered a warm lap and declared it his favorite place to relax.

He’d roll on his back, begging for belly rubs while on all fours, attempting to grab his human’s heart.