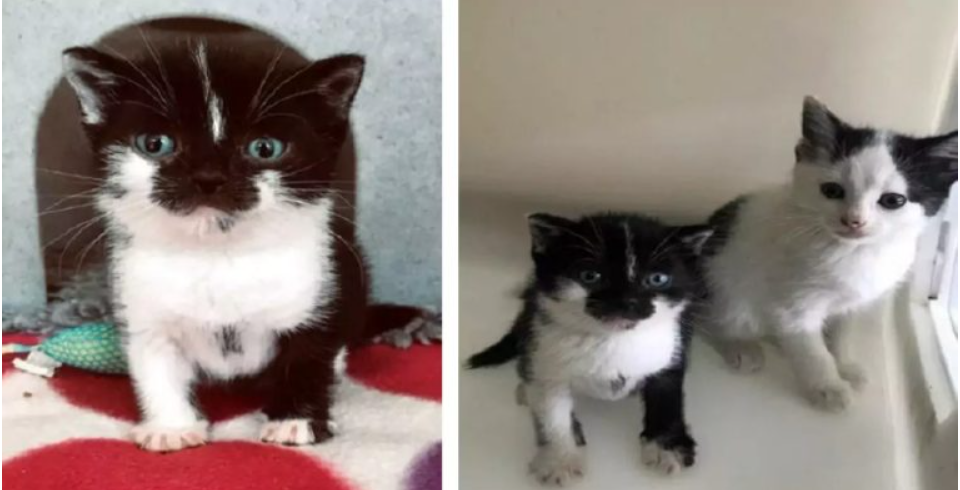 Many animals, contrary to all the laws of nature, are born or acquire certain deviations in life that can repel potential owners.

And some animals with such deviations, on the contrary, find their home in a matter of days, and they are loved just like an ordinary cat, dog or any other animal.

In the UK, on ​​one of the abandoned farms, they found a stray cat who had two kittens. The kitty was affectionate and immediately went into the arms of her rescuers.

When the cat with kittens was given to a shelter, the staff noticed that one kitten was very different from the other in its size, paws, and the absence of part of the teeth. 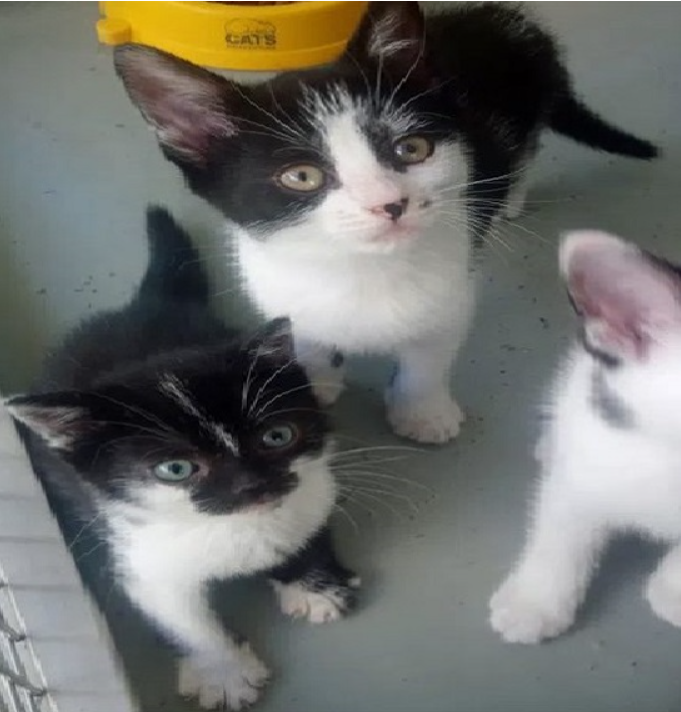 At first, the shelter thought that perhaps this was a kitten from another cat mother and she was born quite recently because he was 2-3 weeks old in appearance, but no more. Whereas the second kitten looked quite normal and was about 2 months old.

The kitty was tiny, compared to her supposed sister, she had very short legs and her thin voice was like that of a newly born kitten. 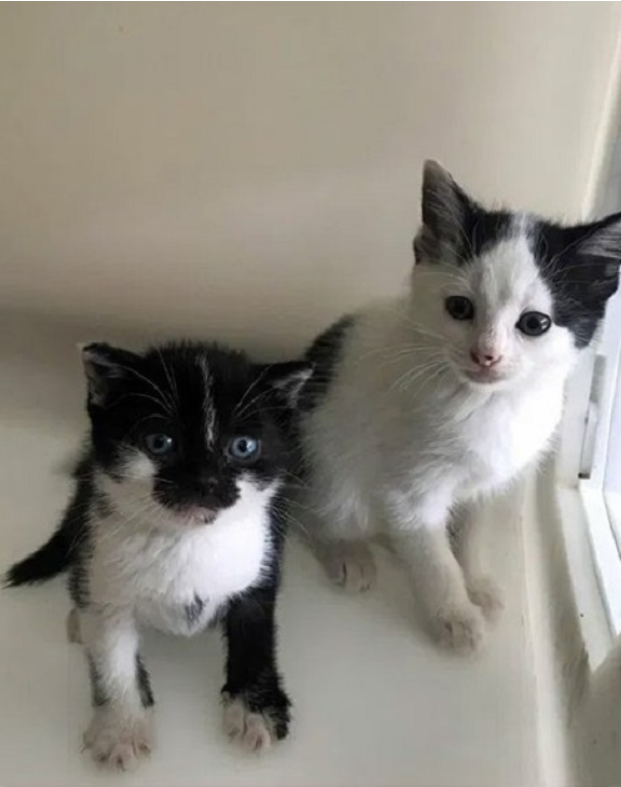 Veterinarians realized that she had a rare disease – osteochondrodysplasia, in the common people it is dwarfism in cats.

The cat was named Moser, and she quickly found her owner. The cat is quite affectionate, sociable, not afraid of strangers and shows interest in everyone.

Her older sister is growing up as a completely ordinary cat, and Moser remains a small cat, but very smart at the same time. And despite her tiny size, she has a huge loving heart and playful personality.