Madeleine was only 22 when things started to go wrong in her life. Problems followed one after another.She broke up with her boyfriend, money problems began, which forced the girl to leave her beloved ballet school. 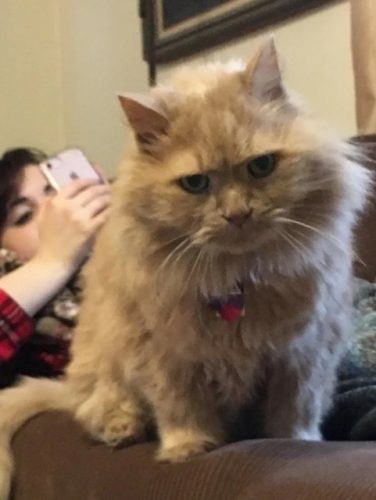 To distract from the problems and unhappy thoughts they caused, and also not to feel so alone, the girl decided that she needed a pet. At the shelter, Madeline immediately said that she wanted to adopt a cat, but not an ordinary one. And the most lonely. The one that other visitors don’t pay attention to.

It turned out that the shelter has such a cat. Chester has been waiting for new owners for a long time, because the previous one betrayed him, but people did not want to take responsibility for an elderly cat.

Chester was very sad at the shelter, he could not understand why the owner left him here. The animal spent most of its time in its cage. A 16-year-old cat has not been spoiled by life lately and the naturally sad expression of the muzzle only exacerbated the picture. 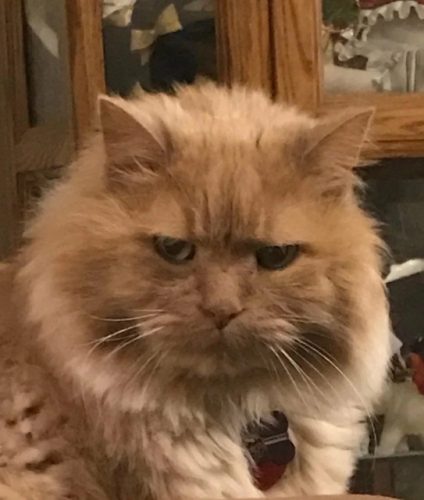 At the Madeleine shelter, they immediately warned that the cat was elderly and would not live long. This didn’t stop the girl, because she fell in love with Chester at first sight. I would like to believe that the cat lived for a long time, but if fate turned out differently, it is still very good that he spent his last years or months not in a shelter cage, but in his house, next to a loving mistress.