It took two days to rescue a goat stuck in a 250-foot irrigation pipe,it was a very difficult operation. Thanks to the diligent efforts of Animal Welfare volunteers, an eight-month-old goat was rescued in Arizona.

After receiving a phone call from a concerned citizen who explained that he constantly heard the crying of a goat from the territory located next to his house, the Human Society rushed to the scene to investigate.

It turned out that the goat was stuck somewhere underground, but it was difficult to determine exactly where. 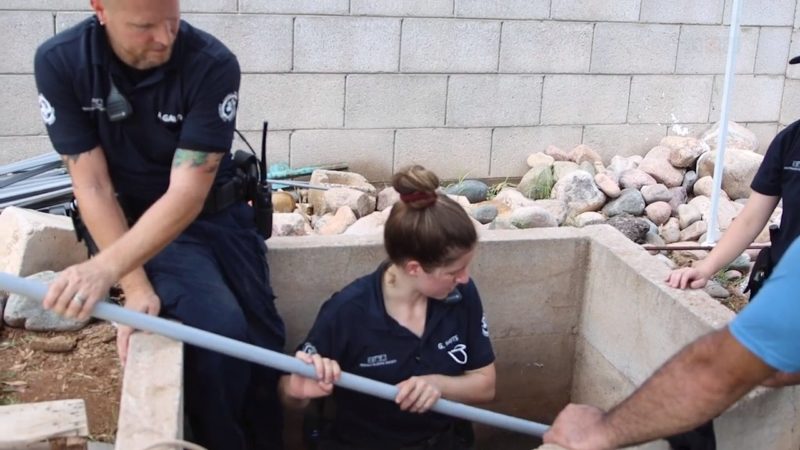 The rescue team postponed the operation due to the lack of necessary tools, but the next day they returned with a snake camera to determine the location of the goat.

But, unfortunately, the camera did not help them. Since they had very little time left, the team decided to dig a hole closer to the entrance to the pipe. Rescuers had to rely on their intuition. So they started to chip the concrete away, opening a hole. 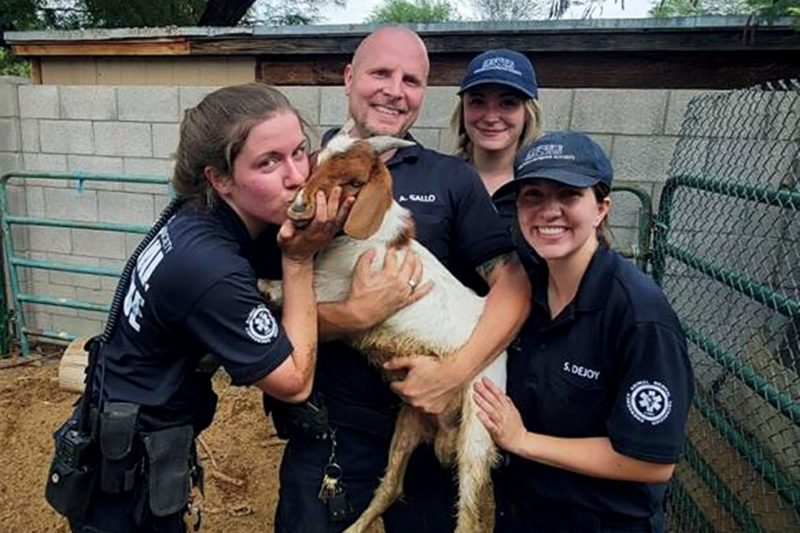 Fortunately, the baby goat was only 4 feet from the hole they dug and the team managed to reach the helpless creature with their hands.

The owner of the goat held the frightened animal by the horn so that rescuers could work without harming him.

After six hours of intense effort, the rescue team finally rescued the goat. The poor baby could have drowned in the pipe if the rescuers had not saved him.