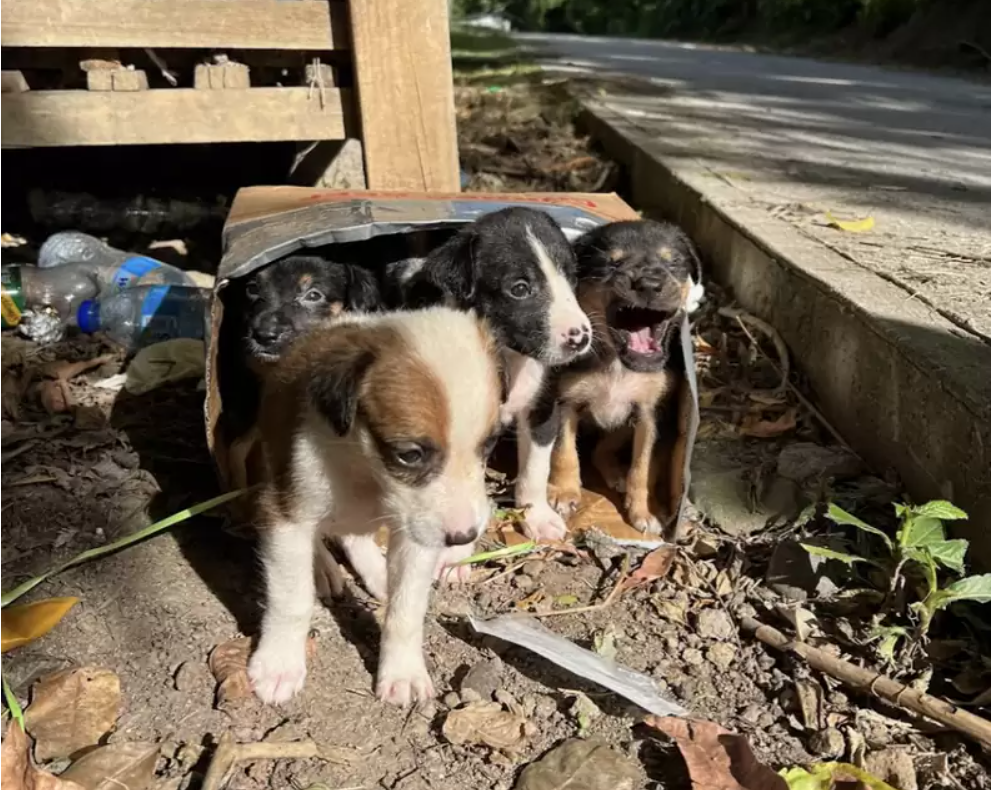 Every year, HelpAWS, an animal rescue organization in Saint Lucia, organizes a spay and neuter clinic. The event is a great way to help manage dog populations on the island. Though it’s rewarding work, it’s also tiring for the staff and veterinarians, who spend long days helping the animals.

And so, fatigued after day three of the clinic, rescue staff were happy to be headed home when they noticed something that made their heart drop. It turns out, their day wasn’t over quite yet.

“[We] noticed the cardboard box sitting on the ground next to the trash can,” Charlene Penney Troubetzkoy, the founder and CEO of HelpAWS, told The Dodo. “We stopped to investigate, knowing what we would find but willing it not to be true.”

There, nestled together in a soggy brown box, were five tiny puppies. 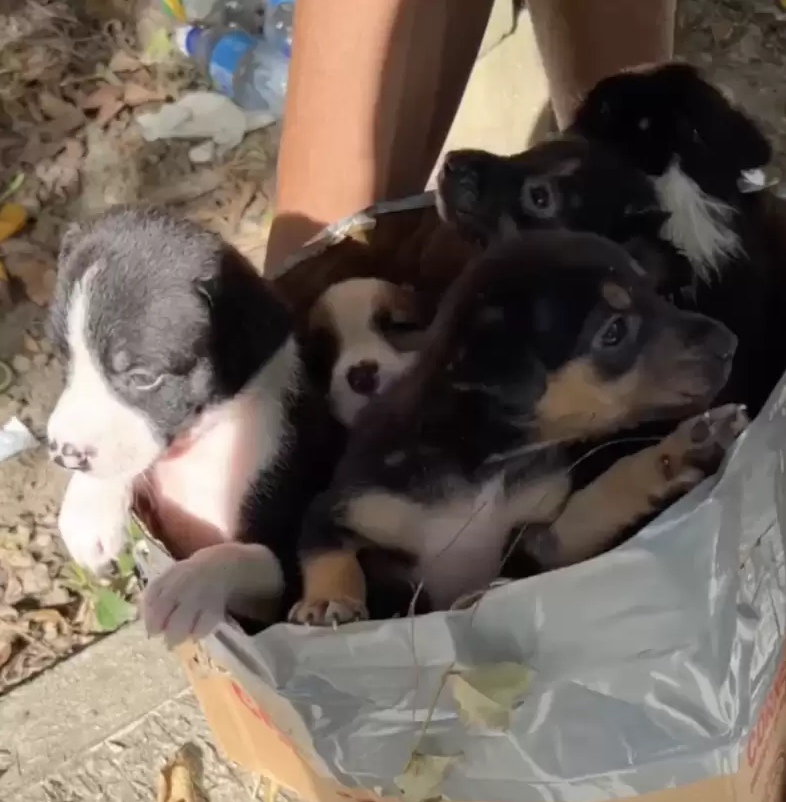 Troubetzkoy gazed at their sweet faces peeking out from the box. Throughout her career, Troubetzkoy has helped many dogs in difficult situations. But moments like these never get easier.

“No matter how many times it happens, it still makes my heart sink to look inside and see tired, scared little eyes looking back at me,” Troubetzkoy said.

Rescue staff quickly transported the puppies to the shelter, where they were assessed for sickness and injury. Initially, the puppies weren’t sure what to think of the new environment. 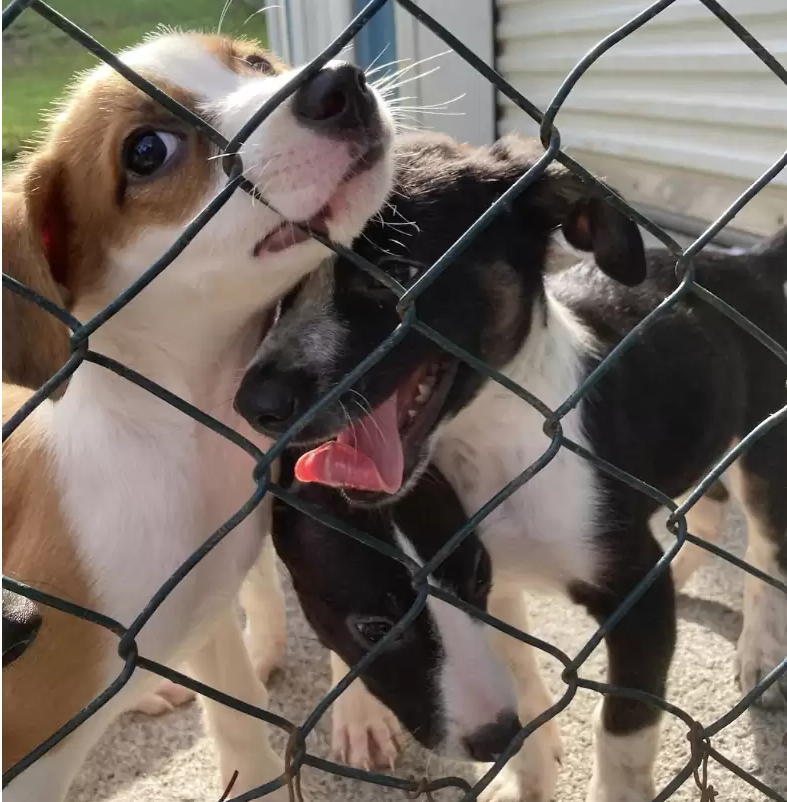 “They were scared at first, which is common,” Troubetzkoy said. “It didn’t take them long to realize they were finally somewhere safe, though, where they would be fed and loved.”

Once they had an all-clear on their health, the puppies were free to enjoy life at the shelter. As they played together, shelter staff began noticing differences in the dogs’ personalities. One puppy in particular, Chrissy, was especially good-natured.

“They have the sweetest personalities, all very curious and outgoing,” Troubetzkoy said. “Chrissy is the most patient of the litter and will wait her turn for treats and cuddles. They all still piled up on each other for naps, like they were still in that little cardboard box.” 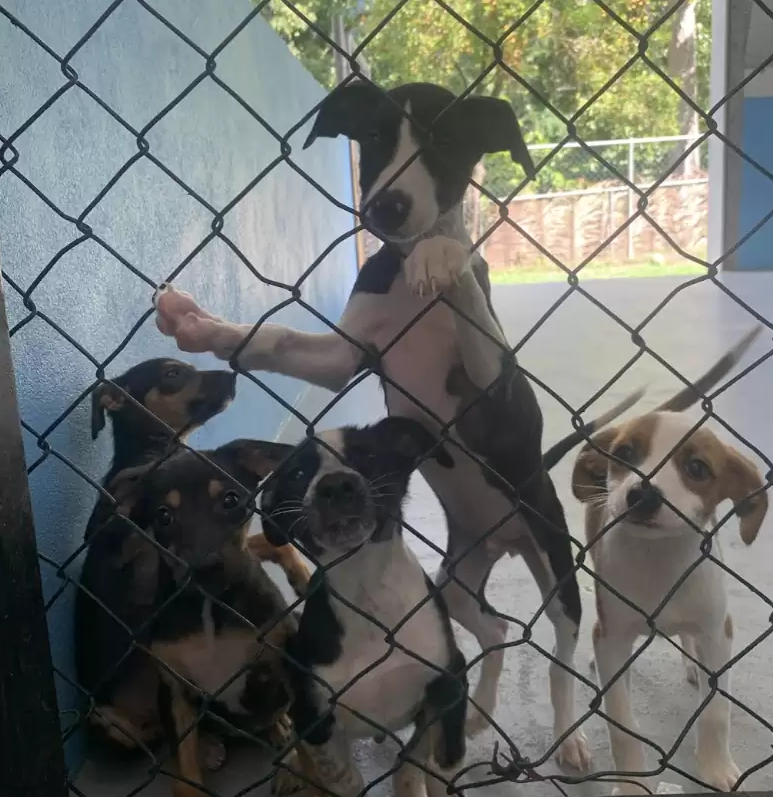 One by one, each member of the “box litter,” as the shelter called them, found their perfect forever home. It was a gratifying moment for shelter staff, who, even at their most exhausted, never gave up on helping animals in need.

There are roughly 60 pups at HelpAWS right now who are in need of a home! If you’re interested in adopting a dog from HelpAWS, visit their adoption page. To help other animals like these puppies, make a donation to HelpAWS.