Once on a very chilled winter day, a stray kitty appeared under the door of a fire service and asked for some help.

The fire station was in Canada, and one of the visitors was astonished when he saw a helpless kitty stare its eyes on him. As the attendant said, it was a freezy night and the cat was stoned near the window. 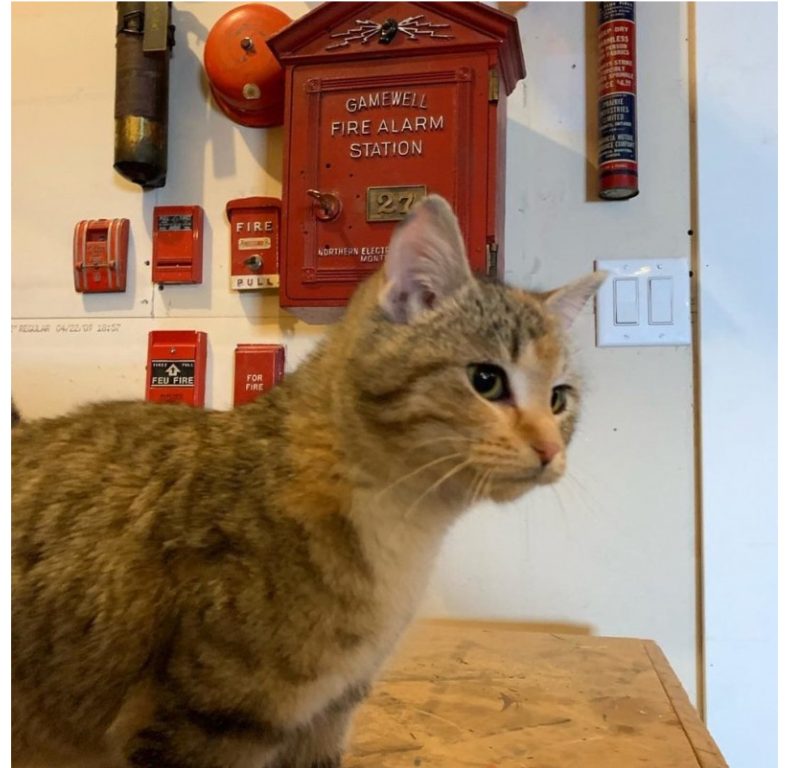 When one of the workers opened the door, the kitty ran and touched his legs.

The employee brought her in, realizing that if they let her stay outdoors, she would be breezed out.
So the first step was to warm her, then it became visible that she was dirty and needed something to eat.

The fire chief who had several cute kitties in his charge agreed to take her with him and keep until they would found a new home for her. 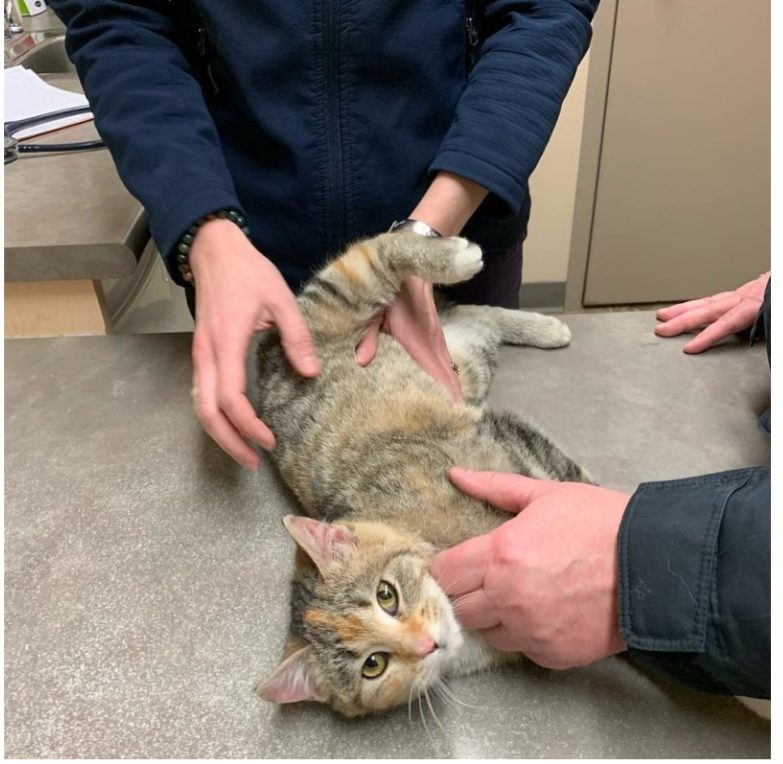 He named the cat Amber and the following day brought her to the vet. The doctor conclude that she all right, only the top of her ears were mildly frostbite.

The fire chief, Kelvin, told that he posted the photo of the kitten on social media to find her owners, but there was no reply.

The workers thought that it would be good if Amber stay in the fire station and became a station cat, but there were some days that no one would stay in the department. So the kitten would be hungry and no one would take care of her. 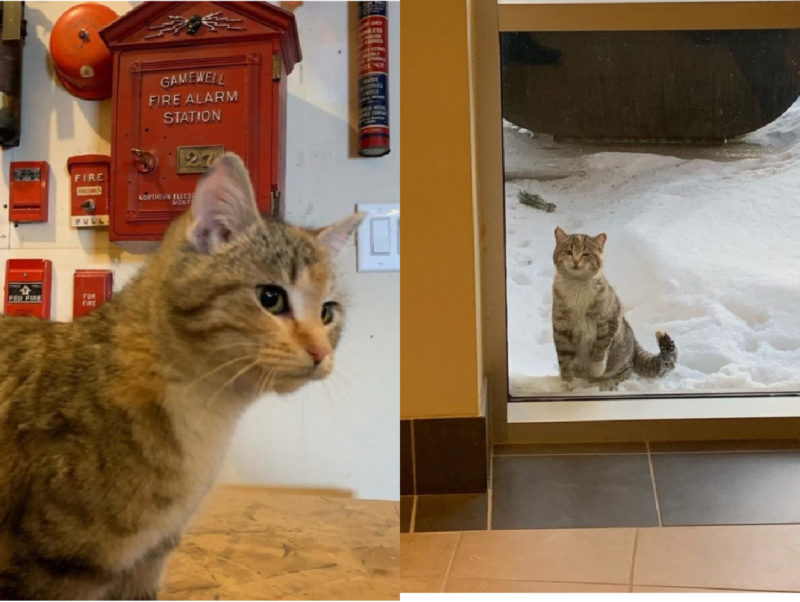 So, luckily, after some time, Kelvin again posted her photos on Facebook and this time found a permanent owner for her.