An American family had a cat named Zeus and a dog called Sam. The animals were almost always nearby, but didn’t feel too much sympathy for each other, rather peacefully coexisted in the same territory. 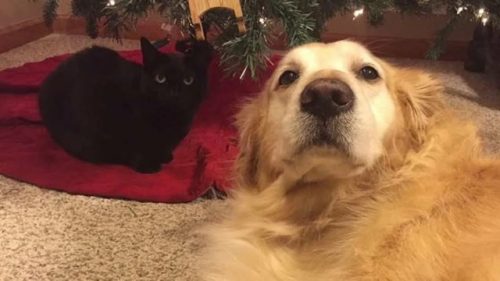 The animals lived together for many years, but, unfortunately, one day Sam died. When the hostess came home, she found a cat who was sitting with his deceased friend. At first sight, it seemed that Zeus didn’t feel any emotions from the loss of a friend, continuing to behave as usual.

Only a few months later, the woman noticed that Zeus was behaving strangely. The cat followed its owner everywhere, couldn’t stay in one place for a long time and often cried loudly. Sometimes the cat, with a pitiful meow, explored all the rooms in the house, as if trying to find someone. 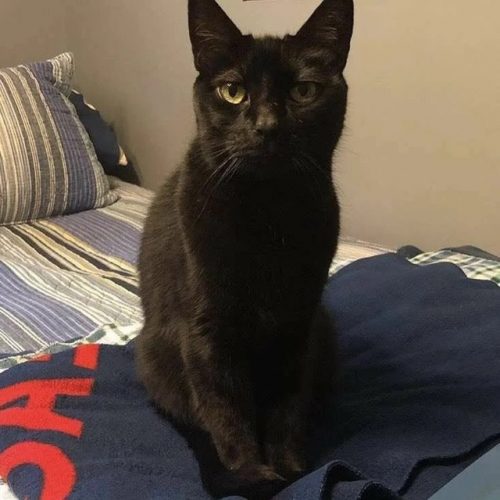 The behavior of Zeus touched the woman, but one of his actions completely brought her to tears. The cat was able to find the collar Sam was wearing. Zeus sat on the collar and sniffed the smell coming from him. It was the collar that helped the cat calm down, because he did not allow him to feel close to his friend again, although not the same as before.

According to the mistress, the collar helps Zeus feel much better, so he often sits in it. 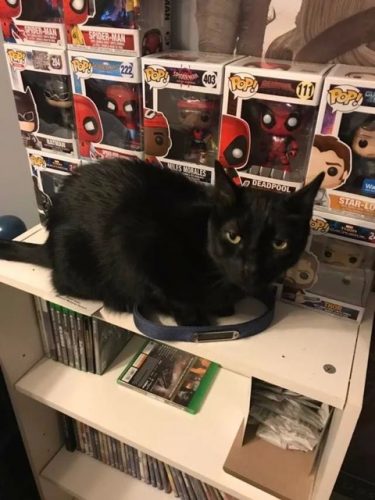 When the dog was alive, the cat didn’t show tender feelings for her, but even with external coldness to each other.The animals were good friends, it is a pity that Zeus realized the importance of this friendship too late.

Police horse dancing on the street after hearing Jazz band performing music in New Orleans
Music is a powerful therapy, yet not only humans but also animals enjoy it.
Entertainments 0 33

After losing her cubs, mother tigress fell into severe depression
A tigress has babies at a zoo in Thailand. Unfortunately, the cubs did not
Entertainments 0 31