A couple of days ago I got a call from a girl. She found three kittens on the street. The babies were very small, their eyes had only recently opened.

Someone wanted to get rid of useless little creatures.

During the day, Marina tried to help them. She fed the crumbs with a pipette, but nothing worked. 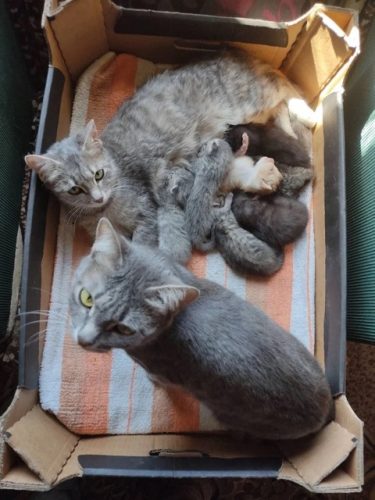 For a long time I tried to find a lactating cat. I posted ads on various social networks.A day later, a girl named Svetlana wrote to me:

“There is a nursing cat here. Please call the given contact.

We called and they told us to bring the kittens. However, there was no certainty that the cat would accept them.

The cat named Maruska was at first bewildered. However, after a few minutes you could hear the smacking of the kittens that were sucking on her breast. 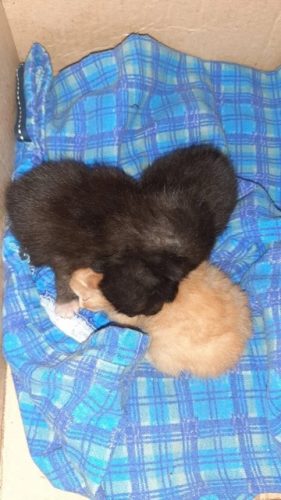 The ability to sympathize and the ability to love in animals is striking. They not only feed their children, but also save those who die through the fault of man. This is an ordinary cat named Marusya, but it is she who saves lives.