Volunteers helping homeless animals received a letter from a girl. She wrote that in a residential area of the city there is a dog that does not walk. 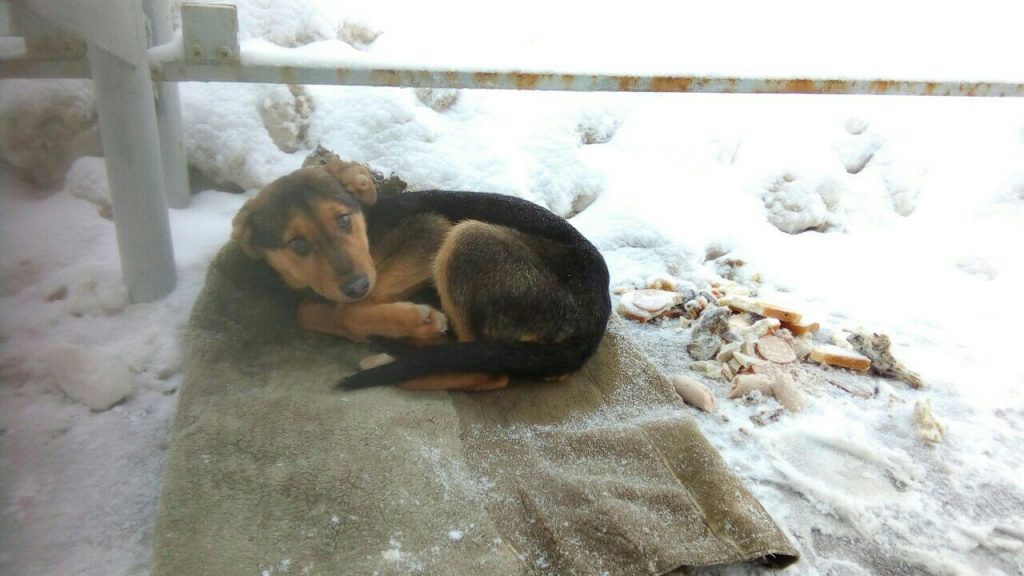 The girl began to bring food to the dog, and she, having gathered the rest of her strength, crawled into her entrance so as not to spend the night on the street.

The residents of the entrance did not like the fact that the dog spent the night on the stairs, so at night, when a severe frost descended on the street, the dog was thrown out the door.

The dog could only lie on the snow, tormented by cold and impotence, and belated passers-by simply turned away from her.

When the volunteers arrived, the dog was already breathing with difficulty. The animal was quickly taken to the clinic, and they immediately decided to operate.

After treatment, the dog was taken to foster care, where she lives to this day. It was not possible to completely restore the mobility of one of the paws, but this did not prevent the dog from returning to a full life, walking and running normally.

Finding a new home for a dog isn’t possible until it even has a curator.

The dog is aware of his loneliness and suffers a lot. Why does no one want to take care of her, what did she do wrong before people?

The owners of the overexposure say that the dog is very affectionate and kind, but at the same time he clearly needs more care and attention than they can give him. I want to believe that this dog will still meet a person who will love her.