“Two families wanted to take Amstaff Dana from the shelter at once, one of them lived in Ufa, the second in Orenburg. The family from Ufa came to the shelter earlier, they liked Dana and they assured the shelter staff that the animal would fall into very good hands and would never again know such resentment and betrayal from people. They spoke sincerely, we believed that Dana was very lucky with the new owners,” said Natalya, who helps the shelter. 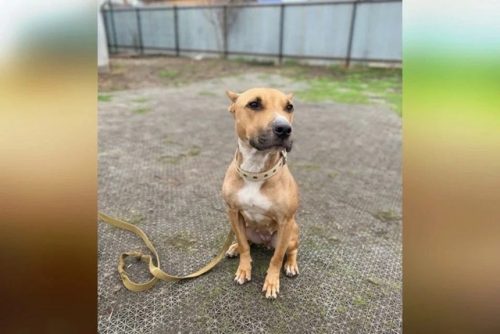 For several years, the hosts shared cute photos of Dana with volunteers, but the idyll didN’t last long. A few days later, people called the shelter and demanded that Dana be taken back. They explained their decision by the fact that the dog attacked their cat and almost gnawed that throat.

“We immediately said that Amstaffs don’t get along well with other animals, they do not get along especially well with cats. We warned about this feature in advance. Dana is not at all aggressive, as it turned out, the cat decided to show who was in charge in the house and attacked the dog.

Amstaffs are strong dogs, so if Dana wanted to kill a cat, the owners wouldn’t have had a chance to save her. We got the impression that after playing with the dog for a couple of days, people just got fed up with it and decided that they didn’t want to take care of it any longer,” the volunteers say.

The second family, which was interested in Dana, had already acquired a dog during this time. Dana is again looking for owners, this time the volunteers categorically do not agree to give her to a family that already has pets. 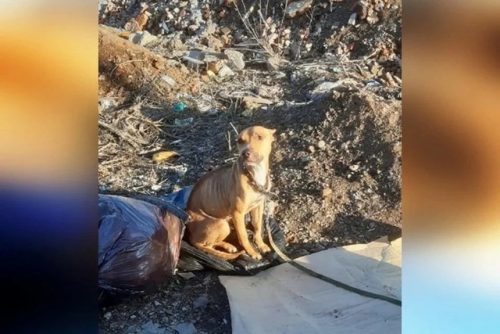 “When deciding to take an animal, you need to understand that you will be responsible for it for many years. Dana was betrayed by the previous owners, left tied in the trash, she deserved to be a pet, not a toy for a while, ”Natalya is convinced.