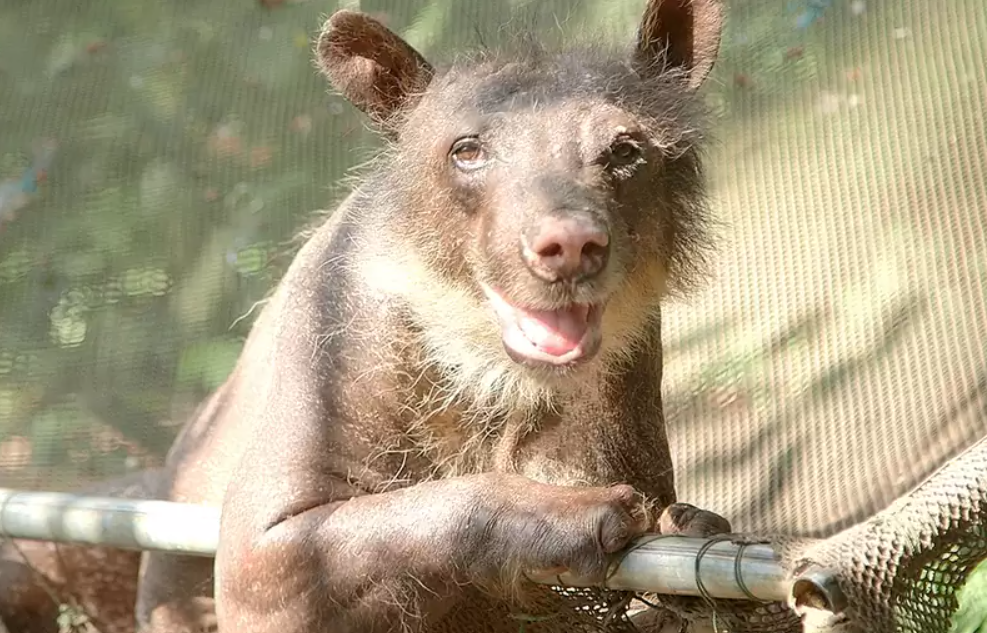 Around seven years ago, a bear named Cholita returned to the wild after a life spent in captivity. Stolen as a cub and sold to a traveling circus and then a zoo, she’d spent most of her time in a small cage watching life pass her by until Animal Defenders International (ADI) stepped in and took her to a habitat in the Peruvian Amazon rainforest.

But before all that, stress and loneliness caused the spectacled bear to lose all of her hair. 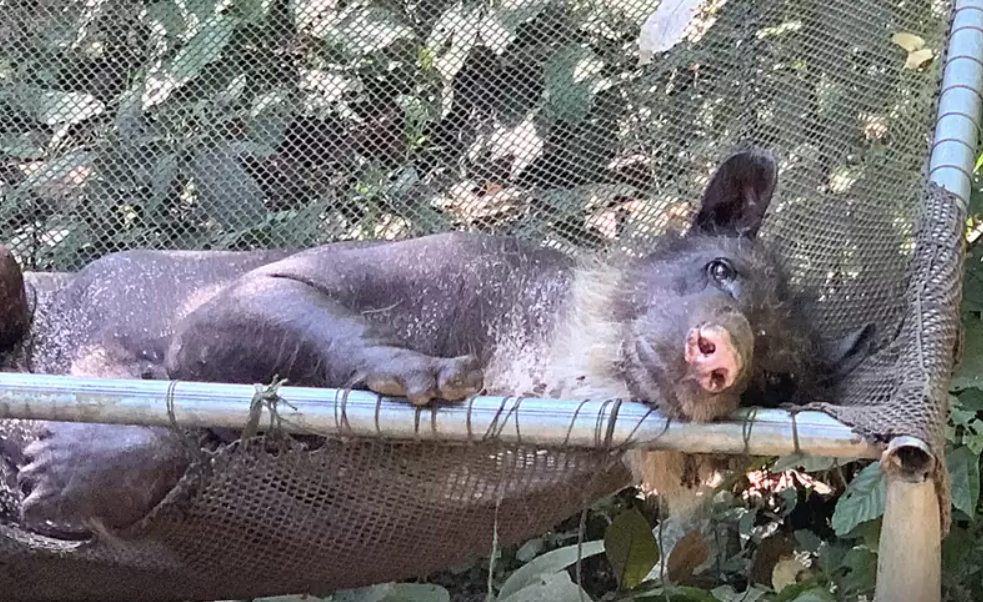 A lot has changed since then, and no one is happier about it than Cholita.

“During her journey over the Andes, we were so worried about her health that we made an oxygen tent for her at altitude,” ADI said in a Facebook post. “Seven years on you can see just how much she has thrived back in her natural habitat.”

Now, Cholita’s life is drastically different from what it used to be. Though her fur may never grow back due to thick skin, her naturally playful personality has finally gotten the chance to shine.

“It is impossible to know Cholita and not love her,” ADI added.

The gentle bear has been a constant presence on ADI’s social media pages, garnering her thousands of supporters across the globe. Cholita’s fans love to see her enjoying a natural forest enclosure, cave, pool and her favorite hammock.

“Our magnificent Queen of the forest is looking forward to carved melons and lots of extra fruit this week to mark Halloween!” ADI said in another Facebook post.

Cholita has been through a lot, but at the estimated age of 30 years old, she’s thriving in her natural habitat, where she gets to eat her favorite things in the world — grapes. 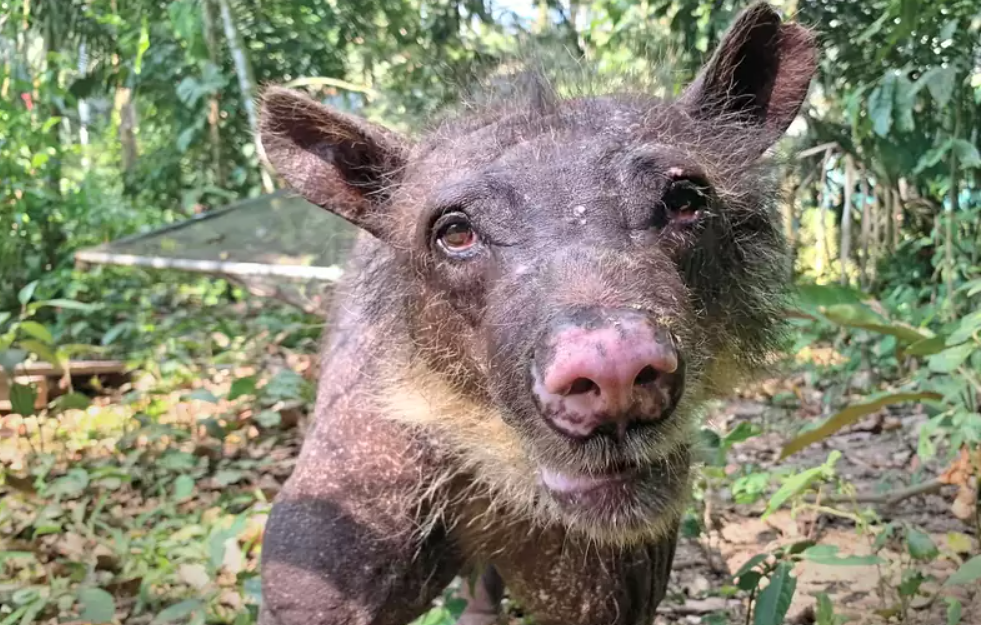 “The rescue of this incredible survivor encouraged government officials to rescue more
bears in Peru,” Jan CreamerADI, President of ADI, told The Dodo. “Cholita spends her busy days chatting to Dominga or Sabina next door, roaming her habitat, soaking in the pool or snoozing in her cave.”

It doesn’t matter what happened in the sweet bear’s past. Cholita is finally safe, living the life she always deserved.