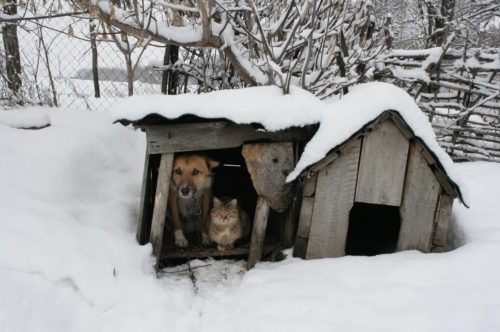 Matryona was a very small cat when she was brought from the city apartment to the summer house, where the whole family planned to spend the summer. The cat loved to spend time outside, climb trees, ride on the grass, she even learned to catch mice.

Matrena became friends with Mura, a cat who lived nearby, as well as a neighbor’s dog named Irma. 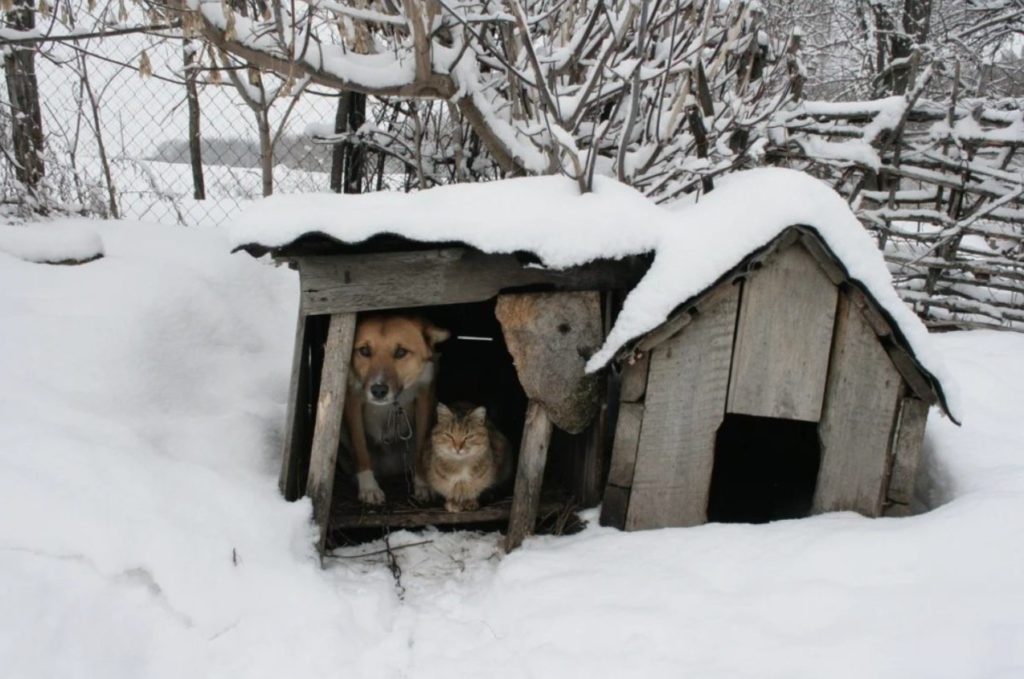 At the end of the summer, the owners of Matryona were going to the city, but they didn’t want to take the cat with them, so she remained in the village. The new owner didn’t have sympathy for the cat, so she tried not to let her into the house.

Matrena had kittens, and by the first frosts, the animal with the kids remained on the street. The dog Irma helped the family, who let the family into her booth.

The dog warmed Matryona and the kids as best she could during the cold weather.

The owners of the dog did not expect that Irma could be so attentive and caring towards other animals and are very proud of their pet.