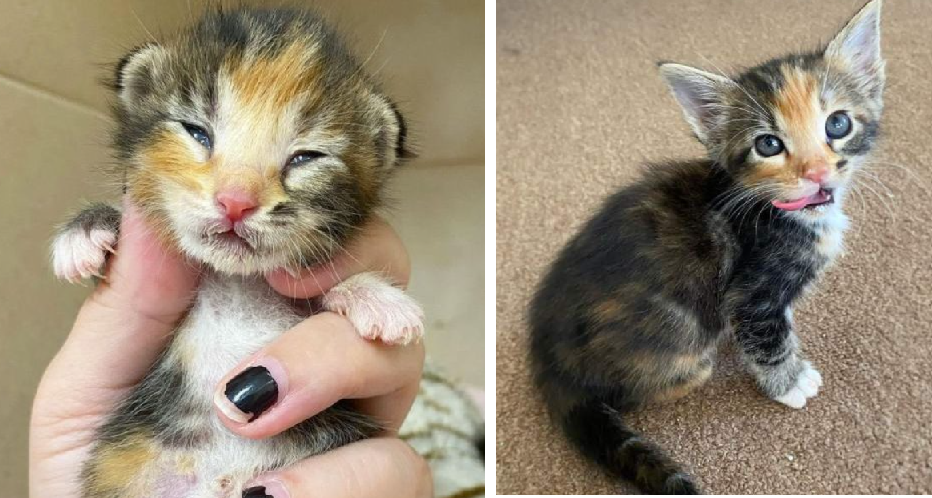 A few weeks ago, a kind man from Southern California found three kittens thrown into the trash. It remained unknown if people or the mother of the cats treated so cruelly with the babies.

Weekly babies needed urgent help. The kittens were sent to a veterinary ambulance.

Flower, as one of the cats was called, did not have half a paw.

The wound on her turned out to be infected, which threatened death if it was not healed. Another kitten had inflammation near the umbilical cord. 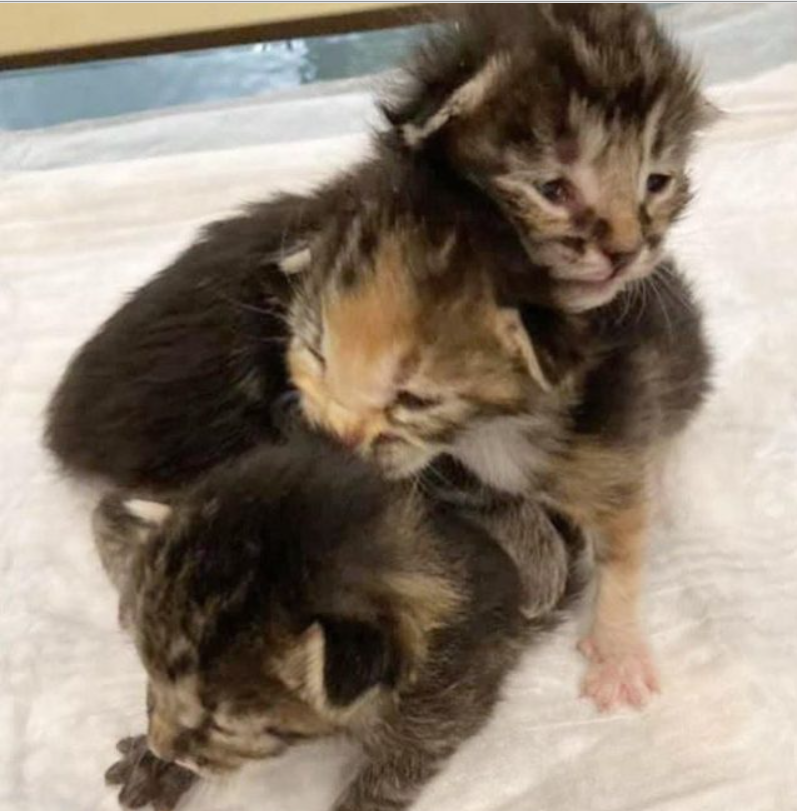 Flower underwent surgery, after which she regained consciousness.

Amanda, who brought the unfortunate cats, learned about this from the veterinarian who called her.

The tiny kitty got up on three legs. She still unsteadily stands on them, but, showing wonderful perseverance, she tries to do the same as her brother and sister, that have four legs.

They all work on balance, grow, get stronger.

Flower is curious and courageous. After the baby grows up, she will undergo a second operation to improve her quality of life.

How important it is to take attention to the surrounding world. Sometimes we think we are weak but our kindness is enough to take care of animals.