Thanks to the efforts of animal rescuers, the mountain lion was set free.

It is a fact that in Peru it is forbidden to use wild animals in circus performances.But many here do not respect the law and continue to mock wild creatures.They put animals in cages. The same fate had a mountain lion, Mufasa. 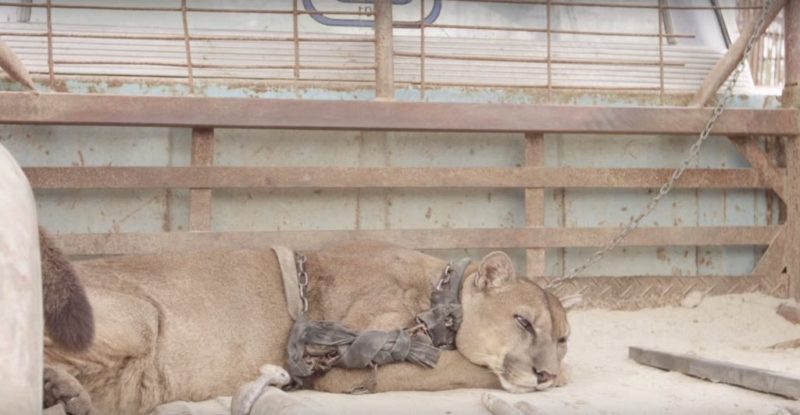 The big cat was forced to perform circus tricks for 20 years. The poor thing was kept in a tiny cage, all chained, having no chance of a normal life.

Fortunately, Mufasa was on the list of rescued animals. The lion was the last wild animal to be saved. 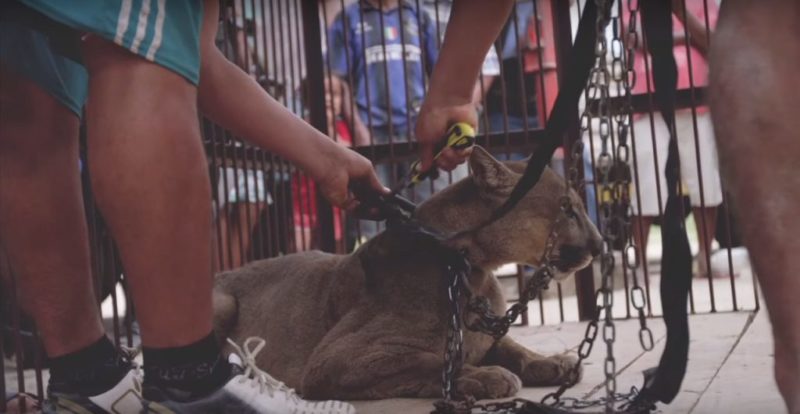 Thanks to the efforts of kind people, now this animal and many others live in the wild or in nature reserves.

Since Mufasa was in chains all his life, he could not return to nature. Now he lives in a nature reserve in the Peruvian forest.

We hope that these torments of wild animals will end soon and people will understand that wild animals should live in the wild.