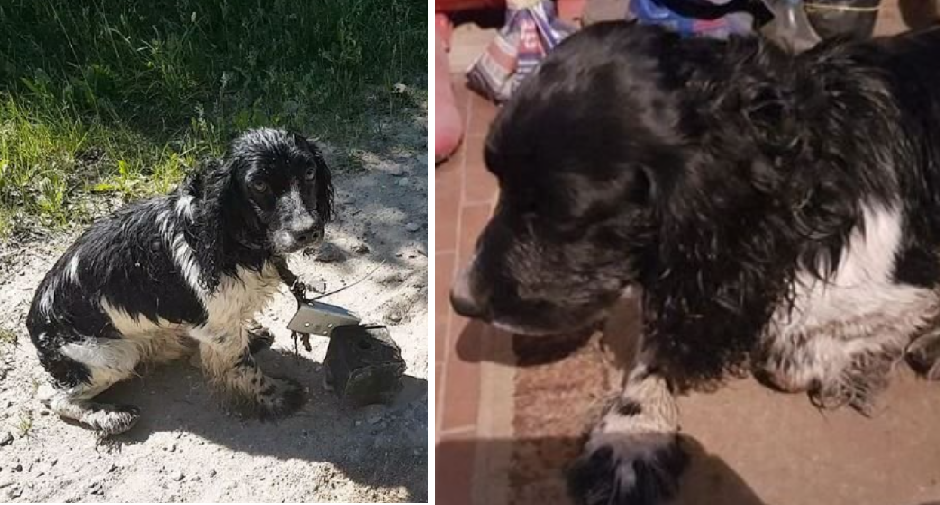 One day Latvian Irma Petraskine was walking along the banks of the Daugava in the evening when she suddenly noticed a puppy lying on the bank.

The dog was frightened and whimpered softly. When the woman approached the wet and cold dog, she noticed a heavy metal object attached to the dog’s collar.

It was evident that they were trying to drown the dog. On this score there were no two opinions, looking at the animal. She took pity on the four-legged creature and decided to take him home.

Irma determined the breed of the dog, the rescued dog turned out to be a black and white spaniel. To this day, it remains a mystery how he managed to get out of the water. 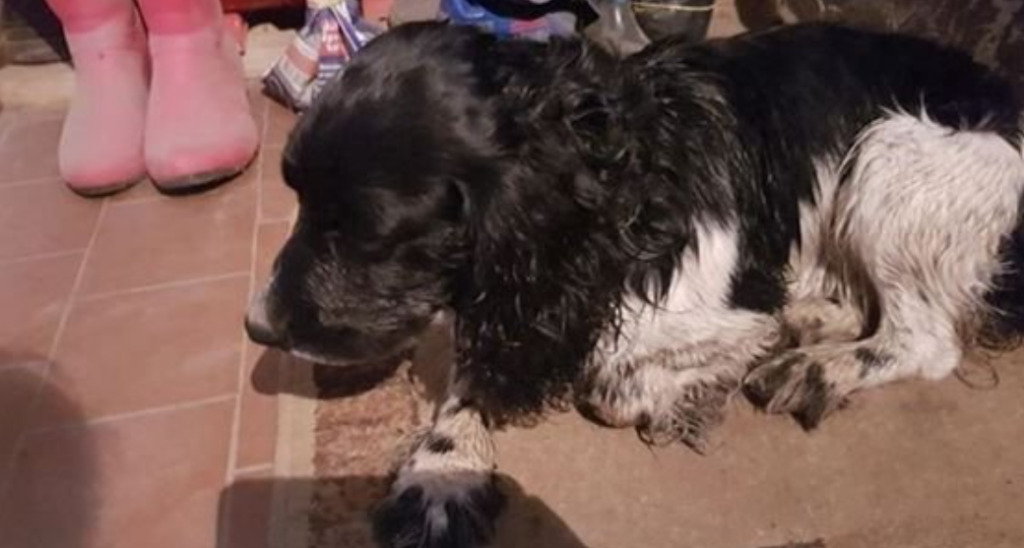 She managed to untie the piece of wire attached to his collar. Despite the treachery and betrayal that he suffered from the man, the dog willingly went into the arms of Irma.

And when she took him in her arms, he licked the woman right in the face in a gesture of gratitude. He pressed his whole body against the woman’s chest and fell silent.

When the woman returned home, she took to social media to explain the circumstances under which she found the dog. 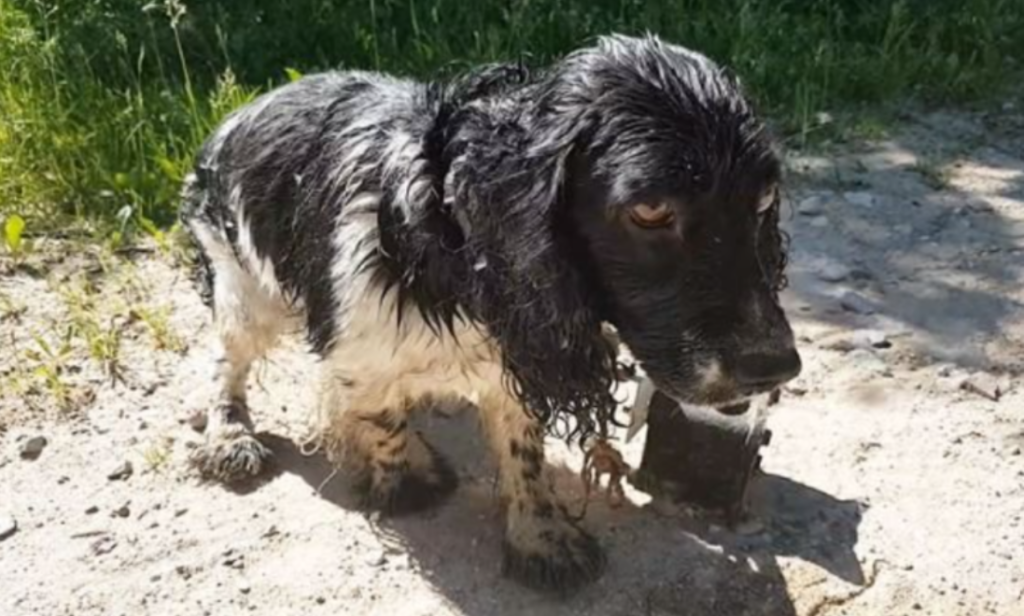 In a short time this page was visited by 750,000 visitors. Everyone was shocked by the heartless owner who decided to get rid of the dog in such a cruel way.

But soon the owner of the dog himself appeared on social networks. He wrote to Irma and said that the dog had run away from home, that he had been looking for him for a long time, but had not found him. 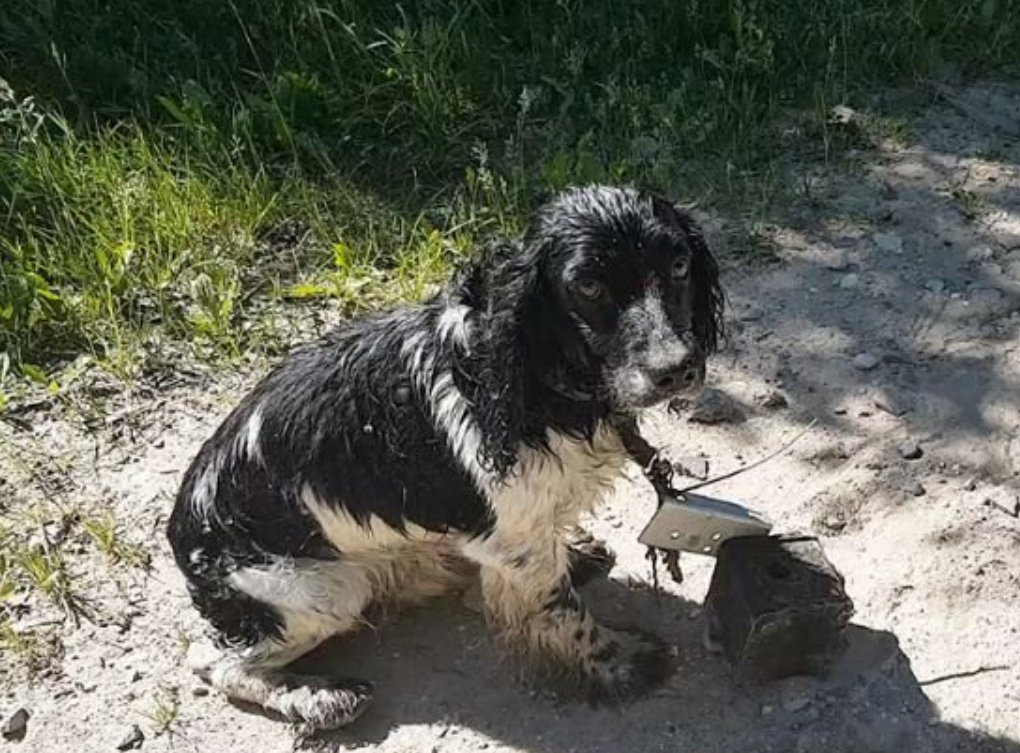 The man asked when he could come in to pick up his dog.

But the woman was still determined not to return the dog to its owner under any circumstances. She asked the shelter volunteers to come and look after the dog until the issue with the owner is resolved.

If it was interesting, please share it with your friends and family !