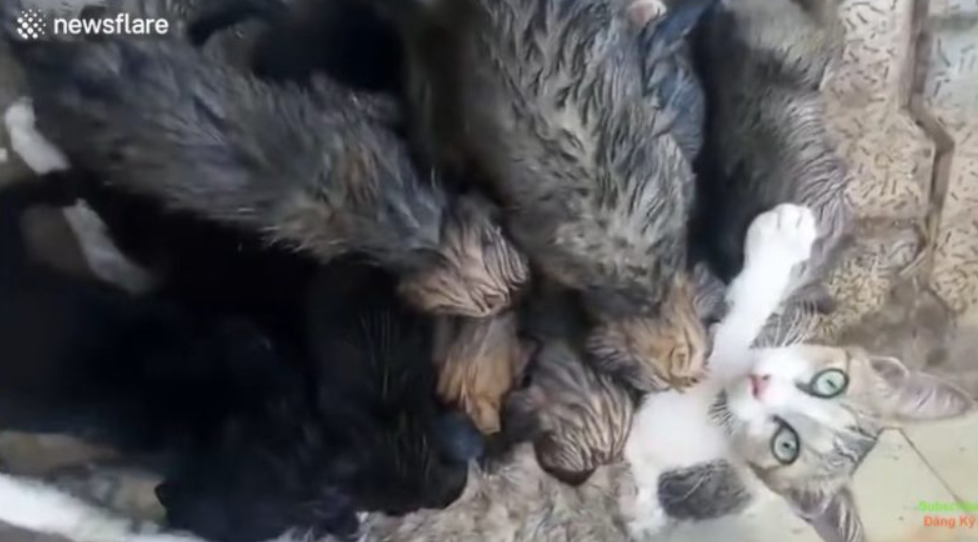 A young man was walking along his city street after the rain and saw some sort of swarming heap. When he got closer, what he saw made him pull out his phone and shoot an incredible scene. 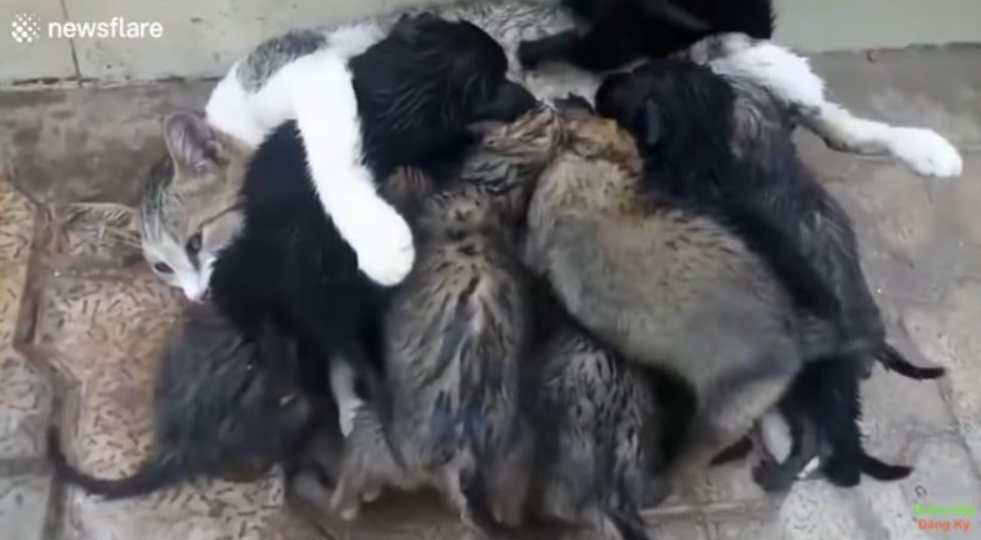 In front of him were several wet puppies, which were fed with milk … cat milk!

Later, the young man found out that the mother of the dogs had been hit by a car, and the cat, who had recently raised her kittens, took care of them. And she has milk again!

It’s just incredibly beautiful to watch how this lovely cat lets the dog babies eat her milk. Simultaneously, she licks them. It is obvious that she is ready to give her warmth, love and attention to the orphaned pups.

Employees of the nearest store feed the cat so that she can continue to nurse the babies.

Also, a secluded place was equipped for this unusual family where they spend the night. Volunteers are already looking for owners for the puppies. 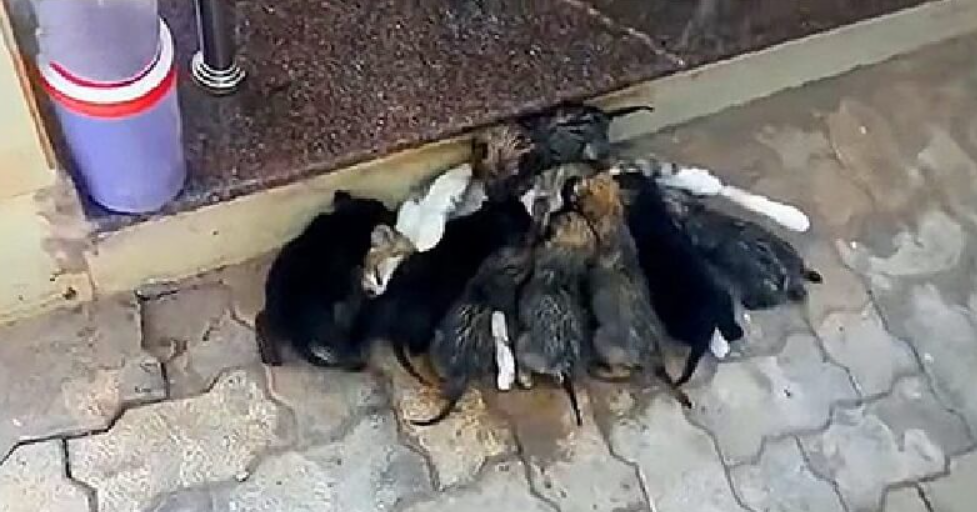 These are animals, these are the most fantastic living being on the planet. They are good, it means we can also be like them!

Yes, let’s take an example from them!