Lions, tigers and bears have different habitats and in the wild they would never get along in the same territory. The same trinity has not only been living side by side for 15 years, they have become best friends. 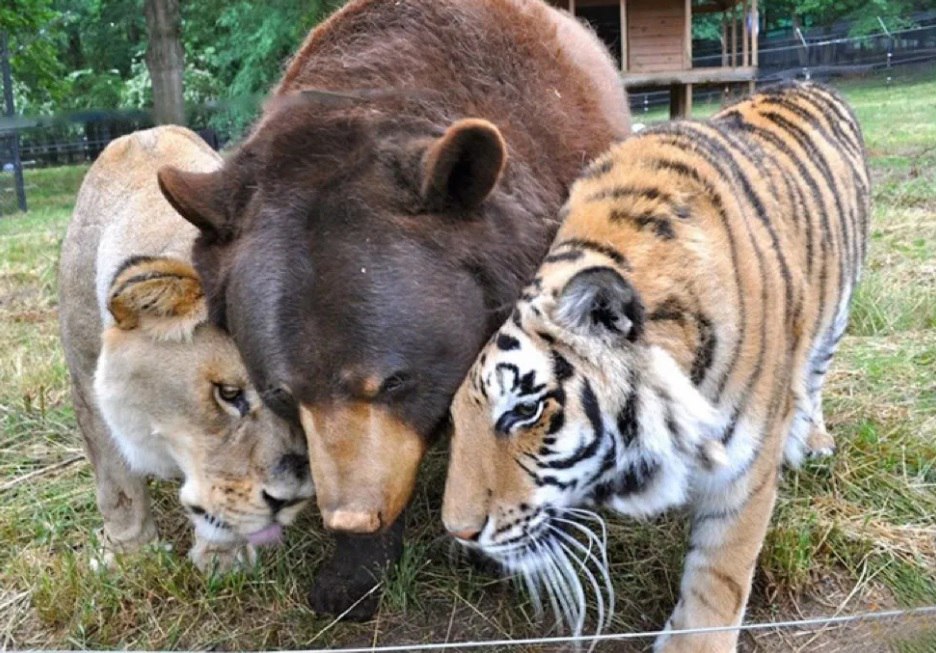 An African lion named Leo, a Bengal tiger named Sher Khan and an American black bear Baloo share not only a difficult past, but also a happy present, which they live in one of the Georgia reserves.

All three animals were found 15 years ago in the basement of a private house that belonged to poachers. In cramped conditions and without proper care, they became each other’s support and support, although in other conditions these animals had practically no chance to make friends. 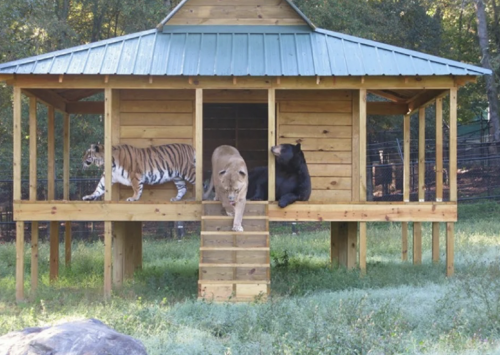 Although the trio were still quite small when they were found, injuries prevented animal rights activists from returning them to the wild. The reserve became a new home for all three.

This trinity treats each other like brothers and despite the difference in interests, they do everything together.

They lived together in a cramped and unsuitable for animals basement, now they have a spacious house, but they still stick together, because this friendship gives them strength. 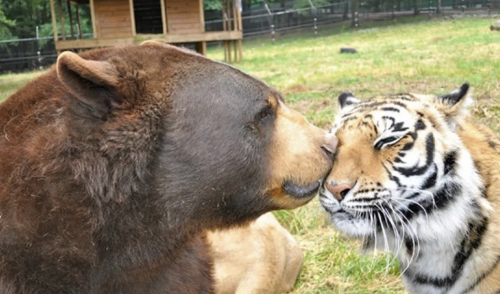 Mutual assistance and support allowed them to survive the bad days, but they did not forget about it even in the days of joy, preserving the relationship that is so important to them.