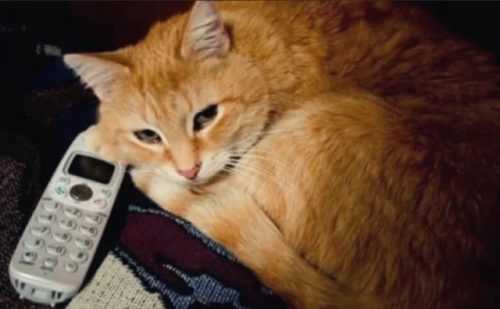 This story took place 16 years ago in Columbus. In this city lived Harry, a wheelchair user, and his cat Tommy. One day, Harry felt unwell, he tried to reach for the phone to call an ambulance, but unsuccessfully moving, he fell out of his chair.

The man couldn’t get up, he had a microstroke. A beloved cat came to the rescue seeing that Harry was ill, Tommy got to the phone and, miraculously, was able to get through to the rescue service. 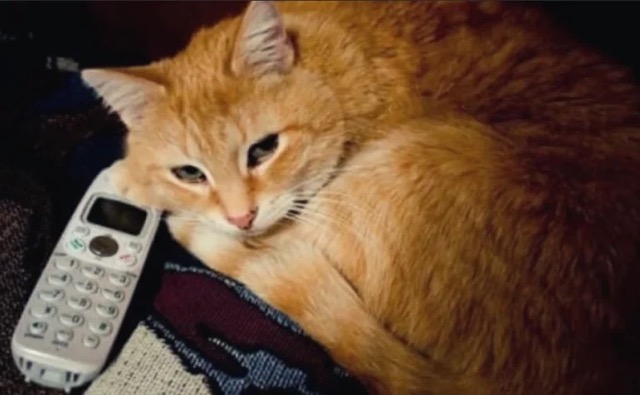 The dispatcher who received the call heard only the cry of the cat, so she hung up and called back, when no one picked up the phone, the dispatcher realized that there was trouble and sent the police to the house.

The policeman confirmed this story when he entered the house, he saw Harry unconscious on the floor and called the doctors.

When Harry came to his senses, he said that he had once tried to teach the cat how to use speed dialing, the first number set in the phone is just the emergency number. 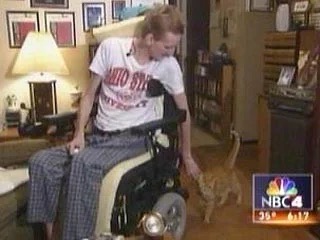 Then the cat didn’t show any signs that he understood what to do, but as it turned out, he did remember something. Harry considers his cat a real hero, thanks to which he survived.

Many American newspapers wrote about this story, even made a TV report about Tommy.