When Alice was in no hurry to go to the kitchen, Theme, who had already worked up an appetite, tried to lure her there with the help of various tricks. He immediately meowed at the door, attracting attention, and when the hostess came up to find out what had happened, he immediately went to the kitchen. 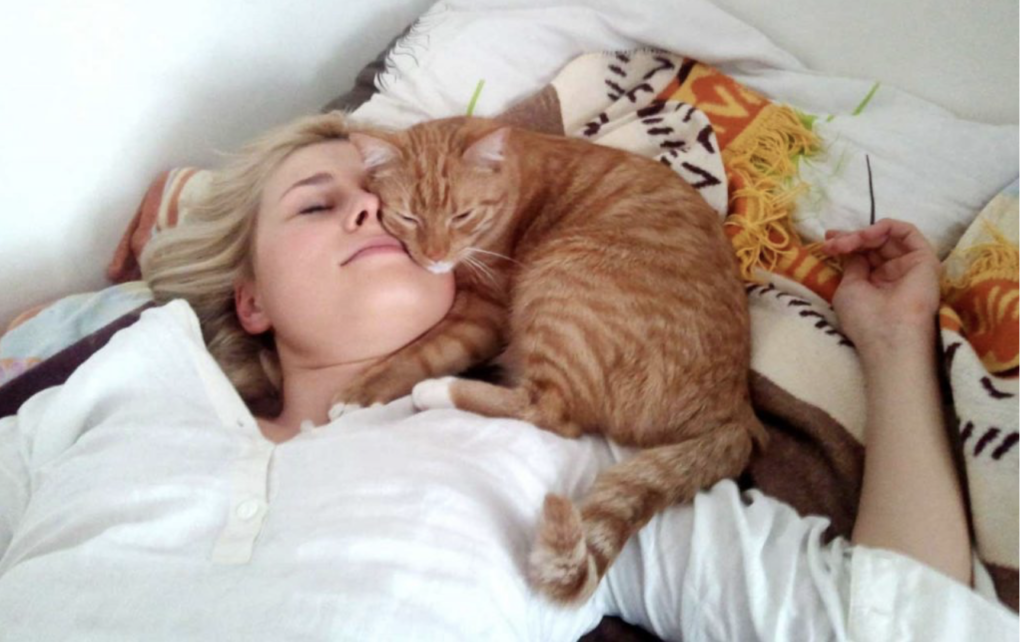 — Well, I won’t eat alone, let’s pour yourself some, I’ve become completely thin. You will die, and who will feed me? the cat said with a look.

The cat’s tricks almost always worked, the hostess dropped her business and hurried to feed the cat.

Alice’s illness disturbed her usual routine. All day she couldn’t muster the strength to just get out of bed. Immediately, the prospect of lying down all day pleased Tema, but closer to dinner he got hungry and began to actively call the girl to the kitchen. With difficulty reaching the kitchen, the girl filled the bowls of the animal and returned to bed. Turning around in the kitchen, the cat again went to Alice, he was not used to eating alone.

Jumping on the bed, the cat began to sniff the girl.

«Why aren’t you coming with me?» I don’t want to be alone,” read the cat’s eyes.

“Tonight you will eat yourself,” said Alice, still unable to muster the strength to get out of bed.

A few hours later, the girl went to the kitchen for water, she needed to drink medicine. The cat immediately rushed after the owner. There was still water and food in the cat’s bowls.

“That means he’s not hungry yet, when he wants to, he’ll eat himself,” the girl decided.

Evening came, but the cat still did not eat anything.

The girl did not want to eat at all, but she was very sorry for the cat, who was hungry, but courageously waited for her to keep him company.

Seeing that Alice was eating soup, although without much enthusiasm, he immediately rushed to his toes and began to eat quickly.

After dinner, the girl and the cat again went to bed.

“Don’t worry, I’ll stay with you and make sure you get well,” Tema expressed with his eyes, settling at the side of the hostess.

After dinner, the cat led the mistress back to the bed.

«Nothing, you’ll get better soon!» — as if the cat was trying to say, laying down next to the girl, — I’ll take care of you.