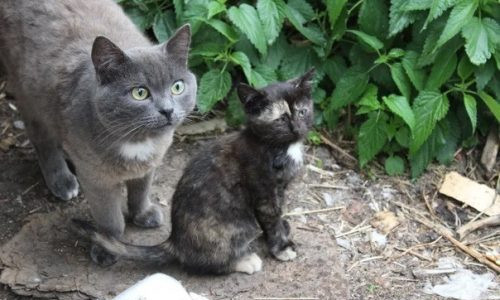 It’s hard to put into words what happened.

When Rita passed away, a cat, a cat, kittens, a dog and three dozen chickens were left completely alone in her house.

Soon Lena appeared. Nobody knew the woman, but she claimed that she was familiar with the late mistress. Lena moved into the house, put a new lock on the door and quickly sold the chickens, promising to use the money she received to feed the rest of the animals. 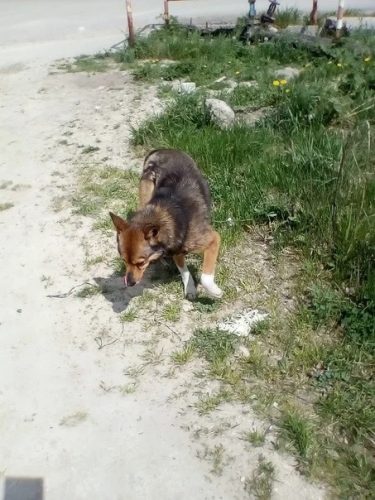 Nobody knew Rita’s family, and she had almost no relatives, only a nephew and a son who lived all his life in a boarding school. Nobody knew how to find relatives. Rita led a modest life, gardening and taking care of homeless animals, feeding them, looking for families for them. Rita passed away quickly, they said that from the coronavirus.

Lena almost immediately took possession of a small house, drove the animals out into the street, sold the chickens and disappeared as suddenly as she appeared.

For a month of a lonely life, the dog turned into a walking skeleton. We did not manage to find all the kittens. The cat with the cat and one kid returned to their house, but its doors were locked.

While waiting to be let into the house, the cats settled into a wicker basket and bucket standing outside. Every evening the cats returned to their place near the house, and during the day they left to look for food.

The woman did not answer questions about how it was possible to leave the animals alone, she just repeated that Rita bequeathed everything to her, however, only not in words.

A lonely neighbor was afraid to get involved with drunken youth, so she left.

We arrived the next day. By that time, the trace of Lena had disappeared, the doors were again locked, and the dog, as soon as he saw people, fled.

The basket in which the cat slept was filled to the brim with cigarette butts, the cat and the kitten settled down in a bucket in which someone had obviously vomited the day before. Even looking at animals without crying was impossible. 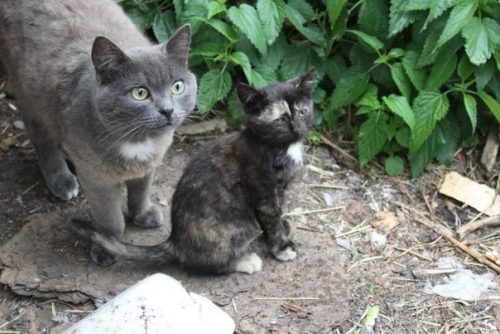 Three kittens quickly found families, the cat Musya was waiting for offspring. The cat is very young, but very dirty and as if faded from life on the street.

A one and a half month old cat is very affectionate, ready to fawn on anyone who just gives her food.

The dog is not given in the hands, so it was decided to feed it until it gets used to us again. We can only guess what the dog went through if in just a month she began to be so afraid of people.