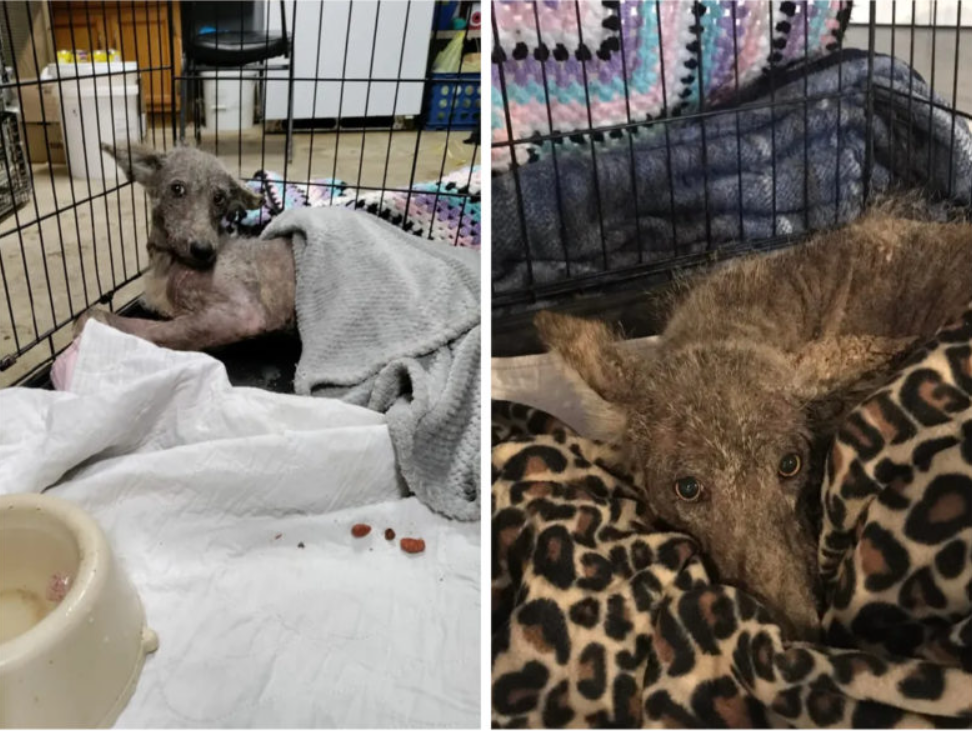 Shortly before the New Year, a strange, trembling animal appeared in the yard of a resident of Pennsylvania – Christina Eight. At a glance, it was impossible to tell who was standing in front of her.

The unexpected guest, according to Christina, looked like a dog, a coyote, and even a young wolf. It was dangerous to come into contact with a wild animal, but Christina understood: it was asking for help!

The foundling was clearly afraid of the man. The animal trembled like an aspen leaf and peered into the eyes surreptitiously. “I didn’t know what to do. But from his behavior, I realized that he was scared and cold.

All I could think about then was: “I have to help him,” the girl says in an interview with Philly Voice.

Christina somehow lured the animal into the basement and then called TJ’d Rescue Hideaway. 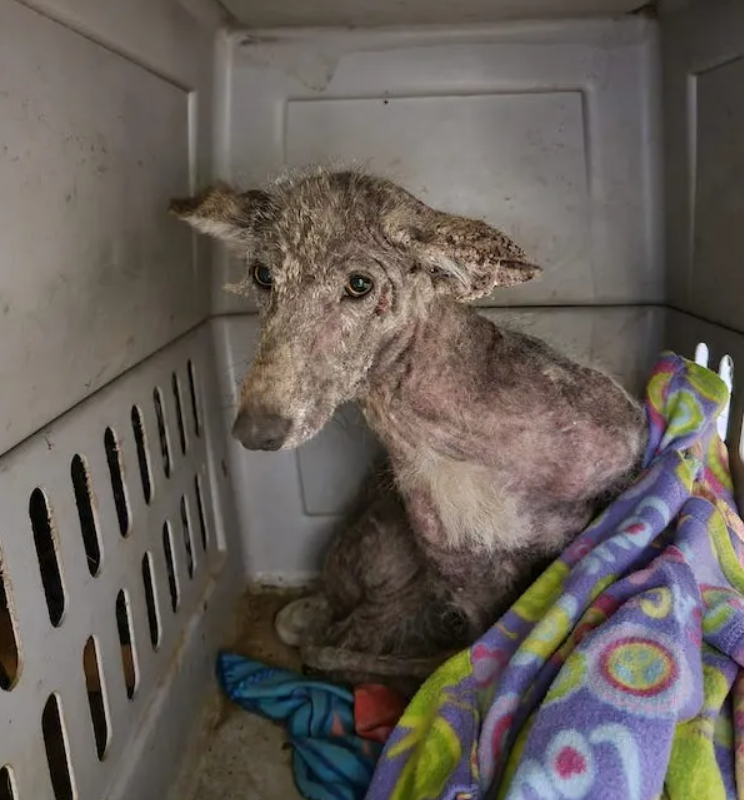 This non-profit volunteer organization provides temporary shelter for rescued and abandoned dogs and cats, and rehabilitates animals that have lived on the street for a long time.

Employees of the service, having examined the ward of Christina, also could not determine to which species he belongs. The coat and skin of the animal suffered greatly from advanced demodicosis.

The inspectors came to the conclusion that they were the product of a connection between a wolf and a coyote (coywolf) or a coyote with a dog (coydog). 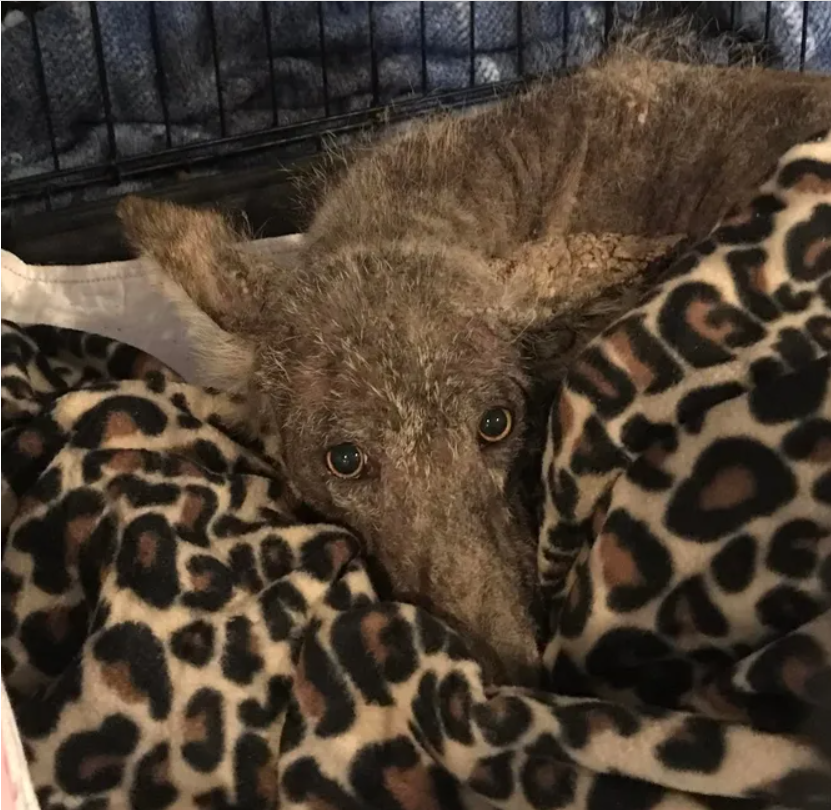 As for Christina and her family, they have long made an important decision for themselves: if their ward turns out to be a dog; the family is ready to open the doors of their house for him.

If it is confirmed that it is a coyote, the woman will be glad to see how he is released into the wild again. “I am happy that I noticed the tracks in time and found him. Now they can help him,” she says.