In August 1996, an accident occurred at the Brookfield Zoo (Illinois).A three-year-old boy fell over a fence from a five-meter height directly into an enclosure where lived a huge gorilla named Binti Jua . From a strong blow to the head, he lost consciousness and lay motionless in the middle of a fenced area. 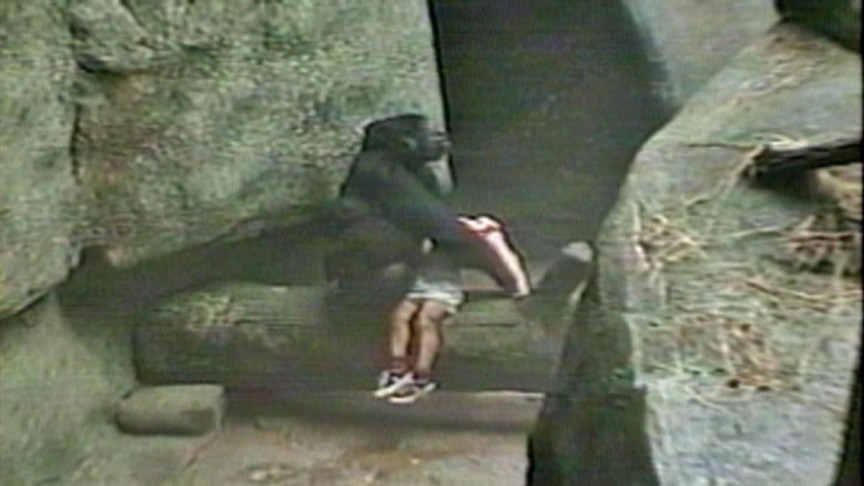 The child’s parents and zoo visitors waited in horror for the reaction of the gorilla, whose peace was suddenly disturbed. Nevertheless, contrary to all fears, Binti Jua calmly approached the boy, lifted him slightly and carefully began to examine the wound on his head.

Later, zoo workers appeared, they took the injured child out of the enclosure without any problems and provided him with the necessary medical care.