An unusual visitor entered the doors of the Texas Police Department. Before the eyes of the stunned employees, the beautiful dog walked around the room, and then jumped with its front paws right on the counter. 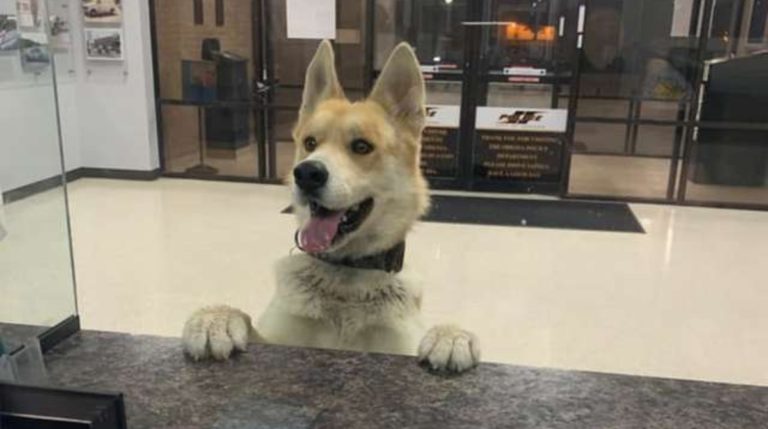 The friendly pet tried to inform people about the incident and tell them that he was lost. The smart kid really came by himself.

Among the officers was a young sergeant named Martin, who immediately noticed that the dog was not at all upset by his “lost” status. Probably,he just wanted to have a good time and ran away from home.

Everyone around was happy to see the pet. Martin had a tennis ball with him, which the employees gladly threw to the animal. People enjoyed watching the friendly dog play.

Despite the fact that the police clearly enjoyed the company of the animal, they didn’t forget about the purpose of his visit. Since the dog is lost, it means that you need to return him home. But there was a little problem. 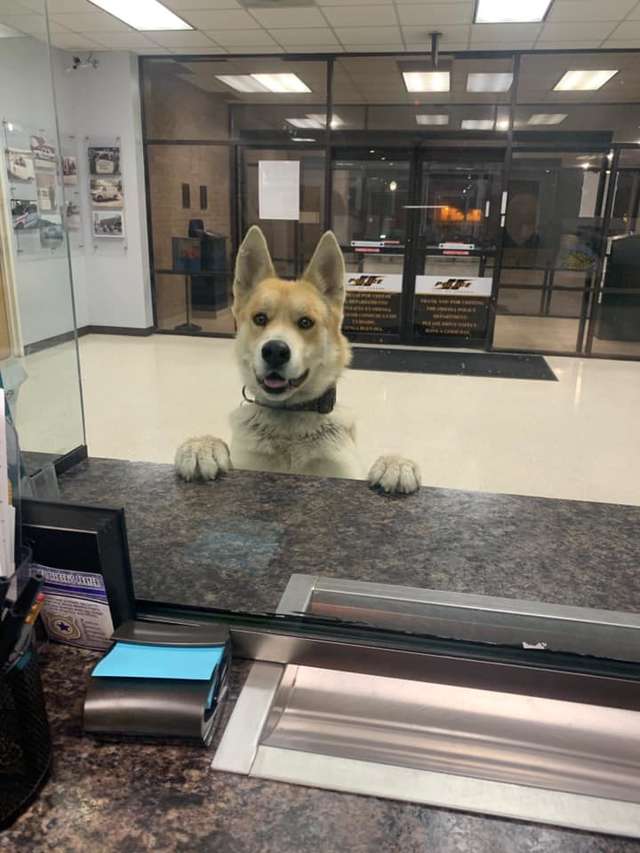 The fugitive was wearing a collar, but the address tag fell off.So It had to contact the animal control department to check for a microchip in the pet.

But even before the management staff arrived for the baby, the situation changed dramatically.The dog probably decided that he had been away for too long. Without waiting for help, he independently went to the owners.

As quickly as it entered the building, the pet retreated back to the family. Of course, Martin wrote about the incident on social networks. And the very next day he was contacted by the owner of the dog. It turns out that the tomboy still returned home. 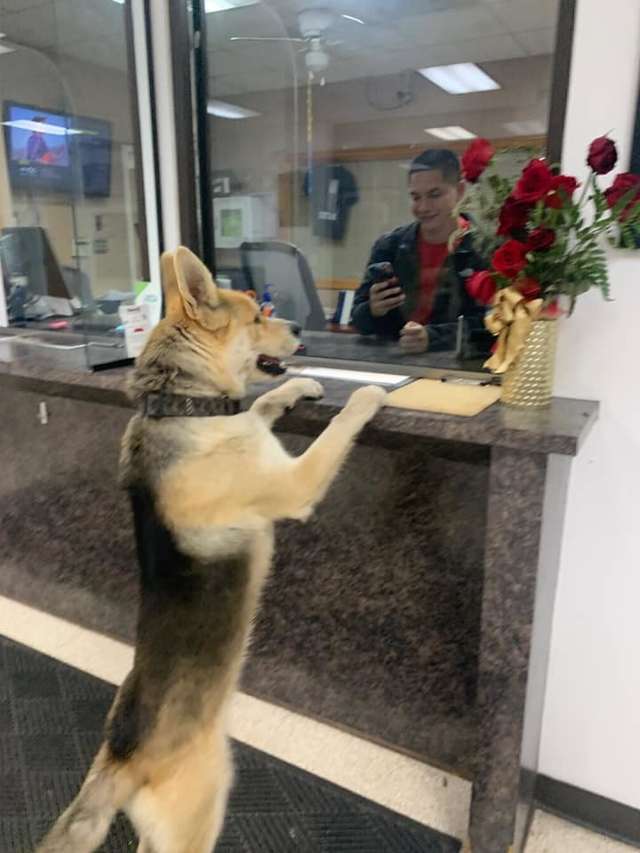 The dog’s name is Chico, and he seems to have «solved» his first case of his own, and without the help of the police. Lost himself, and then found himself.

Martin jokingly says that the pet has a great future in law enforcement.