Puppies and kittens simply can’t compete with this «king of tenderness.» His name is Uni and he’s just the cutest raccoon in the world. In order to attract attention, he has everything you need: fluffy fur, a leather nose, sparkling eyes, and most importantly, just an awesome haircut! 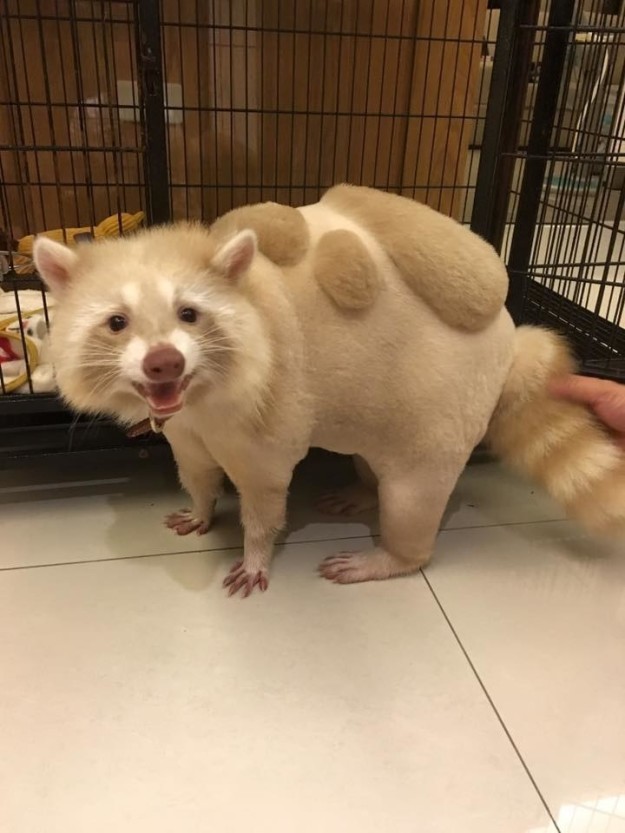 A two-year-old domestic raccoon named Uni is undoubtedly one of the most adorable creatures in the world.

Uni lives in Taiwan. His mistress, 33-year-old Joyce Tai, carefully looks after him and even came up with an exclusive haircut for him — with a fluffy dog paw on his back.

Tai shaves Uni once a year, before vaccinations. Raccoons are usually completely shaved before the procedure, she said, but she and Uni’s groomer decided to experiment by leaving enough hair on his back for a curly haircut. Plus, the vets told her it was good for the raccoons when it was hot and it was hot that summer. 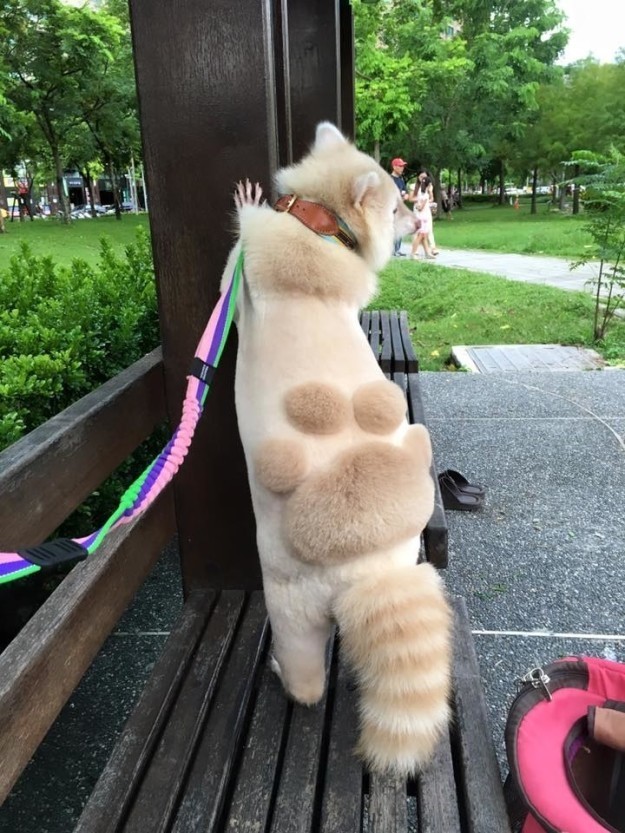 She says Uni’s unusual fur color is called «cinnamon» and he is not an albino. Its feature is scientifically called «leucism» a condition in which the animal loses part of the pigment that colors the coat and skin.

«Actually, he was so ugly as a kid,» Tai admits. She bought Uni in 2014 from a friend of hers, choosing him only because he was the only male in a litter of three puppies. In Taiwan, it is legal to keep raccoons as pets.

Tai started a Facebook page for Uni, where more than 4,000 people are already following his life. A photo of Uni with his current hairstyle caused a sensation not only on Facebook, but also on Twitter, as well as on the Chinese social network Weibo. 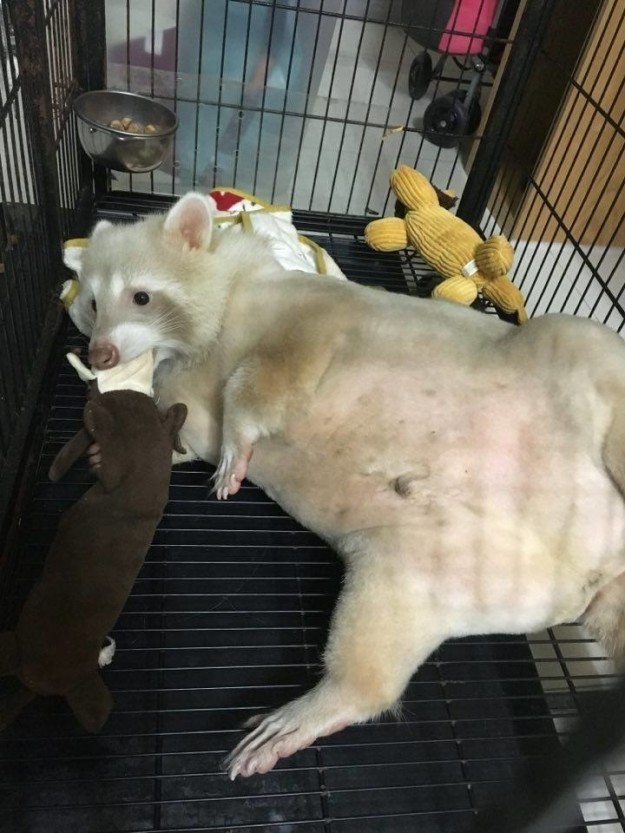 Joyce Tai was the last to know about the worldwide popularity of her pet. According to her, she didn’t count on such an effect at all. «I’m a regular working person,» she says, «and I just wanted to share Uni’s photos with people to make them happy.»

Police horse dancing on the street after hearing Jazz band performing music in New Orleans
Music is a powerful therapy, yet not only humans but also animals enjoy it.
Entertainments 0 31

After losing her cubs, mother tigress fell into severe depression
A tigress has babies at a zoo in Thailand. Unfortunately, the cubs did not
Entertainments 0 28