In a cramped, rusty iron cage, this brown bear named Tomy spent two long, agonizing years. All this time he ate only bread and beer, nothing more was given to him. Fortunately, this story has a happy ending. Most recently, Tomy who has already been called the saddest bear in the world on the Internet, was rescued. And now he will start a new life in a great nature reserve. 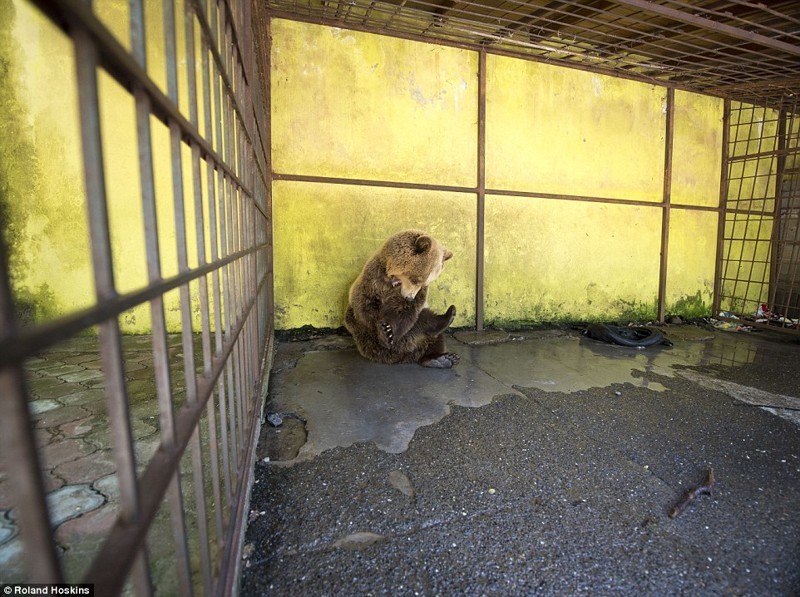 Two years ago, Tomy was kidnapped from his native home in the wild and turned into a tourist attraction.

A five-year-old bear spent two years in a cramped cage at a restaurant north of the Albanian capital.

Tommy’s cage was regularly surrounded by crowds of people with smartphones, eager to film the bear or take a selfie with him.

Sometimes visitors to the restaurant fed Tom with pies, chips and other food that was harmful to him, while the «owner» preferred to give the bear beer to drink.

Tomy was so depressed that he bit his limbs hard, while shaking his head violently.

The restaurant owner, who declined to be named, chalked up the bear’s unsettling behavior to «boredom» but insisted he wasn’t hurt by being caged 24 hours a day.

On Tuesday, two months after MailOnline published the first article about Tomy, the Albanian authorities, together with the Four Paws organization, carried out a rescue operation and «confiscated» the bear. 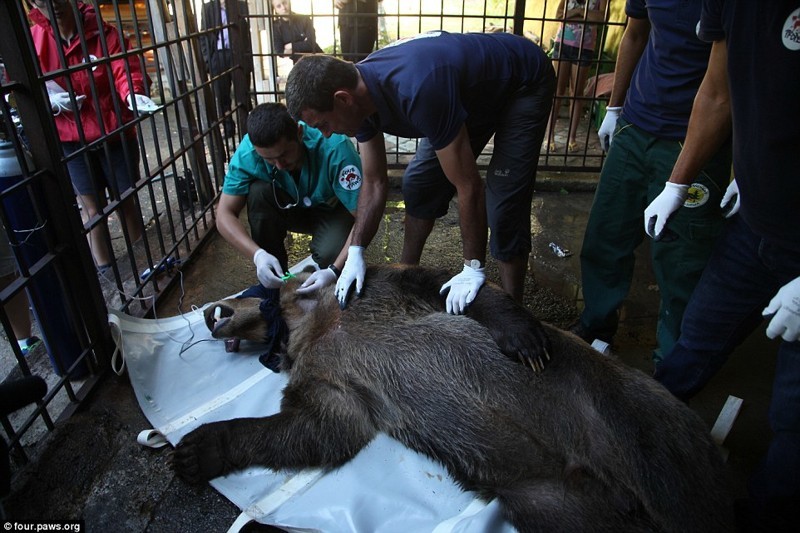 Tomy was examined by a veterinarian, after which the bear was transferred to the Tirana Zoo, where he will spend a couple of weeks before leaving for a bear sanctuary in Kosovo.

Bear abuse isn’t uncommon in Albania and although Tomy is lucky, many other bears remain in appalling conditions.

For example, that called «selfie-bear» named Jeta is driven everywhere by the owner on a chain attached to her nose, and every jerk hurts her.

This poor fellow also lives in a tiny cage near a restaurant, but already in a safari zoo in the city of Fier.

As with Tomy, the owners of the establishments capture and lock the bears in cages with the expectation that they will attract more customers.

FOUR PAWS launched a petition to create new laws to protect Albanian bears and enforce those already in place.

After losing her cubs, mother tigress fell into severe depression
A tigress has babies at a zoo in Thailand. Unfortunately, the cubs did not
Entertainments 0 30