This cat appeared in the yard where the locals were feeding homeless animals. But this animal needed treatment much more than food. It was hard to even imagine how this cat could survive with such severe injuries, because because of the broken jaw, he could not even eat properly. 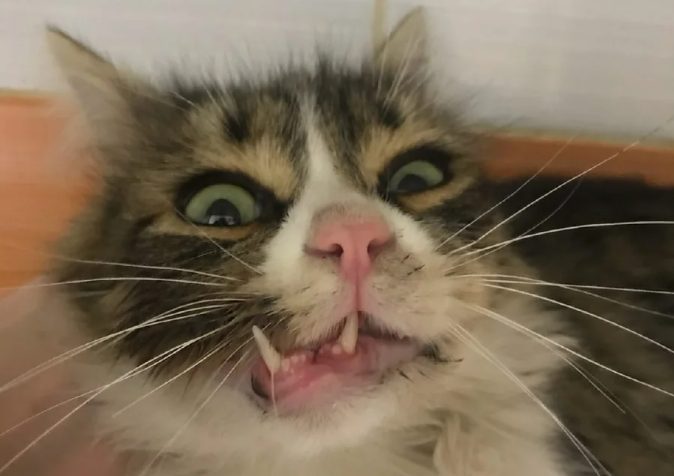 The volunteer immediately took the cat from the street and took it to the clinic, which was located in another city. People called the new ward Ladushka. The clinic staff was just taking their patients to an institution where they treated blind cats, so Ladushka went with them. On examination, it turned out that the cat’s jaw injury is old, so serious treatment is required, which is possible only in a hospital.

A few days after the operation, Lada felt better, she was able to eat on her own. A few days later, the cat was supposed to be discharged from the clinic, but there was no place to take her, because the shelter was already overcrowded. 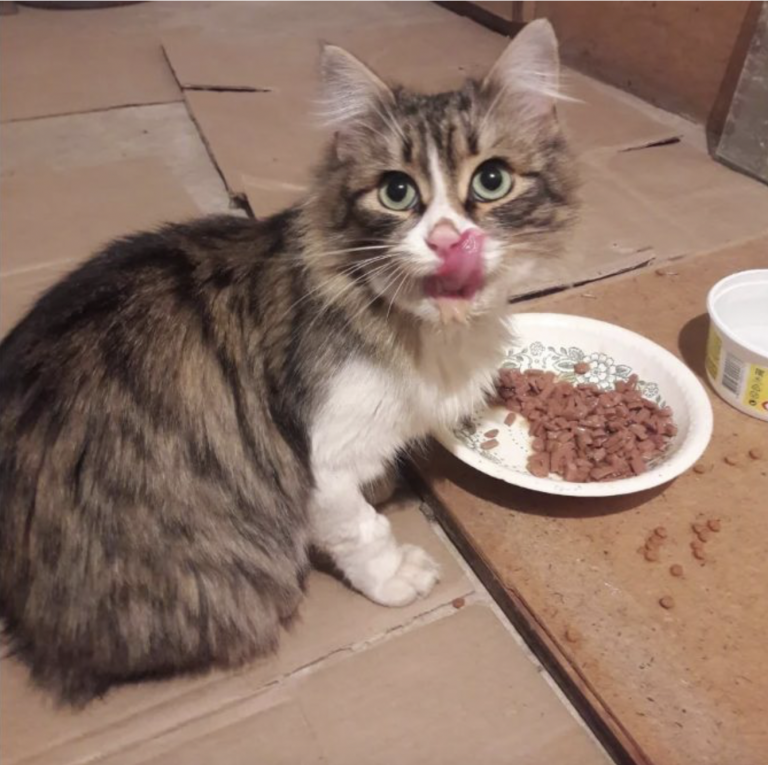 Lada was taken by a woman who found her on the street. She settled the cat in a utility room, but soon she ran away. Ladushka was found and again sent for overexposure, this time taking all precautions.