Although in appearance and size this creature is more like a lynx, but no, it is an ordinary house cat. Well, not ordinary, but the biggest cat in New York. His name is Samson and he is a thoroughbred Maine Coon. Despite his impressive size and formidable appearance, Samson is a very affectionate and kind cat. 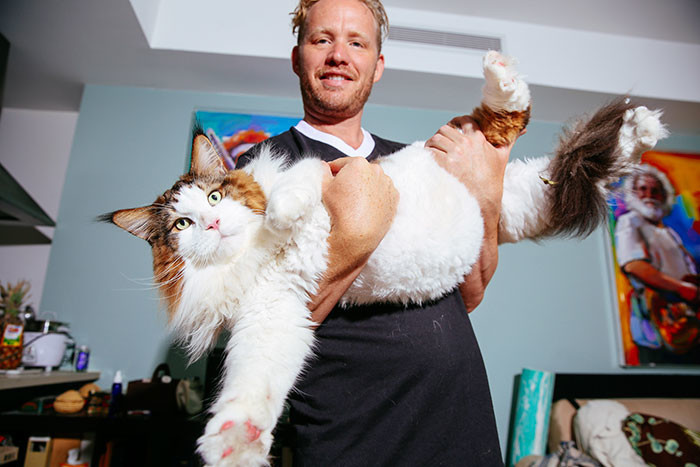 This cat’s name is Samson. It weighs about 13 kilograms, and its length from ears to tail is 1 meter 22 centimeters!

Recently, Samson became the owner of the honorary title of «The Biggest Cat in New York.»

Today Samson is the largest cat in the world. The previous holder of this title, Sturi the cat from Reno, Nevada, died in 2013. Since Samson’s length is only 9 millimeters less than that of the record holder, he may well be the largest living cat. 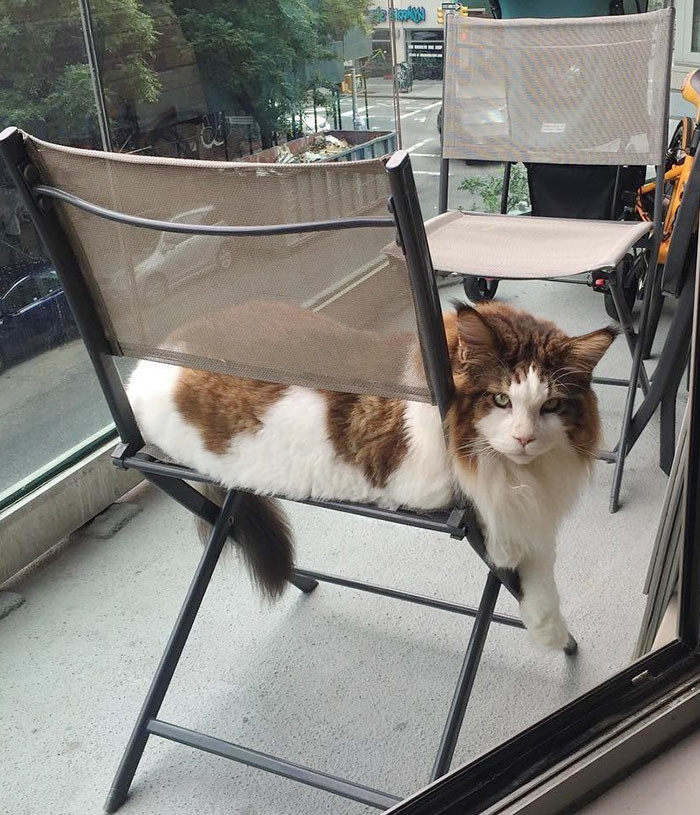 Despite the impressive weight and dimensions, Samson is very dexterous.

«He’s not fat or obese, he just has a muscular, stocky build like a husky,» says Samson’s owner, Jonathan.

«Samson is a very gentle cat, but he has character. A giant gentleman cat is about him!» the owners say. 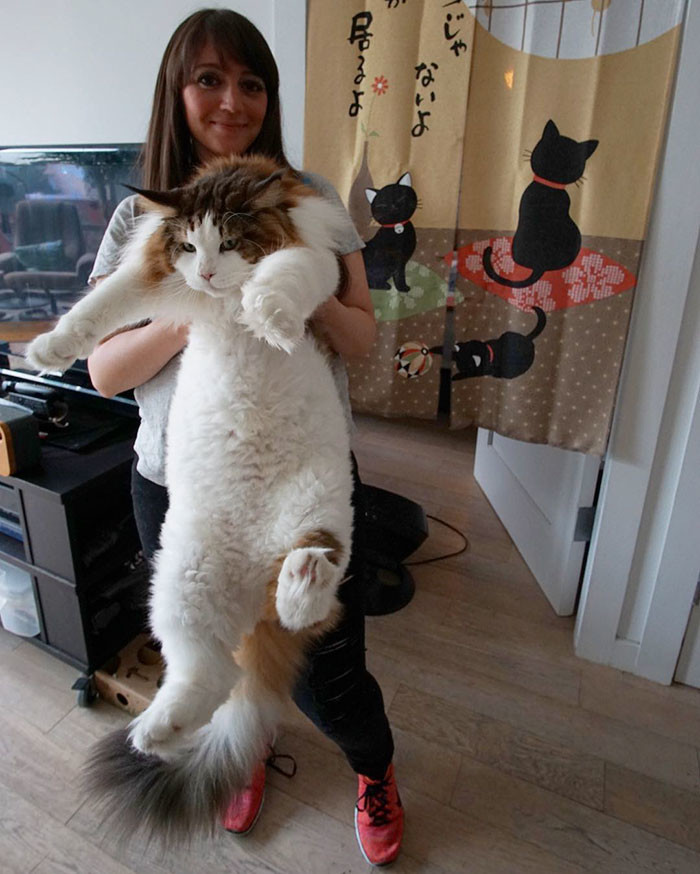 «He always waits at the door of the bedroom, and when he enters it in the morning, the first thing he does is jump on my stomach,» says Jonathan.

«Samson is a very kind, sweet and well-mannered cat.»