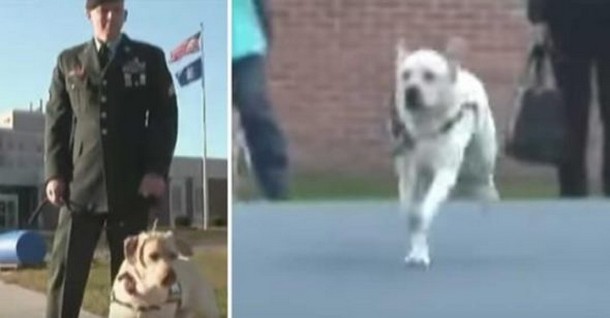 Bill Campbell became disabled after sustaining a head injury while in combat. When he returned home, family and friends worried whether he would be able to adjust to civilian life.

Fortunately, Bill was given a golden labrador named Pax, who is trained to help people with Post Traumatic Stress Disorder (PTSD). Thanks to Pax, the disabled veteran found peace and a desire to live.

Bill was so grateful to Pax that he wanted to meet the man who trained the dog. He found out that the dog had been trained at a women’s correctional facility in Bedford Hills, and the trainer’s name was Laurie. 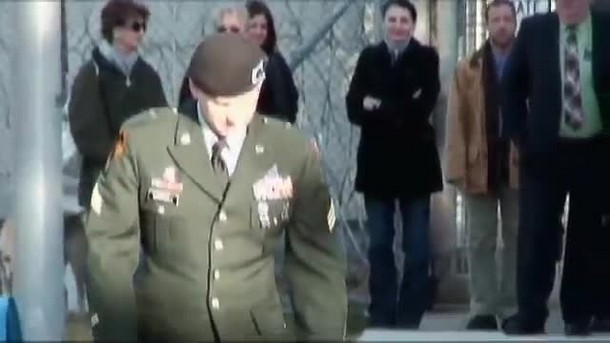 Once inside the penitentiary, the dog wagged its tail and became agitated. When the dog saw Laurie, Pax rushed to her. The woman, too, was delighted to see Pax to the point of tears.

She said that at one time the dog had changed her life, too. 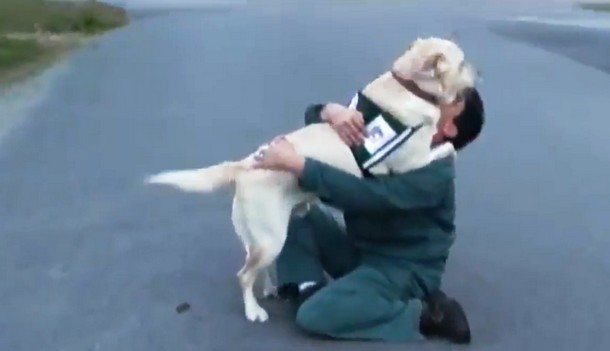 “I knew that since the dog was in training to help people with PTSD, it would make someone feel the freedom it gave me to feel here,” Laurie shared her memories.
“After talking with Pax, I realized that it was able to give me a gift that I hadn’t received from anyone else in my life. It restored a piece of my soul,” the woman said.