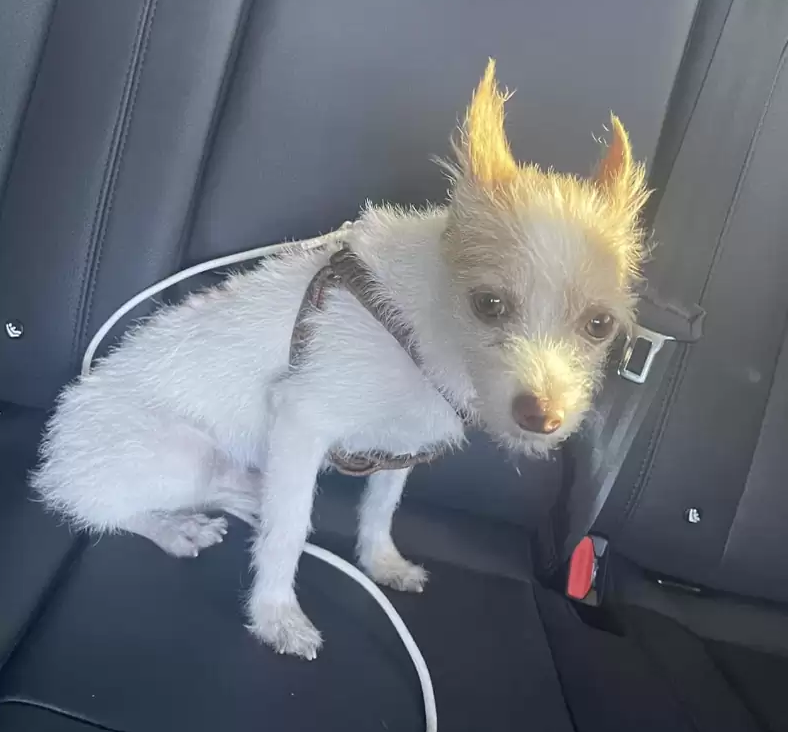 Stuart Little had the odds stacked against him. He was a tiny pup, weighing just under five pounds, when his previous family moved away and left him outside.

He then spent three months on his own, wandering the streets of Los Angeles and looking for his humans. 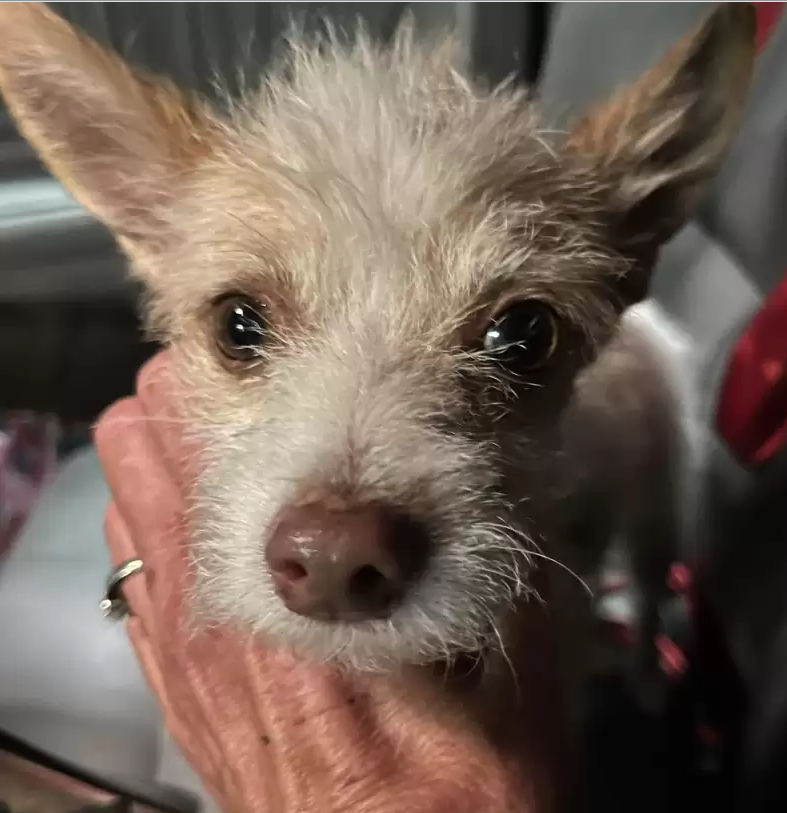 Since he was in survival mode, Stuart couldn’t rest much during that time. He spent most of the day scavenging for food, usually by approaching strangers and begging them for help, and he stayed alert at night.

One day, while looking for food, Stuart made his way over to a local police officer. He lifted his head towards the tall human, as he’d gotten used to doing over the past few months, hoping at least to get some food. He had no idea that his life was about to change forever.

The police officer looked at Stuart Little and realized immediately that the pup needed help. He called Suzette Hall, founder of Logan’s Legacy Rescue, and asked her if she had room for one more dog. Without hesitation, Hall got in her car and drove to Stuart’s location.

Stuart was exhausted by the time Hall picked him up, but he was so happy to be safe.

“When I got him in the car, he literally climbed over the center console and crawled into my lap,” Hall told The Dodo. “He slept like that the entire night.”

The next morning, Hall brought Stuart to the vet. Besides being underweight and covered in fleas, the tiny pup had no serious illnesses that needed treatment. So after a thorough bath and a brand-new meal plan, Stuart Little was ready to go into a loving foster home. 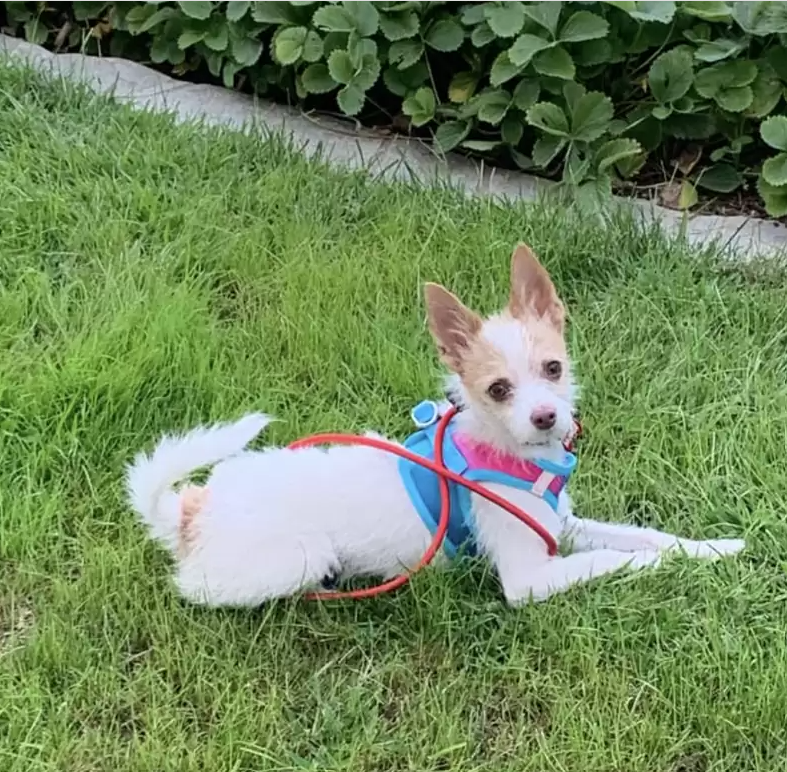 Stuart Little is currently in foster care and available for adoption. Although he’s still waiting on his happy ending, Stuart is loving this current chapter of life.

“His foster says that he is just the happiest boy ever,” Hall said.

Stuart shares his foster home with a puppy sibling, whom he can’t get enough of. He loves his foster mom and all of the fun activities they do together, but most of all, he loves his new safe space.

“He loves his little crate,” Hall said. “He goes into it every night and just falls asleep silently, quietly, with a full belly.”