I love to talk about my animals, but today my story has a different hero, a small thoroughbred dog, which, having grown old, has become completely unnecessary to its former owners.

A new period began in the life of the animal instead of a house, Businka was forced to live in a garbage dump and take care of her food on her own. 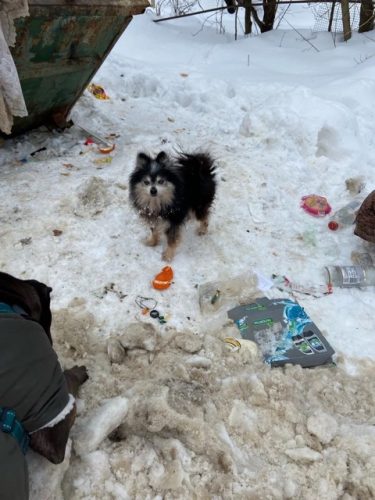 Bead appeared in a Spitz family when she was already three years old. The dog has a pathology of the hind leg, but she fully compensates for that small defect with an affectionate and kind character. Although Businka silt in the family, she was often sent outside to walk on her own. For a small dog, such walks are not safe, but the owners didn’t notice the potential risks.

The family generally treated the animal with indifference, it is not surprising that after a while Businka ended up on the street.

The dog was living in the garbage when another family noticed it. People took the cute little girl away, but it didn’t last long. Due to the fact that the dog had been eating waste for a long time, she had intestinal problems and at night she stained all the floors in the new house. People did not give the baby a second chance, but took her to the clinic and left her there.

Businka started a new tap of her life in a cage in a clinic. Veterinarians are often given abandoned pets and treated at their own expense. 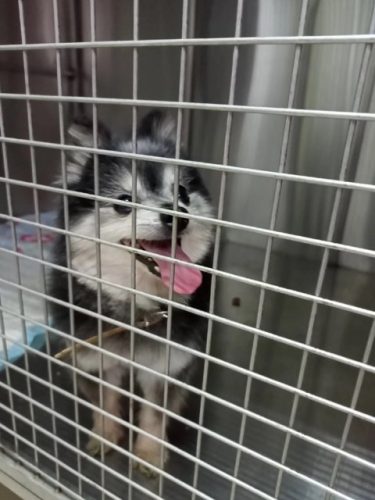 It also needed treatment, which was quite expensive. A neoplasm was found on the sick paw, there were problems with the teeth, gastrointestinal tract, hernias in the abdomen, and also a cold.

Doctors spared no effort and money, so Businka received all the treatment she needed, special food and diapers.

For several weeks, the baby had to bathe every day, because she went to the toilet just in a cage.But over time, Businka learned to take care of her needs while walking on the street.

When Businka’s condition improved, her hernias and tumors were removed, she was sterilized, and her teeth were treated.

The girl recovered very quickly and became active and playful. Although Businka has a disability and is at a respectable age, the dog is kind, affectionate, a wonderful companion.So I hope that they will quickly find a family for her.