January 2, 2010 Austin, an 11-year-old boy from British Columbia (Canada) was gathering firewood in the forest with his faithful and devoted friend, a golden retriever named Angel. That evening the dog did not behave as usual.

He was excited about something and as it turned out later, for good reason. A few meters away from the boy, the dog noticed a puma preparing to attack. 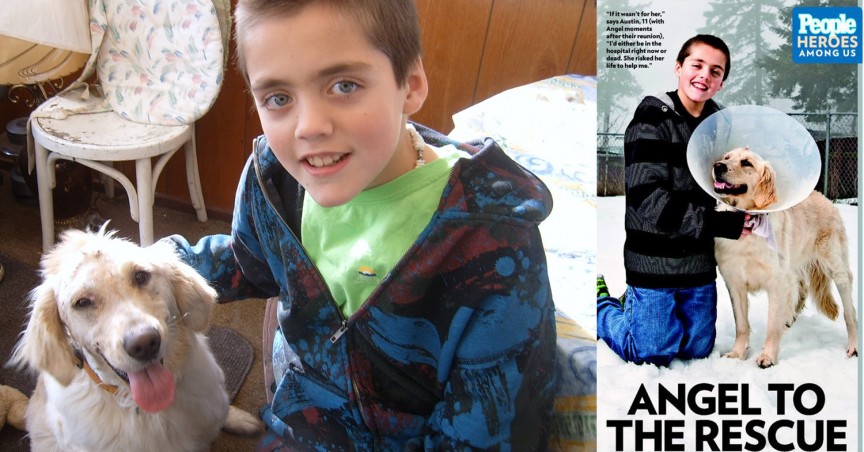 The angel instantly rushed to the predatory animal and took the attack on himself, entering into an unequal battle with him. Luckily, a police constable was nearby, who shot the cougar before it could tear the retriever to shreds.

«He was my best friend, and now he’s become even more dear to me,» Austin said, tossing Angel a large, fatty piece of meat.