In trying to hide their offspring, many cats find nooks and crannies that seem safe for babies. But the heroine of our story went too far with the search for the perfect home for kittens, choosing for the “family nest” … Moorgate – one of the busiest underground stations in London!

No, she did not hide the babies under the nearest bench – the cat brought the kittens right under the escalator. She did not stay there for long, because soon the station workers noticed her. They were amazed to see the mother and babies lying under the mechanism. 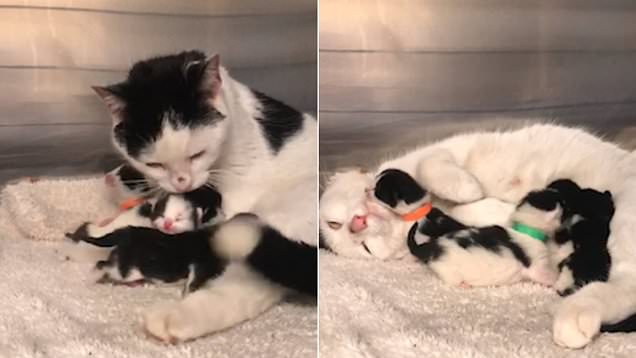 Without a doubt, it was dangerous to stay there, because the kittens could get out of hiding at any moment and die. The workers decided to call the animal rescue service to help them get the furry family out.

The babies were only a few days old, and they did not even have time to open their eyes. 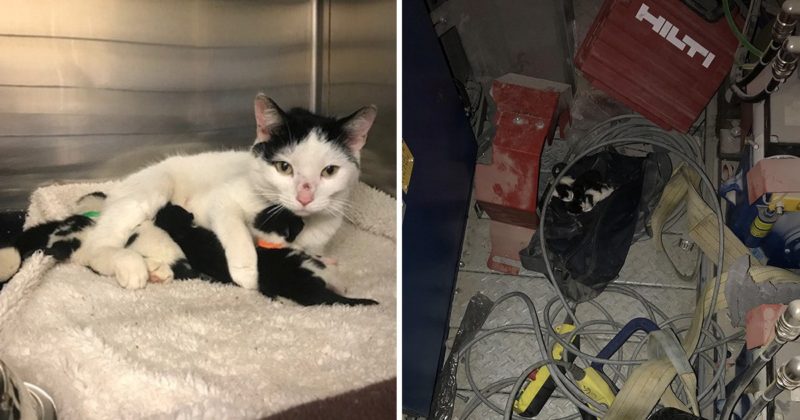 Carefully picking up the little ones, people carried them out of the shelter, and then prepared a trap for the cat. The kittens were taken to a veterinary clinic for doctors to take care of them.

They were very worried about the fate of the cat, because it was not clear where she was. Fortunately, a few hours later, the young mother fell into a trap, after which she was brought to the veterinary clinic to the kittens. 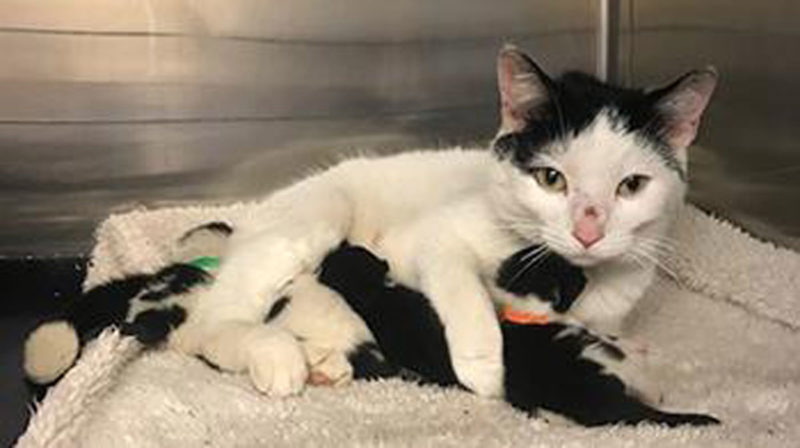 The director of the rescue service said that the cat was named Elizabeth – in honor of one of the subway lines. She had a scratched nose, but in general, the cat was in order, except for the lack of weight.

Currently, the whole fluffy family is in perfect order, and if the owner is not found, they will be sent to a shelter.

A Labrador hugs its owner after surgery
Pets are a part of our life. And even the thought of losing them
Entertainments 0 87

The young man has turned an 800-year-old cave into a cozy house: the result is amazing
Probably, this stunning cave has been an ordinary human house once upon a time.
Entertainments 0 16